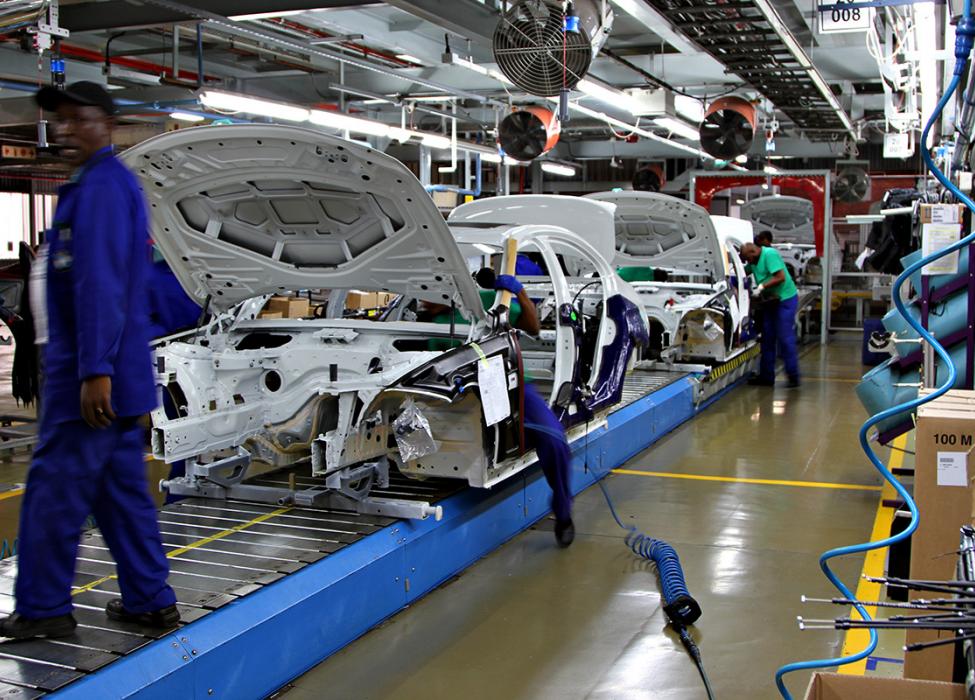 The government of Ethiopia has recently approved the country’s National Digital Transformation Strategy – Digital Ethiopia 2025, an initiative strongly informed and supported by the Pathways for Prosperity Commission’s work.

“This work would not have been possible without the immense contribution of the Pathways for Prosperity Commission and the Tony Blair Institute, MasterCard Foundation and Dalberg as well as the UNECA” said Myriam Said, responsible for Digital Transformation in the Office of the Prime Minister in Ethiopia.

Ethiopia is the most recent addition to the Pathways for Prosperity Commission’s real-world impact, which can also be seen in the actions of governments and multilaterals including in South Africa, Mongolia, the UN Economic Commission for Africa and the World Bank.

The work of the Commission – which concluded its two-year programme in January 2020 – will now be taken up by Digital Pathways at Oxford, a five-year research and policy engagement initiative at the Blavatnik School, partnering with a South African university (WITS) and an Indian think tank (IDFC), among others, with a focus on the governance of technology and a continued emphasis on inclusion.

Praising the work done on so far, Ethiopia’s Minister of Innovation and Technology, H.E. Dr Abraham Belay, has already invited Digital Pathways’s support on the implementation of the strategy. In addition, the Digital Pathways team is already working with officials in Benin to upgrade their digital plans.

When the Pathways for Prosperity Commission was established at the Blavatnik School in January 2018, discussion of technological change was widely negative and focused on richer countries (mostly on job losses caused by automation). In just two years the Commission has managed to turn this narrative into a more optimistic, inclusive and pragmatic conversation.

Impact in the developing world

The practical Digital Economy Kit has been refined through pilot phases in Ethiopia, Mongolia, and South Africa. In these phases, the Commission supported dialogues with key stakeholders, local partners and governments, to help them agree on priorities for national digital strategies.

In addition to these three pilot countries, Malawi and Bangladesh are also starting to adapt and use the Digital Economy Kit to develop their own digital strategies. A range of other countries are in discussions to do the same, and agreements are being developed with the UN Technology Bank and the United Nations Economic Commission for Africa (UNECA).

The World Bank is using the Commission’s work to shape its thinking (for example in the forthcoming World Development Report) and its investments (the Digital Economy Kit work has played into its grant-making priorities for the world’s poorest countries). Trade Ministers of the Commonwealth Secretariat are shaping their plans around the Commission’s research. The African Union’s draft digital transformation strategy leans heavily on language and concepts developed by the Commission, as does the International Telecommunication Union’s Broadband Commission for Sustainable Development.

Impact in the developed world

The UK Department for International Development (DFID) has reframed its whole digital strategy around one of the reports, with an insider noting that “the Commission is doing what we at DFID would want to do, if only we had the time”. Mastercard Foundation, one of the largest philanthropic organisations in the world, is using the research to shape its investment decisions for youth employment – calling Commission reports “their bible”. The Centre for Global Development (CGD) in Washington, D.C. has set up a new programme on data governance, explicitly taking up the baton from the Commission. The World Economic Forum is establishing a new Platform on Sustainable Development in the Fourth Industrial Revolution, partially based around Pathways analysis, launched in Davos in January 2020.