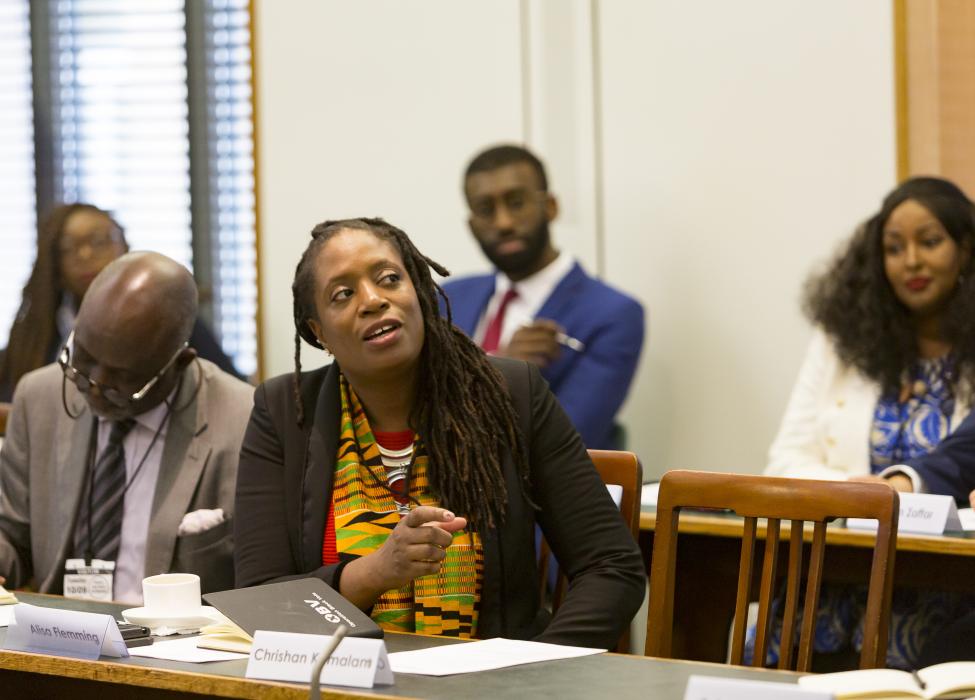 Last week saw 30 leading BAME (Black, Asian and Minority Ethnic) figures from across the UK – from councillors and activists, to a police officer and a doctor – convene in Oxford for the pilot Pathway to Success Leadership and Development Programme, a groundbreaking new initiative working to equip BAME individuals with the tools and knowledge required to stand for political office.

The programme, run by the UK Parliament and Operation Black Vote (OBV) in collaboration with the Blavatnik School of Government, Magdalen College and Lloyds Banking Group, was created in response to recommendations from Professor Sarah Childs’ The Good Parliament Report, and forms part of a diversity and inclusion strategy to tackle under-representation at senior levels in the House of Commons.

Participants were welcomed on Monday morning by Ngaire Woods, Dean of the Blavatnik School, and Simon Woolley, the founder and director of OBV, before embarking on a week of intensive coaching from leading academics and practitioners across a range of fields. These included a talk from Marcus Bell, director of the UK government’s Race Disparity Unit, on the inner workings of Whitehall; a political campaigning session with Parag Mehta, the executive director of Mastercard’s Center for Inclusive Growth and a seasoned political campaigner in the US; and an insight into Roma history and the challenges of racism from Dijana Pavlović, an actress and Roma rights activist in Italy.

Participants also visited the Houses of Parliament and met with the Speaker of the House of Commons, John Bercow, and put their debating skills to the test in a lively exchange at the Oxford Union.

Emily Jones, Associate Professor in Public Policy at the Blavatnik School, who led a masterclass on negotiating skills as part of the programme, said: “At a time when frontline politics in the UK are at a low point, I found it really inspiring to work with this exceptional group. I was struck by their palpable commitment to serve in the public interest and their rootedness in the day-to-day realities of UK citizens.”

The Pathway to Success programme provides a unique opportunity for participants from under-represented communities to equip themselves with the knowledge and skills to step into the political fore. The programme’s aims reflect the Blavatnik School’s continued efforts to promote diversity in leadership, ensuring that governments can better represent those they serve.