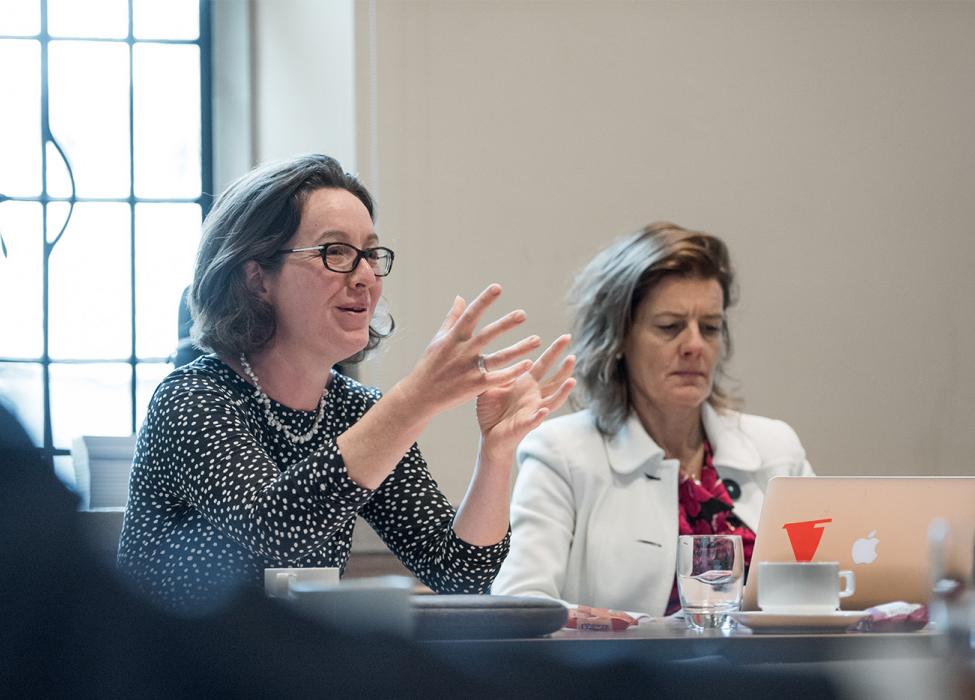 Dr Emily Jones is an Associate Professor in Public Policy and Director of the Global Economic Governance Programme. Her research asks how we can make the global economy fairer, and she has a particular interest in how the governments of developing countries, more specifically African nations, interact with the global economy.

In the wake of the 2008 global financial crisis, banking regulators from the world’s largest financial centres came together to design new standards for regulating international banks. The standards, dubbed “Basel III”, sought to deter banks from engaging in the risky behaviour that precipitated the crisis. Emily’s main project examines the politics of banking regulation in low-income countries, and why in many cases bank regulators of developing countries are working hard to implement the very latest international standards.

“If global standards aren’t designed for a low-income country context, why are regulators adopting them? Evidence shows that there are problems with transferring the standards, so we wanted to unpack why they’re making these decisions.”

The project found that pressures of financial globalisation contribute greatly to developing countries’ interest in adopting international standards. In doing so, they aim to establish themselves as global banking hubs and attract foreign investors. Large banks in developing countries are another key driver. Post-financial crisis, many European and American banks left Africa, leaving room for national banks to expand into other African countries. These banks are relative newcomers to the international scene and have to work hard to assure regulators in other jurisdictions, as well as international investors and credit ratings agencies, that they are well-regulated at the parent level. “Implementing global standards is a way of proving their credentials and gaining access to other countries’ financial sectors.”

“That’s not always practical; countries have very strong reasons for implementing these standards, so you need to change the standards, not tell countries to behave differently. We want low-income countries to be better represented in the international decision-making process.”

Closer to home, she has been helping the UK government prepare for trade negotiations post-Brexit, training government officials on negotiating international trade agreements. She has also given talks on the development implications of UK trade policy.  “Depending on the nature of the Brexit deal, the UK may need to forge new deals with its trading partners, including many developing countries, so we need to think about ways to ensure that UK trade policy supports sustainable and inclusive development.”

In 2017 Emily convened a workshop of policy experts, NGOs, and businesses to identify policy proposals for ensuring that UK trade policy supports development. She sits on two expert advisory groups in the Department for International Trade; one on the development aspect of trade agreements; the other looking at labour standards and environment, both internationally and within the UK. “We need to think about how independent UK agreements can improve upon what the EU already does.”

She is concerned that UK trade policymaking is opened up to a wide range of stakeholders and proper parliamentary oversight. “There must be an effort to ensure that there’s enough stakeholder input post-Brexit, and that processes are properly scrutinised. Current proposals do not allow for this.”