A practitioner training course: integrity and values in government 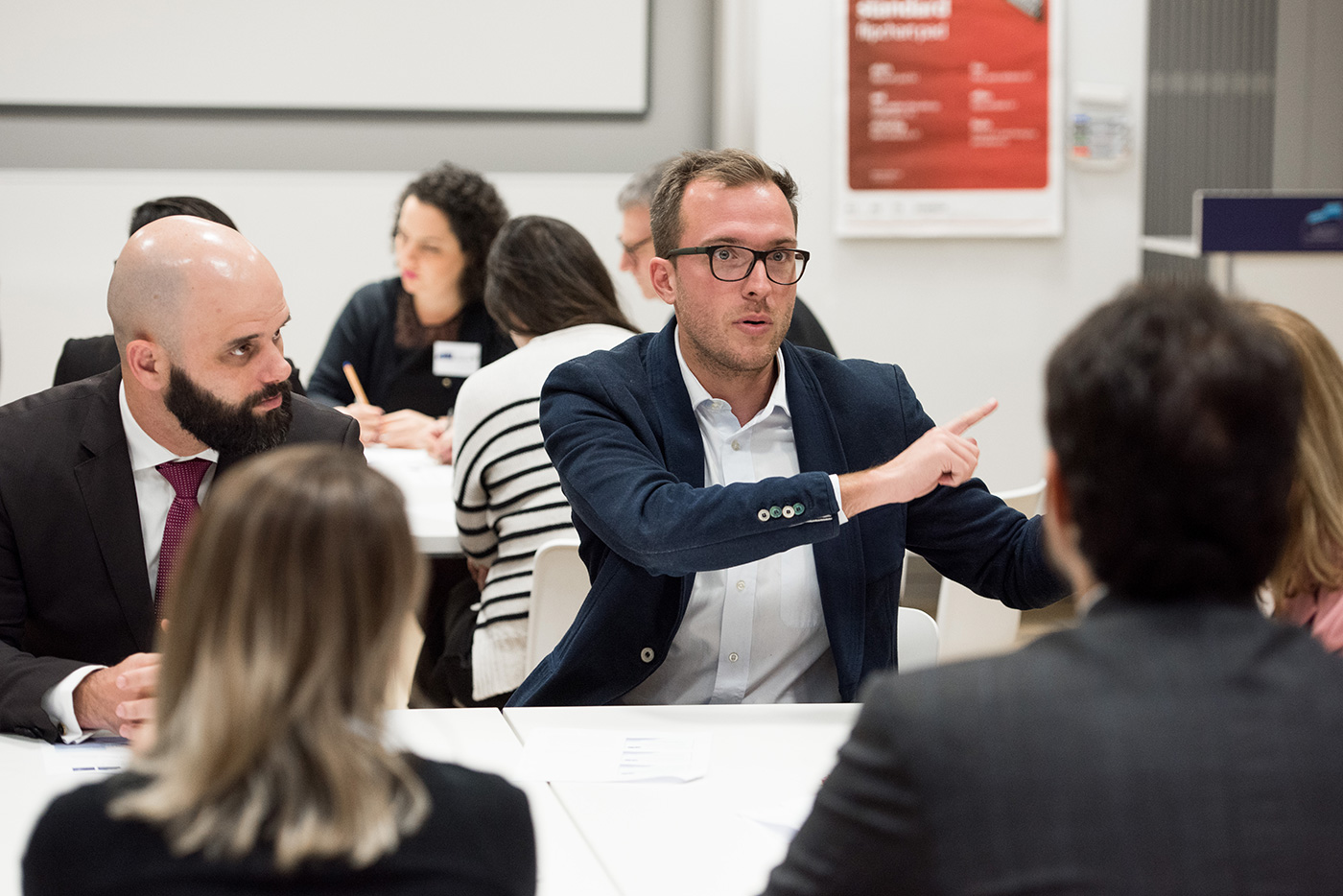 This January the Blavatnik School of Government welcomed 31 Lemann Fellows and four MPP alumni to its ‘Integrity and Values in Government’ executive training course. The first of its kind at the School, the three-day course comprised seminars and lectures discussing the concepts of integrity and corruption, as well as case studies of countries fighting high levels of corruption or dealing with prominent scandals.

The Lemann Fellows were all Brazilian, identified by the Lemann Foundation as promising young leaders who intend to run for public office in the October elections this year. Many had flown from states located thousands of kilometres from the centre of national government in Brazil. Some had never been abroad before. All arrived, however, having shared with the School their views on how best to define corruption, the kind of threats that it poses, and how institutions and political systems might be protected from it.

“The course reminded me a lot of situations I had with my team. I feel grateful—and I feel that being aware that we are not alone gives us motivation and support to go through the difficult journey of participating in the construction of a better world.” — Cristina Lopes Afonso, city councillor in Goiânia since 2013.


These interpretations formed the raw material of the first session, led by philosopher Jo Wolff, on the relationship between integrity and corruption. To start the discussion, Professor Wolff asked the group, “If those in a public institution are not acting corruptly because they are focused on obeying rules, what confidence should we have that they won’t engage in corruption when the opportunity arises—when the rules are weakened, or cease to be enforced?” How exactly public institutions might build integrity, by promoting new norms or by being structured more strategically, was the subject of Prof Wolff’s second lecture.

Other speakers delved into the distinction between individual integrity and institutional integrity. Tom Simpson explained how it is possible for public organisations to lack integrity if they fail to fulfil a legitimate purpose, even if every member of the organisation possesses a strong moral code. This prompted a discussion about the value of government audits, and the tendencies of public accountability institutions to seek to detect instances of corruption, but to leave the question of whether an institution is achieving what it was set out to do open to interpretation.

Between lectures the participants split into small seminar groups to debate and clarify issues as they arose—and to apply them to Brazil. One seminar group run in Portuguese applied Professor Wolff’s analogy of three guards protecting a safe—which he described in a recent blog post—to the structure of Brazil’s web of accountability institutions.

“As an activist and academic, about to become a politician, I’ll go back to Brazil more prepared and aware of the challenges to come.” — Pedro Henrique de Cristo, creator of Digital Agora, an initiative to bring together representative and direct democracy in Rio de Janeiro.


The course featured a lecture devoted to the 2009 MP’s expenses scandal in the UK (delivered by Dr Stewart Wood, a Fellow of Practice at the School and member of the UK House of Lords); a lecture about fighting against kleptocratic state capture in Russia (by associate faculty member Dr  Jody LaPorte); and one on dilemmas that practitioners commonly face in government procurement, delivered as a bottom-up case-study discussion by Karthik Ramanna, professor of business and public policy. Professor Ngaire Woods, the School’s dean, linked the concepts of corruption, public integrity and low trust in government, to the rise in popularism currently sweeping many countries around the world—in Brazil’s case this is exemplified by the substantial support enjoyed by Jair Bolsonaro, pre-candidate in the 2018 presidential election.

On the final day, the Lemann Fellows toured Oxford’s historical delights. They then left ready, the Building Integrity team hopes, to infuse the intense political debates expected later this year with sound reasoning and practical ideas about how to raise the integrity of Brazil’s public institutions.

Anna Petherick is a postdoctoral researcher in the School’s Building Integrity Programme.
Integrity