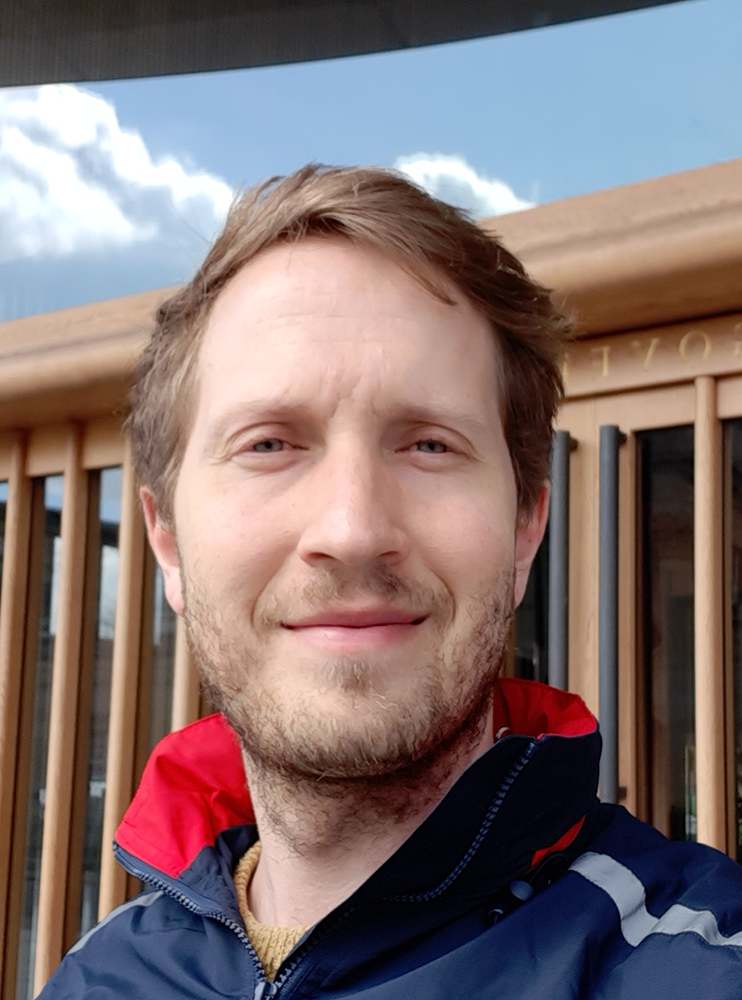 Yair Leibel (MPP 2019) joins the Blavatnik School of Government as a Public Service Scholar, in recognition of his unwavering dedication to public service. Before joining the School, Yair was involved in the founding and development of the International School of Peace for refugee children in Lesbos, Greece.

In 2016, more than 4.8 million Syrians fled their country as a result of the civil war. “At that time in Israel we were beginning to acknowledge the scale of the crisis, so we developed this initiative to build a school in Lesbos,” says Yair. The school is a collaboration between Hatzomer Hashair, a Jewish Zionist youth movement, and Ajial, a Palestinian youth group. The project aimed to build on both groups’ existing experience of social empowerment and bridging divides in Israel. An initial crowd funder raised around US$130,000 from more than 1,800 people; however, turning the idea into reality on the ground in Lesbos presented numerous challenges.

“Most people working on the island were full of good intentions, but without the structure and understanding of what to do with those intentions, you can’t be effective. This struck me as one of the major issues in Lesbos.”

Finding themselves unable to collaborate with any of the many organisations already working on the island led to the development of one of the school’s fundamental guiding principles. “We had to get rid of our expectations and start working with the community – not just for them – and be guided by them on how we could help. The school exists to empower the community, and to value the skills and ideas that its members bring.”

Yair’s decision to embark on the Master of Public Policy (MPP) was influenced by the challenges he faced working at the International School of Peace: “First my role was about creating trust in the community, then recruiting teachers and collaborating with different authorities on the island, then the day-to-day running of the school. I needed to be an effective communication point between multiple stakeholders, which was a challenge.” By the time the school reached 200 students, it was developing significant influence in the community, extending beyond the students to their parents, neighbours, and also the teachers, who all came from the community of refugees. “We could see the impact we were having in giving the children back their childhood and making sure they had meaningful adult figures in their lives – but we had to deal with a lot of bureaucracy and apathy, too.” For Yair, this meant becoming aware that to truly change the system, one needs to work at an institutional level as well as on the ground.

When Professor Yuli Tamir, President of Shenkar College and a Blavatnik School adjunct faculty member, visited the school in Lesbos, Yair discussed the challenges he was facing with her. “Yuli suggested I look into the MPP at Oxford. It was the first time I heard about it. I started to look at the curriculum and saw topics I had never studied before, like law and economics. It was a bit intimidating, but I felt a call and a responsibility.”

“The course is equipping me with the knowledge and skills that, coupled with my previous experiences, can help me go out into the world and drive change on a larger scale.”

Yair is enjoying the intellectual challenge of drawing together different elements of the course to understand the wider picture.

“The most satisfying part of the MPP for me is the combination of subjects – I feel like each new module creates a new compartment in my brain, and to start connecting those different compartments is really rewarding.”

Having spent his professional life among fellow educators, Yair cites the diversity of the MPP class as a powerful element of studying at the Blavatnik School.

“Each new friend here is a new world, a new language and a new perspective. It’s important to know how to work with people who have different ideas and approaches, and the MPP really brings to life this aspect of learning.”

While many MPP students come to the course with a set plan or career goal, for Yair this year is offering the opportunity for reflection. Having gained an understanding of the institutions that once seemed intimidating – in some cases helped by studying alongside classmates who come from those institutions – the MPP has given Yair a new framework through which to approach his goals. “When we go back into the world of work at the end of this course, we all have the responsibility to use this experience and knowledge to act in a more understanding, well-rounded way,” he says. After the MPP, Yair hopes to return to the Middle East and invest in trust-building between the various groups in Israeli society and the wider region: “Lesbos showed me that people – whether Syrian, Afghan, Iranian, Israeli – are capable of working together, and most people want to do the right thing. We need to make better use of our resources and promote the idea that there is room for everyone. With this, people might start to feel less frustrated about their grievances as the result of someone else’s privilege, and things can really be different.”

Yair is a Public Service Scholar and a Zegarac-Pollock Family Foundation Scholar.