What can governments do if they want the support of their citizens? 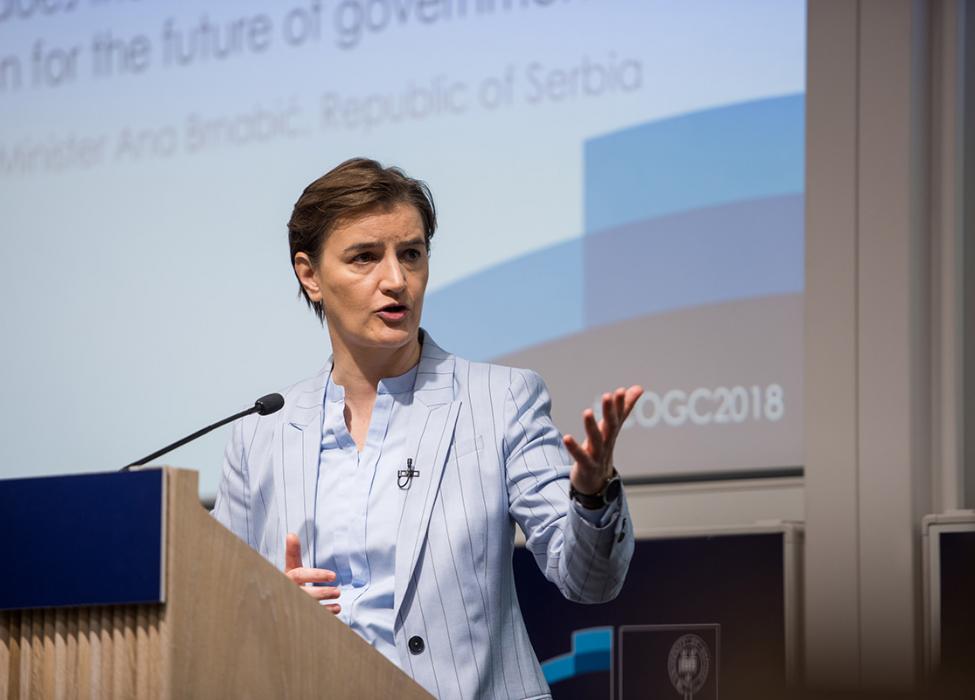 What's the 'future of government' in an era of changing politics, technological revolution, and growing inequality?

This was the theme of the Blavatnik School's annual Challenges of Government Conference. Over 300 participants from around 80 countries joined our faculty, students and staff for the two-day event, which featured keynote speeches from Serbian Prime Minister Ana Brnabić and Jennifer Musisi of Kampala Capital City Authority.

The list of speakers included, amongst many others, Canada's chief trade commissioner Ailish Campbell; YouTube's chief of staff (and MPP alumnus) Alexander Diaz; Diego Piacentini, who led the digital transformation for the Italian government; Vera Songwe, executive secretary of the UN Economic Commission for Africa; Bronwyn Hayward, one of the authors of the recent IPCC report on climate change; Sir Clive Cowdery, founder and chairman of the Resolution Group; and Jamie Drummond, co-founder of advocacy organisation ONE.

At the end of the conference, Professor Ngaire Woods, dean of the Blavatnik School, shared the following five thoughts on what governments urgently need to be doing if they want the support of their citizens:

The Blavatnik School would like to thank McKinsey Center for Government who made it possible for the School to make the conference accessible to all.

All the panel discussions and keynote speeches are available to watch online.

If you are interested in attending future Challenges of Government Conferences register your interest here.