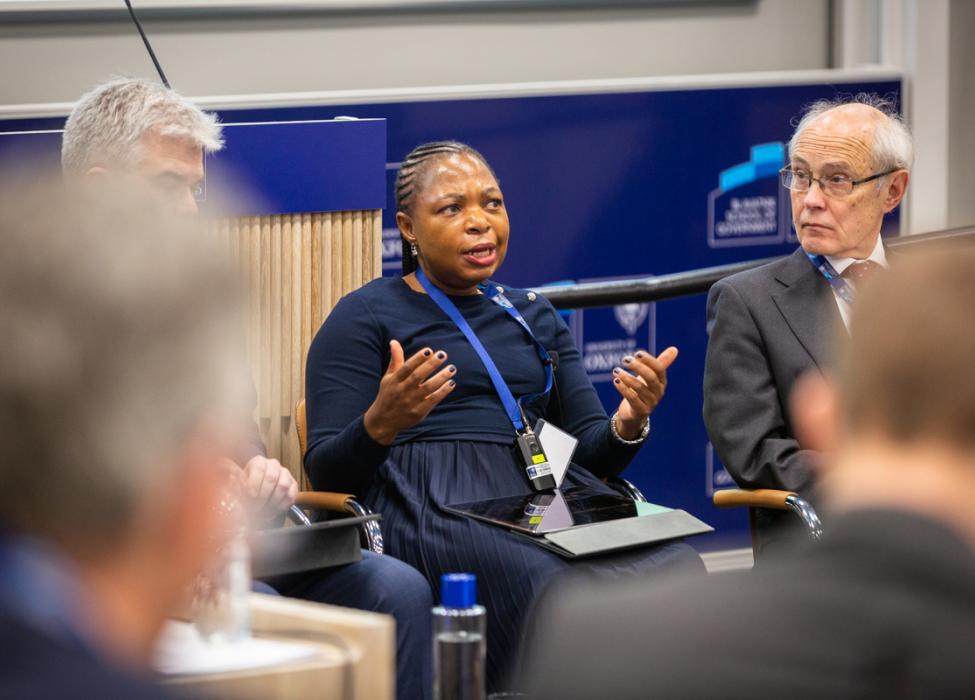 The first DFI Forum at the Blavatnik School in 2019. Credit: Bright Lens.

It is estimated that, by 2030, half of the world’s population will live in countries that are fragile, often as a result of conflict and lack of state legitimacy and effectiveness. The International Growth Centre, a partnership between the Blavatnik School and the London School of Economics (LSE), recently launched the Reducing State Fragilities initiative, which will take recommendations on tackling this challenge into practice, building on previous work and establishing a high-level council that includes former heads of government.

The Rockefeller Foundation has extended its philanthropic support to the International Growth Centre with a grant of $250,000 to support the initiative, which will help implement recommendations from LSE-Oxford Commission on State Fragility, Growth, and Development.

State fragility is increasingly seen as a key driver of extreme poverty, and of the mass migration, terrorism, and trafficking that has sparked global insecurity in an increasingly interconnected and interdependent world. The COVID-19 pandemic poses a particular challenge in fragile settings. Addressing these challenges and advancing inclusive economies require confronting the difficulties that state fragility poses for development. Reducing State Fragilities will rethink approaches to state fragility at both global and national levels.

“In contexts of state fragility, we face radical uncertainty – and identifying effective approaches to address state fragility requires experimentation and active learning”, says Paul Collier, Professor of Economics and Public Policy at the Blavatnik School and one of the academic leads of the Reducing State Fragilities initiative. “This is what we hope to achieve in our work with national and international actors.”

Reducing State Fragilities will also support the DFI Fragility Forum, a forum of almost 30 development finance institutions working collaboratively to increase the effectiveness of their operations and investments in fragile contexts (read a summary of the inaugural 2019 event). Additionally, Reducing State Fragilities will provide support at the national level to governments of states undergoing pivotal moments where international assistance may support a transition out of fragility.

“The work of the Reducing State Fragilities initiative has arguably never been so urgent, and the IGC is grateful for the support and partnership of The Rockefeller Foundation, which has made it possible for us to support policymakers and promote collaboration among international institutions at this critical time,” said Jonathan Leape, Executive Director of the IGC.