The Blavatnik School of Government's People in Government Lab (PeopleGov) welcomes Renata Lemos, Senior Economist at the World Bank Education Unit, for the second talk of its PeopleGov Speaker Series.

Politics has long driven the selection of school managers in Latin America, to the detriment of managerial quality and student learning. Join Renata Lemos as she discusses her research in Peru, investigating the introduction of a merit-based civil service examination for school management positions in 2014, moving away from political appointments as the main selection mechanism. The researchers compared schools where the school manager failed the examination and was replaced, to schools where managers passed and retained their post. The immediate impact of the reform on learning was negative, and mostly driven by rural schools. Exploring the mechanisms behind this effect, the researchers suggested that it was driven by lower supply of candidates and smaller skill gains by new managers in rural relative to urban schools. Using new data from a large-scale manager performance evaluation, they showed that while first-time managers catch up to their peers within four years, there is no meaningful effect on learning.

The findings, which highlight the importance of considering the local context in the design of national education policies, have led the Peruvian government to introduce a new career path for managers in rural schools focusing on improvements to the selection margin.

This event will be streamed on our YouTube channel. 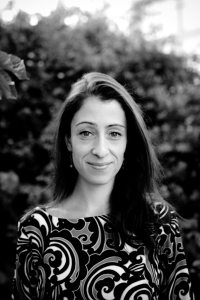 Renata Lemos is a Senior Economist at the World Bank Education Unit.

Her research field is applied micro-economics. Her interests include topics in managerial and organisational economics, labour economics, economics of education and development economics.

See all events
On 'Auschwitz': reflecting on the meaning of absolute death

Fiscal systems and digital: How to tax for innovation