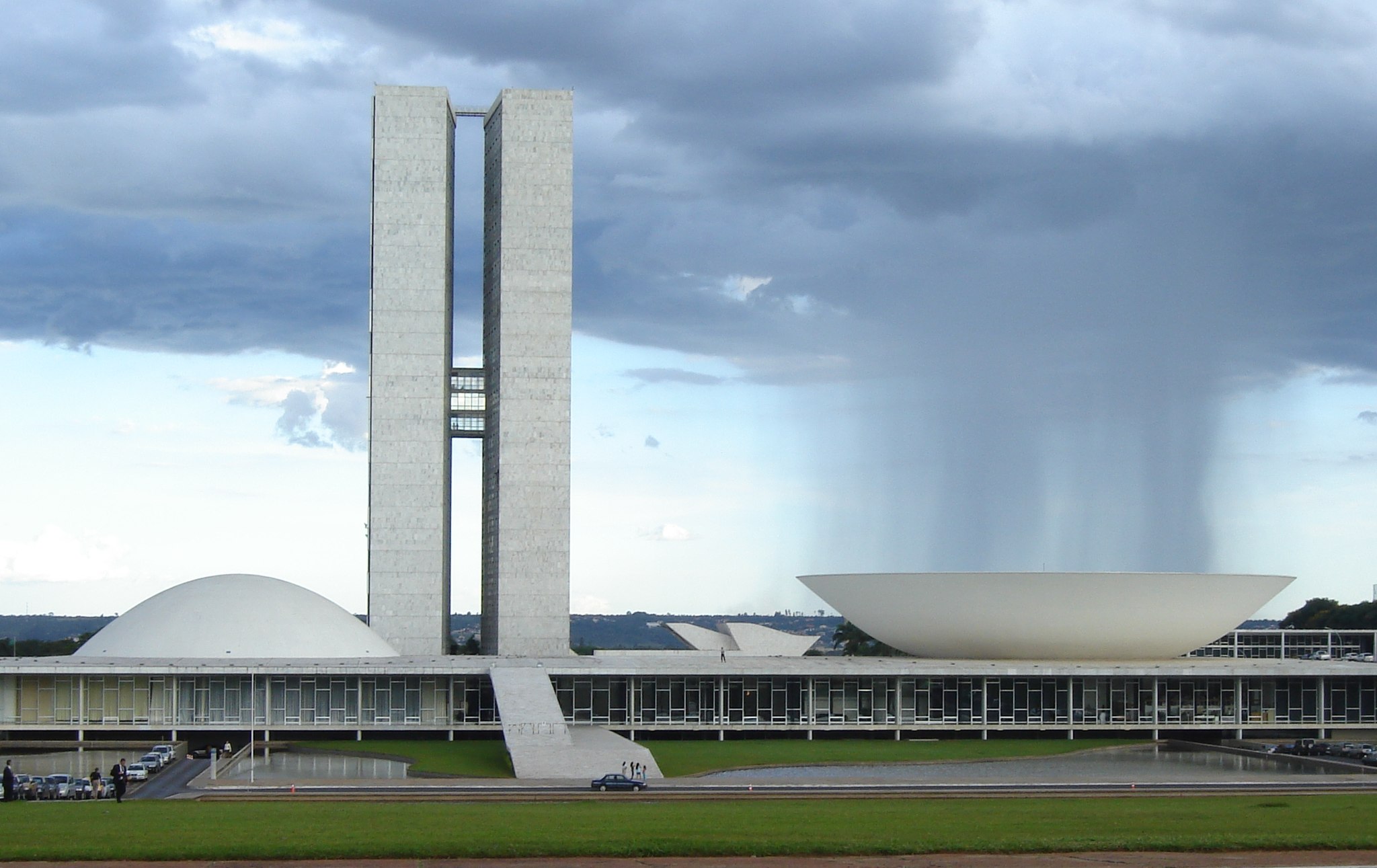 The term ‘bureaucracy’ has become synonymous with delays, complications and malfunctioning of the state. Gabriela Lotta’s research brings a new perspective.

A professor and researcher of Public Administration and Government at the Getúlio Vargas Foundation (FGV) in São Paulo, Brazil and the new Lemann Visiting Fellow of Practice for 2021, Gabriela Lotta focuses on the relationship between bureaucracy and the implementation ofpublic policy.

While visiting Oxford in Michaelmas term 2021, she will present her work on bureaucratic resistance to political interference in Brazil at the Blavatnik School’s faculty research seminar. She will also hold a workshop for MPP students. In anticipation of her visit, a recent graduate of the MPP and research assistant for the Lemann Foundation Programme, João Pedro Caleiro (MPP 2020), sat down with her to find out more about her work.

From outside of academia, bureaucracy seems like an arid subject. But it is by encountering the bureaucracy that citizens meet the State. What made you interested in this theme?

First, part of this understanding of bureaucracy as dry has to do with what we mean by the word. In common sense, we talk of bureaucracy as the bad side of the State: what does not work, the excess of paperwork, requirements, and time. But in academia, the term is connected to the organisations and actors that are part of the State machine. And this concept is not pejorative – on the contrary. I really enjoy reading Weber, one of the founding fathers of bureaucratic theory. And he would say that building the bureaucratic state was one of the conditions for modernising the state and building democracies, because they are both based on rules, laws and procedures that are impersonal, guaranteeing that every citizen will be treated equally. If there are so many privileges in societies with bureaucracies, imagine if we did not have bureaucracies.

Bureaucracy is a fundamental element of democracy and if democracy is not operating well, part of it might be explained by bureaucratic disfunctions. Studying bureaucracy means studying how the State materialises rights and aids the functioning of society for all citizens, which are fascinating themes. I have always enjoyed studying people, learning about their trajectories, understanding decisions, watching behaviours, interactions, and relationships. I am intrigued by the human side of public service, wherein many areas people go in with a passion and a calling to change the world. Teachers are passionate about education, health professionals are committed to providing care to their patients, police officers believe they are protecting society, public managers believe they will transform the world. But day-to-day service and difficulties like the lack of resources, excess demands, and political interference transform dreams and vocations into frustration.

Even then, bureaucrats wake up every day to try to find solutions to citizens’ problems. Often, they put themselves at risk – literally and metaphorically – for what they believe. And that is what I love to study. Because I believe the State is essential for democracy and improving quality of life, understanding bureaucracy and proposing solutions to make it better are ways to contribute to democracy and the wellbeing of the population.

Some of your recent work was about the strategies used by bureaucrats to resist political interference in Brazil. What are these strategies?

We are still in the middle of this research. We did about 100 interviews and plan to get close to 200. We are talking with Brazilian federal civil servants in different areas, involved in different government policies, mapping the strategies of political interference to which they are being subjected. There has been a clear dismantling process of various public policies in recent years – environmental and health policies are the most evident, but there are countless cases. Part of this is connected to weakening or attacking the bureaucracy, because without bureaucratic resistance, the dismantling of these policies is easier.

We found various forms of interference and strategies of weakening or attacking, some more individual, some more collective, some formal and some informal. A couple of examples are censorship laws that prohibit public civil servants from talking or publishing any information (even in research centres); we have had complaints of moral harassment, as well as attempts to persecute servants. On the other hand, we are analysing how public servants react to this. We have found that initially, there were attempts for open and individualised reactions – public servants would complain, denounce and publish texts. But as the context has intensified, we have seen strategies that are not public and individualised, but private and collective.

One of the most common strategies currently employed by these public servants involves actions that rely on union support and that seek external help – in the justice system or the prosecutor’s office. The feeling is that the latent misalignment of incentives and hence the low-level conflict between politicians and bureaucrats, common in healthy bureaucracies around the world, has taken on a new face in Brazil, with non-institutionalised practices that take away the bureaucracy’s ability to stand up to politicians. It’s like a smothering of the capacity of bureaucratic reaction that makes the dismantling of public policies easier.

You’ve also studied the performance of street-level bureaucrats during the pandemic. What caught your attention or surprised you in writing this study?

We wrote the research early in the pandemic to capture how frontline professionals in various public services – conceptually called street-level bureaucrats – were experiencing their jobs in that context. For many, the pandemic made their interactions with citizens and each other dangerous. The need for social distancing resulted in various frontline workers, such as teachers, turning to remote work. But for other professions, such as healthcare work, public security, and social assistance professionals, remote work does not exist. Many of these street-level bureaucrats had to work in person to face the disease and its consequences.

To study how these professionals were facing the challenge of being on the frontline during a pandemic, to July 2021, we ran five rounds of a survey (an online questionnaire) with health professionals, and three rounds with social assistance professionals and public safety.

The results are sad and yet still surprising: the frontline is completely unattended and forsaken. Most professionals in these areas did not receive personal protective equipment such as masks, nor did they receive any training or government support. They have been unprepared, working in fear, and their mental health has been shaken. The situation is critical, especially most recently, 16 months later. We are putting our professionals at risk and the consequence is a reduction in the quality and quantity of services provided.

The research has shown the importance of taking care of frontline personnel during a crisis, as they are often the hardest hit as well as being critical for other citizens’ wellbeing and survival. Their work is profoundly altered – be it by staying in person or changing to remote work. The population needs them, especially in a moment of economic and social crisis like the one we are in. Taking care of frontline personnel is taking care of the population. And the carelessness shown to them is another facet of the tragedy of Brazil’s handling of the pandemic, which has so far cost more than 600,000 lives in the country.

Now we are at a different stage of the pandemic, with widespread vaccination and less pressure on health systems. But there is also fatigue and accumulated demands. Is it possible to predict what will be the greatest challenges faced by those same street-level bureaucrats in the rebuilding phase?

Vaccination has set a different landscape for frontline health workers, especially in the first few months of vaccine rollout, when Brazil still had many cases and deaths. If earlier on the emphasis was to care for the infected, vaccination has brought a new priority of preventative healthcare. In those first few months, healthcare professionals had to redouble their efforts because they needed to take care of the sick and push forward the vaccination programme, which took a lot of time and energy.

COVID-19 vaccination has brought new challenges to Brazil, as it has for other countries. First, it’s the first time that the country has sought to vaccinate 100 per cent of its adult and young population; we’ve never tried to run a vaccination programme at such scale. Second, other vaccination campaigns have been run by simply being open for those demanding jabs. But this one has struggled with a shortage of vaccine doses. The shortage of vaccines has meant an inhumane pressure on health workers, often from citizens who did not match the priority profile at any given time. Health workers have also had to start checking age, comorbidities, place of birth, etc., which also does not happen in a normal vaccination programme. Third, in Brazil at least, the safety and efficacy of a vaccine have never previously been so publicly contested. Healthcare workers were often bombarded with questions about these issues.

After almost eight months of its COVID-19 vaccination campaign, Brazil now has a good pace of vaccine rollout, though there are still shortages. There are still many challenges, like parts of the country that are hard to reach, or guaranteeing the availability of second doses – and more recent questions over third doses and the vaccination of children. The challenge is far from over.

Street-level bureaucrats in healthcare face important new demands: reactivating preventative services and more broadly catching up in the response to the everyday medical needs of the population, which fell behind during the pandemic. A significant portion of the population postponed preventative services, annual consultations, or even small treatments. Consequently, many health problems went undiagnosed. Then there’s long COVID, the full impact of which is unknown. All this likely means greater demands on the healthcare system while the vaccination campaign is ongoing – which means more overwork for professionals who have been working throughout the pandemic with little or no break.

Gabriela Lotta is the 2021 Lemann Visiting Fellow of Practice as part of the Blavatnik School of Government’s partnership with the Lemann Foundation. 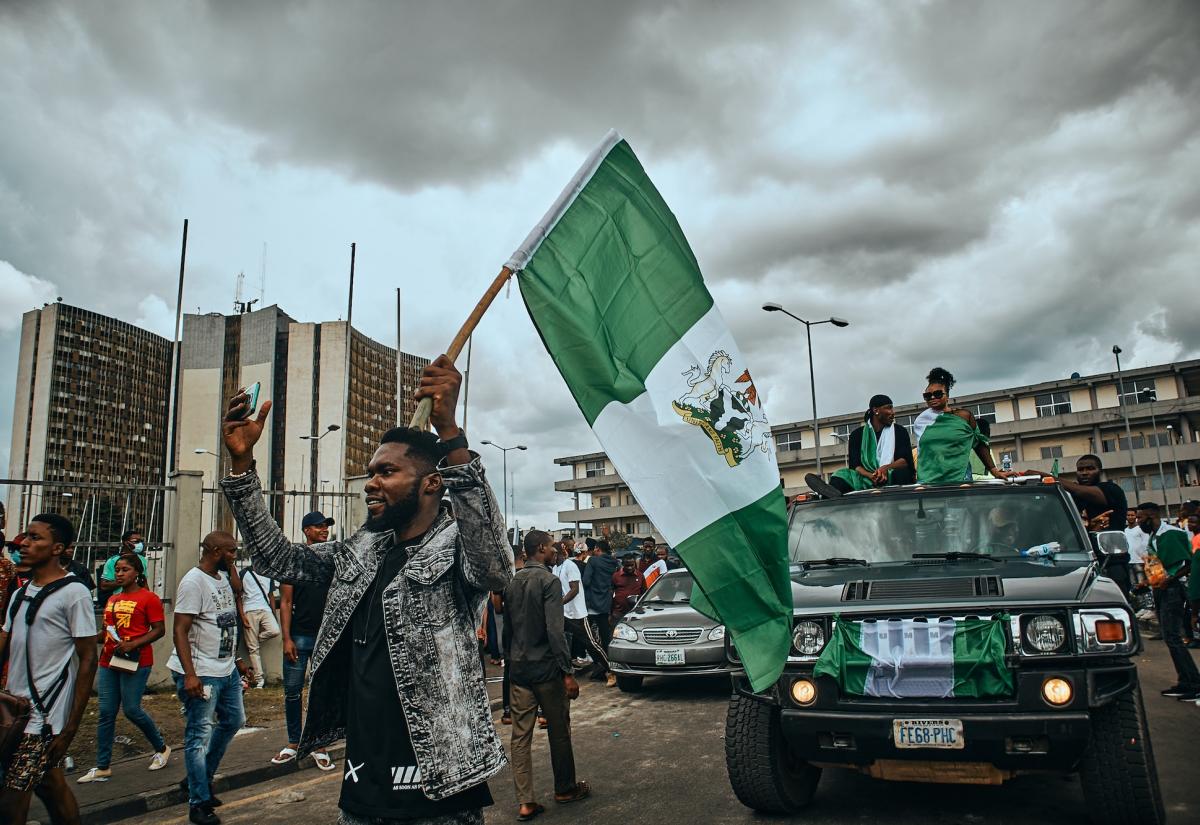