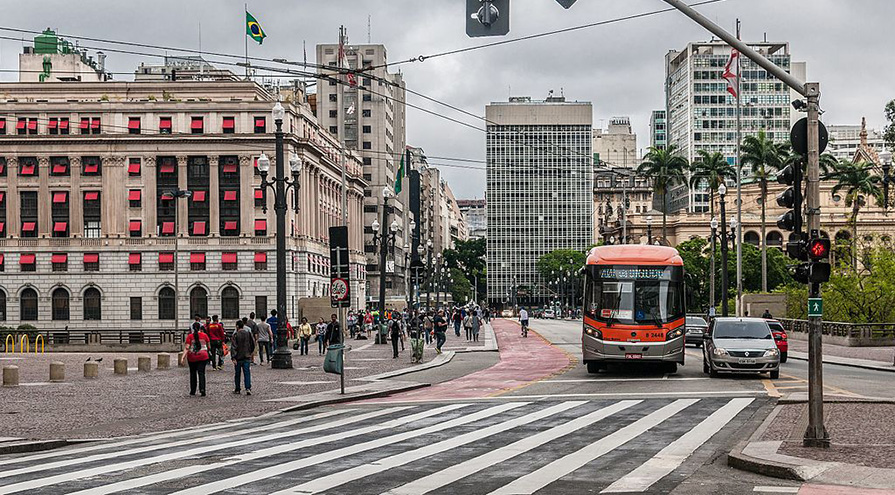 March was a critical month for the unfolding of the COVID-19 pandemic in the world. While the virus started to spread rapidly across different countries, China, Spain and Italy portrayed a sombre future for those that left the virus unchecked. And that seemed to be the case for Brazil.

As the number of fatalities exponentially increased in Europe, Brazil was recording its first cases. In March, the number of recorded cases jumped from 2 to over 5,700. However, the country did not seem to be preparing fast enough for the upcoming crisis. State governments were only taking the first steps to organize policy responses to the pandemic, and President Jair Bolsonaro was insisting people should not be worried, as this was only a “little flu”. As students of the Blavatnik School of Government, we had access to an international perspective on the topic, which made us concerned about the future of Brazil. We knew the country needed to act fast, and we wanted to help.

During the pandemic, many Brazilian state governments created a committee to deal specifically with the corona crisis. Called "Crisis Office", these committees allowed for quick decision-making. However, there was a problem: how to make quick decisions when there is not  enough information? What were the ideal responses to this multi-dimensional, unprecedented problem? The government of the state of São Paulo, for instance, was ready to act. But they needed reliable information on intervention options to inform their decisions. It was at this moment that we saw an opportunity to help our country.

The Veredas Institute, founded by Davi and some colleagues, is an NGO that supports evidence-informed decision-making by government institutions in Brazil. In conversation with the state of São Paulo, via the Veredas Institute, it became clear that the government of São Paulo would benefit from references on how to develop an economic response to the crisis. One of the main services provided by the Institute is developing rapid syntheses: literature reviews that gather high-quality evidence on a policy problem, provided within a time-frame that fits the decision-making process. That was exactly what the “Crisis Office” urgently needed to inform their economic response.

As the Veredas Institute volunteered to help, so did we. Relying on our previous experiences with fiscal and tax policies (Ricardo) and with rapid evidence reviews (Davi), we joined the Institute’s task force to get the review ready as soon as possible. We combined our knowledge with the tools that we learned during the MPP, and in less than a week we prepared an assessment of an array of tax policy options and recommendations.

The review included several econometric studies, literature reviews and policy guidelines. We identified and analysed documents related to the COVID-19 pandemic crisis and documents that addressed other crises, such as the 2008 financial crisis. In total, 38 references were included, and we found the following conclusions regarding fiscal and monetary policies:

The full report can be found here (in Portuguese). The “Crisis Office” has shared with us positive feedback, indicating that this work has been instrumental, together with other resources, in their process of designing the state’s economic response to the COVID-19 shock. Hopefully, it will be one additional part in the collective effort of supporting Brazilians to bounce back from this blow.

Ricardo Leitão (MPP 2019) is a tax auditor and is responsible for multilateral development bank investments at State Secretariat of Treasury and Finance in Brazil.

Davi Romão (MPP 2019) is co-founder and deputy director of the Veredas Institute. He is also analyst of social policies in the Brazilian Ministry of Justice and Public Security.