Practicality over politics: Taiwan’s case for inclusion in international organisations 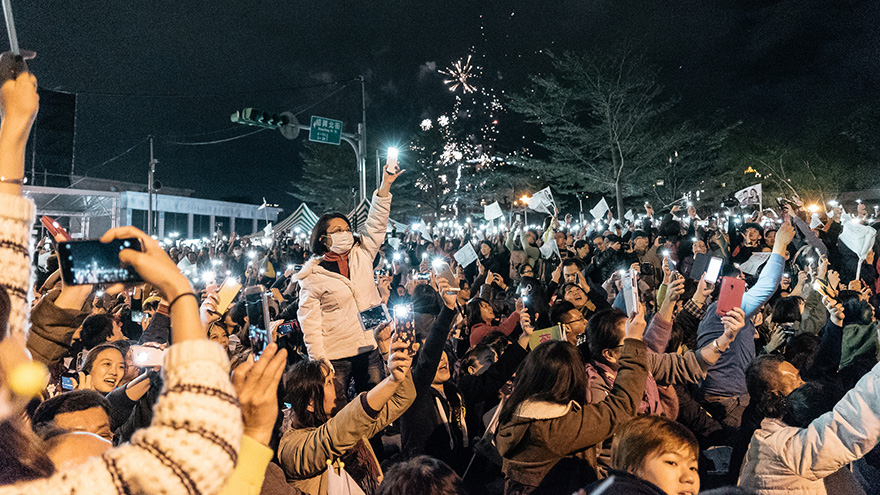 Since the Nationalists fled the mainland controlled by the communists following the Chinese Civil War in 1949, Taiwan has been governed as an independent country; first, as a military junta overseen by Chiang Kai-Shek, but from 1996 onwards as an electoral democracy.

In just over two decades, Taiwan has built the necessary institutions for a liberal open society. The 2016 elections brought the third exchange of power between political parties in Taiwan’s nascent democratic history. According to political scientist Samuel Huntington, a democracy is said to be consolidated once it has passed a “two-turnover test” by having political power passed twice amongst opposition political parties.

By this measure, Taiwan’s democracy has evidently come of age. Unfortunately for the Taiwanese people, they are still excluded from participation in the world’s most important international organisations. Finding sustainable solutions to issues like climate change, public health and development all require unprecedented levels of collaboration. As such, inclusion and representation within the organisations seeking to overcome global challenges are of critical importance. In this regard, the ongoing ostracisation of Taiwan from the international community is at odds with the stated mission and goals of almost every organisation with nation-state membership.

Take climate change for example. Viewed by many as this generation’s most pressing collective action problem, it needs the participation and leadership of as many countries as possible as a necessary starting point towards limiting global carbon output. Yet Taiwan’s efforts to be included in United Nations conference on climate change (COP21) have fallen on deaf ears despite already voluntarily capping greenhouse gas emissions and developing clean technology solutions that if shared, could be massively beneficial to other countries. As an island nation threatened by rising sea levels with an economy that depends on manufacturing and export, Taiwan’s stakes in diplomatic negotiations on climate change are incredibly high. Although Taiwan has been a model in the fight against climate change, China’s exclusionary political campaign continues to prevent their participation in the United Nations most important initiatives. Beyond the detrimental effects on the effort to reverse global warming, such policies also discredit the proclaimed ethos of participatory representation within international organisations.

A similar situation is also observed in the World Health Organisation, which strives to encourage free exchange of ideas and information surrounding public health amongst the global community. Open communication is critical for today’s increasingly global public health challenges as pandemics and food safety issues spread across borders with alarming speed. Taiwan is well-positioned to provide leadership on these kinds of issues because the government oversees and maintains a public health insurance system for its 23 million citizens. As a unified frontline healthcare provider, the capacity of Taiwan’s system to collect and aggregate information on disease and deploy vaccinations throughout the country are unprecedented amongst Asian countries. During the SARS epidemic in 2003 Taiwan reported numerous cases that were not processed quickly by the WHO because it lacks member status. The unnecessary delay prevented a faster response to the escalating crisis that unnecessarily risked the lives of millions. Adding insult to injury, the WHO then refused to provide research or expertise assistance in the fight against SARS. Clearly, Taiwan’s participation in the WHO would not only be mutually beneficial but also critical to securing public health across Asia.

Similarly, the World Bank knows the importance of “good governance” in achieving its aims of ending poverty and boosting prosperity. According to a World Bank report entitled Reforming Public Institutions and Strengthening Governance, the quality of a country’s governance can be determined by internal rules and restraints, civil society participation, and competition within economic sectors. Following Taiwan’s economic boom as one of the four “Asian tigers” in the 1980s and democratisation reforms in the 1990s, their performance in good governance indicators have shown continued improvement over time. In 2015, Taiwan’s Government Effectiveness was scored in the 88th percentile of the 215 countries for which data is available. China itself ranks in the 68th percentile, but was in the mid-50s as recently as 2013. Despite this astounding progress Taiwan remains on the outside looking in at the World Bank, who have officially designated it as a “Province of China” despite Taiwan’s de facto independence and continued development of impartial civil and legal institutions that are critical to any good governance agenda. The result of this annexation in the World Bank’s reporting and membership structure not only creates the false impression that China is somehow responsible for Taiwan’s accomplishments in governance, it actively prevents Taiwan from contributing valuable lessons and practices that are relevant to 21st century development challenges.

As a recently developed and democratised nation, Taiwan is a role model for other developing countries in Asia and across the world. By acquiescing to political pressure from China international organisations are not only sacrificing the participation of a valuable potential member but the credibility and legitimacy of commitments to fulfil their respective mission statements.

Leaders of international organisations need to stop placing politics ahead of practicality. If this comes to pass, Taiwan’s ascension as an acknowledged member of the global community will be all but assured.

Ryan Terribilini and Ninon Godefroy are Master of Public Policy students at the Blavatnik School of Government. Ryan previously worked in the technology industry, including an assignment at Google in their Taiwan office. Ninon previously worked in the solar energy industry, designing Taiwanese foreign aid programs aimed at expanding the use of renewable energy.
Democracy and politics Global cooperation
...
Public sector