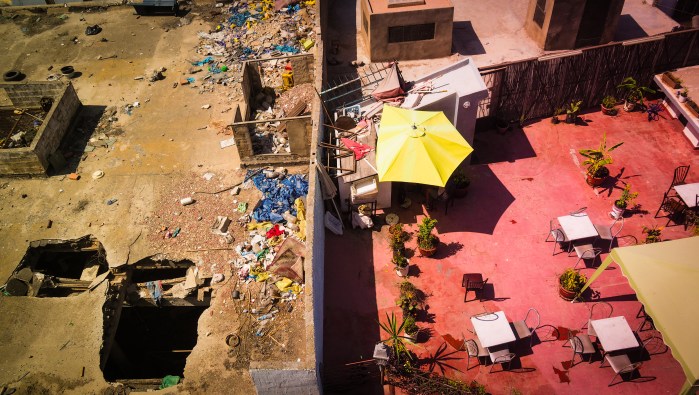 Whatever we might say is right or wrong with cities of the 21st century, they’re indisputably a defining feature of our age. As much as we’re post-modern, post-gender or post-colonial, we’re also post-rural. Our existence, for an increasing majority, is urban. Even more than that, our aspirations are urban. This is visible almost everywhere: in the US, people with advance education are clustering in a dozen or so, mostly coastal, cities. In Afghanistan, refugees returning from Pakistan and Iran move to big cities, rather than moving back the villages from which they fled decades ago. In Nigeria, Lagos alone adds 77 people every hour to its burgeoning city boundaries. If people voted with their feet, cities would certainly be the winners.

But, in the case of the
citizens who live in them, it often doesn’t look like they’re winning. Most
people live in cities which are crowded but disconnected, with scarcity of
jobs, housing, and, consequently, of opportunity. If cities that work well can increase
prosperity, those that don’t make the lack of prosperity more visible and
exacerbate inequality.


The same networks which
increase productivity also provide new avenues of dissent and discovery. Being urban both amplifies the voices of the
distressed and allows them to access new networks of common thinkers.


Think about Tahrir Square: would
that have been the stage of revolutionary change if the network of dissent from
Cairo and surrounding areas didn’t exist? The digital and personal connections
necessary for such change wouldn’t have been so strong had the square been in
the Sahara – for the city is “a human settlement in which strangers are likely
to meet”, as sociologist Richard Sennett once wrote.


Often, these networks are
dominated by the young. Over the past few months, Sudan’s Khartoum, where the majority of citizens are
under 20, has been the site of protests which transcend the traditional networks
of ethnicity and religious conservatism.


However, when existing networks
break down in cities, new ones may not always be as progressive as seen in Khartoum.
For example, in Karachi, Pakistan, diverging ethnic identities have been
mobilised to form networks of solidarity and of opposition, often with deadly
results.


The urban age exists in the three-way intersection of the promise of opportunity, the amplification of voice, and the
emergence of new, more powerful, networks
of solidarity. Each of these has important implications for public policy. How
does a government fulfil the promise of opportunity represented by cities? By working
with its residents to develop a right to the city, and to meet expectations of
jobs, housing, sanitation and clean air. This is especially important when
there is an exponential growth of inhabitants. It is hard to imagine how Lagos
will be governed in 2050, when its population is expected to have 10 million
more residents, particularly in regard to the challenges presented by climate
change and technology.


Perhaps navigating such an
age requires coming to grips with radical uncertainty – the idea that we do not
know what is going to happen, and in the present we are not even able to fully imagine
it. Try telling someone in 1991 that in two decades, protesters in Cairo will
break down power structures by supplementing offline networks with those formed
online over a social network, amplified by 24/7 television channels.


Under radical uncertainty,
making urban policy will require unprecedented responsive experimentation.
Context is king: what works in another city might not work in yours; what
worked in your city a few years ago might not work today. Cities need policy
structures which not only get the known fundamentals right, but are flexible
enough to change according to context – for example merging governments
together when inhabitants spread beyond the local jurisdiction. This balance is
hard to strike, but possible, and it could be key to navigating the urban age.


Most cities are, however, still to get the basics right. Many cities are still disempowered because power is concentrated at higher spatial scales. Nigerian cities, for example, do not have control over design standards and building regulation – instead, these are prescribed at a national level. Britain has only recently started to transfer power over transport to cities. Due to the very interaction based on which the urban age exists, cities are controlled by political networks which can sometimes be opposed to national ones. The result is a vertical struggle, which can lead to more control taken away from cities. Cities are being set to fail. Conversely, there are questions of spatial justice across urban and rural areas that do require a national perspective. Blossoming cities exist alongside areas left behind, as cities hoard the benefits of proximity and productivity. London has been described by some as ‘shackled to a corpse’ when referring to provincial England. Kampala generates two-thirds of Uganda’s national economic activity. The young, rather than returning to the provinces to set up rural homes, are now residing in cities for longer. Is there a role for policy in guaranteeing interspatial justice, ensuring that cities like Kampala and London don’t run away and devour all opportunities for urban and rural counterparts? Due to their complexity, cities need decentralised authority to make good policy decisions, without restricting the ability of national governments to distribute economic gains to those places left behind. If this doesn’t happen, it won’t be the case of cities being ‘shackled to a corpse’ but – as Paul Collier puts it – their rural counterparts being ‘chained to a shark’.


Oliver Harman and Shahrukh Wani are economists at the International Growth Centre’s Cities that Work team, based at the Blavatnik School of Government.