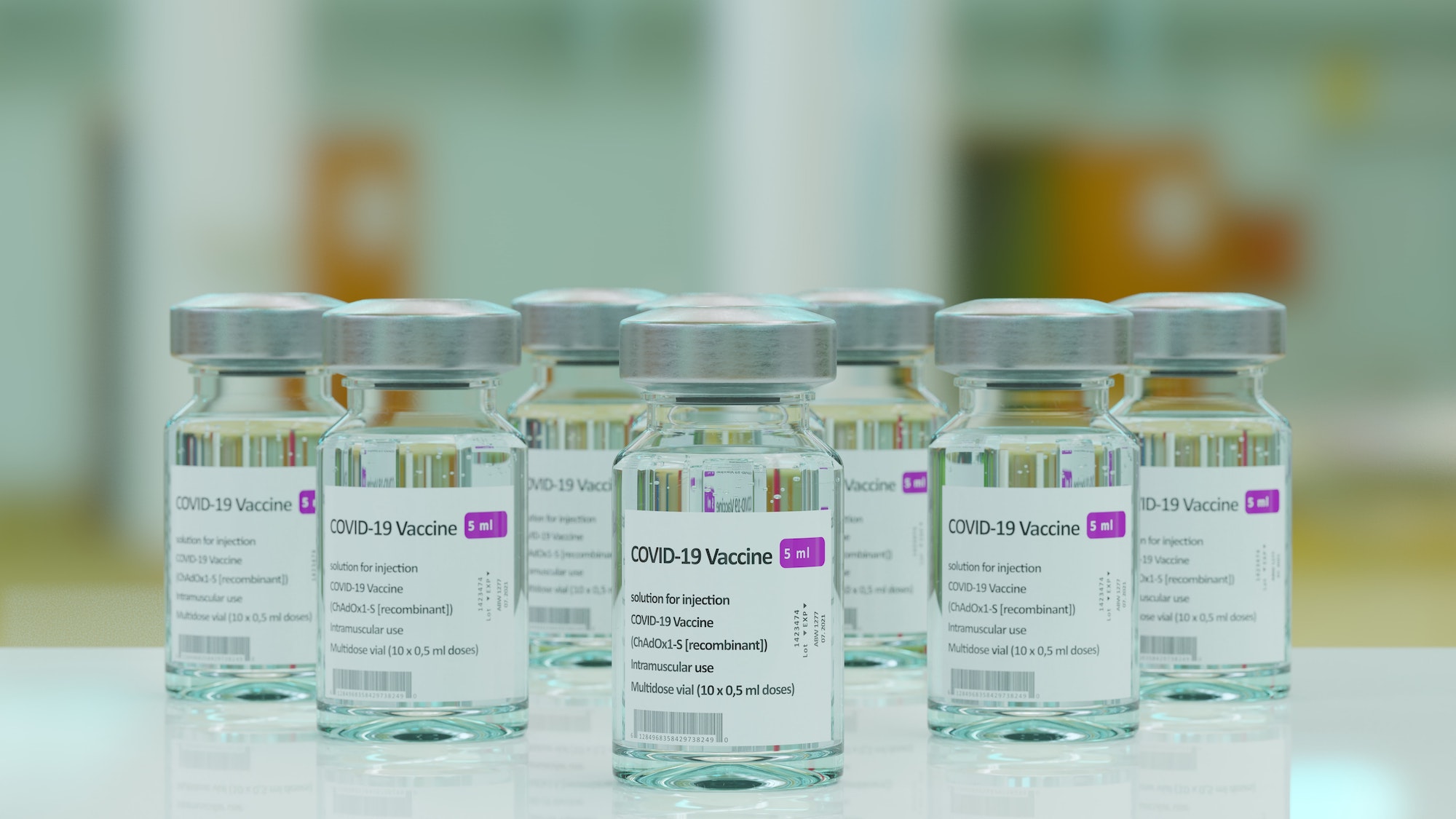 The United Kingdom has vaccinated nearly 90% of their adult population, while less than 2% of populations in low-income countries have received at least one dose. This dire picture reveals an urgent need for global cooperation. COVAX is an international initiative – jointly led by Gavi, the Vaccine Alliance, the Coalition for Epidemic Preparedness Innovations (CEPI), the United Nations International Children’s Emergency Fund (UNICEF) and the World Health Organization (WHO) – that aims to facilitate cooperation to provide equitable distribution of high-quality, collectively funded, and/or fairly-priced COVID-19 vaccines on a global scale.

In an effort to meaningfully understand the challenges associated with vaccine distribution and to generate solutions, our MPP class came together in early June 2021 as part of the Policy Challenge II-COVAX course. The aim was to negotiate a detailed agreement outlining the rules to determine the Phase II allocation of COVAX vaccines through a simulation of the real-world process that is yet to come. According to current COVAX procedures, Phase II will commence following the completion of Phase I, which aims to supply all participating countries with enough doses to cover at least 20% of their respective populations. As of August 6th 2021, COVAX has shipped over 188 million vaccines to 138 participating countries. Phase II is therefore on the horizon, but further off than we – and public health experts around the world – had hoped at the start of the year.

After two weeks of simulated negotiations, we reached a unanimous agreement for distribution—the COVAX Phase II: Collaborative Agreement on Vaccine Allocation or “CAVA.” Some key features of our agreement include:

Although a purely need-based allocation formula seemed appealing, we rejected this in favour of proportional allocation for two reasons. First, whatever criteria one uses to determine need will be very information-demanding, to an extent that the world will struggle to reliably meet that demand. Second, there are contested versions of what “need” means and countries’ perspectives will differ, making pressing agreement unlikely.

We expand below on the details of our recommendations, the four of us having held the roles of COVAX leadership in the class simulation. We hope that this information will be of interest to policymakers negotiating vaccine agreements, and that their work may even be informed by our thinking. We also describe the process that brought us to the point of agreement in order to showcase to future MPP students how the core learning from this masters programme can be applied to real-world policy challenges.

Among the most surprising outcomes of the COVAX negotiations for us, as facilitators, was that we were able to reach a unanimous agreement, with every stakeholder present signing on to the final document. While we are proud of this achievement, we also recognise that, in order to arrive at such a widely-supported agreement, the wording on many crucial issues had to be left intentionally vague or contentious decisions delegated entirely to future or external task forces. However, we believe that this situation is reasonably reflective of what might occur in a real-world negotiation with 40+ stakeholders. In fact, it is reasonable to be optimistic that even vague principles outlined in a document that is so widely supported could shape preferences and set boundaries for future negotiations in concrete and actionable ways, building off of the significant trust and goodwill established through a process that was inclusive and democratic. The downside for real-world vaccine roll-out, however, could be delays resulting from the need for future negotiations and a lack of transparency about decisions made by external task forces working behind closed doors.

With regards to the actual allocation formula around which this negotiation was focused, certain components garnered significantly more or less stakeholder agreement. We believe policymakers considering these issues in real-world negotiations to determine a Phase II allocation formula might come across similar issues, including:

We hope that policymakers might find these points useful as they approach the next phases of COVAX allocation in the real world. The results of our negotiation underscore that, while agreement on broad principles and ideas can be quite common, details regarding how different factors are measured and the political connotations of regulatory approval, logistical capacity, and domestic discrimination in rollout might present areas of friction. Understanding where these bottlenecks arise and considering the negotiation strategies required to approach them will likely be crucial in allowing COVAX to rapidly and successfully meet its goals of vaccinating the world against COVID-19.

Barriers to reaching an effective agreement were steep, from navigating 40+ stakeholders (the number of MPP students taking part in the simulation) and the stringent requirements (set by the course assessors) for adopting the agreement – 80%+ agreement with the effective veto power of donor countries and regional groups – to the short time window. As COVAX has no established procedures for negotiating the Phase II distribution, it was up to us, as the members of its leadership (the “COVAX facility”), to design the process.

In the week running up to the Summit, as representatives of the COVAX leadership, we adopted a first-mover strategy, setting the agenda by generating a draft agreement in order to focus the discussions around the core allocation problem and inviting early input from stakeholders. This was initially not well received by donor countries, which hoped to have their significant financial contributions reflected in greater control over the process. But the tension was resolved after dedicated, private consultation with donor countries and a pre-summit draft agreement was completed and circulated. The draft agreement was designed to balance the diverse interests of the donor and non-donor stakeholders, setting a solid foundation for the Summit.

The Summit structure included both moderated and unmoderated sessions. Moderated sessions were used for open debates and reaching a consensus on each article. Stakeholders had timed opportunities to speak. After major interests were expressed and debated, a moderator from the COVAX facility would request an informal or formal vote to adopt changes. Unmoderated sessions were a venue for stakeholders to forge coalitions and hold private meetings. Some of the key negotiating points were regulatory harmonisation, the choice of COVID severity indicators (with options including death tolls, rates of transmission, etc.), the consideration of domestic logistic capacity for distribution, and the inclusion of articles on the protection of minority rights.

We observed that moderated sessions were instrumental in discovering disagreement and discussing major amendments. Stakeholders used unmoderated sessions to make compromises, build coalitions, and offer side-payments. The COVAX facility used these moderated sessions as a central tool to guide the debate on salient issues and build consensus. Finally, with just over half an hour left of the summit, we were proud to reach a unanimous agreement – the COVAX Phase II: Collaborative Agreement on Vaccine Allocation or “CAVA.”

The CAVA is divided into four sections. Section A contains preambulatory clauses, outlining a shared understanding of the problem faced and the overarching collaborative path to a solution. This section was designed to be easily acceptable to all parties, so as to build precedent for collaboration and momentum for the acceptance of the other, more substantive, sections.

Section B contains four principles. The first is that Phase II shall be broken into sub-phases that shall not see countries receive more COVAX vaccines until all have received at least enough for 50%, 75%, then 90% of their respective populations. Second, within these sub-phases, allocation decisions will be made by the existing structure of non-partisan public health experts, drawing upon the standards outlined in Section C for guidance. Third, additional support will be provided to countries that need to improve their domestic capacities to distribute vaccines. And, fourth, the central stockpile of vaccines for humanitarian populations and “Outbreaks of Global Concern” shall be expanded to 10% of COVAX vaccines. Section B was thus designed to give the agreement structure, to establish the critical high-level aspects of the agreement (e.g. affirming that non-partisan experts would be making the final decisions), and to push the most contentious aspect of the negotiations, the standards of allocation, into Section C.

Section C outlines guiding standards that the public health experts should use when making allocation decisions, such as “vaccines should be allocated to countries with the greatest health vulnerabilities, as measured by average life expectancy at birth, the status of universal health coverage, and healthcare system saturation (% occupancy of hospital beds)” and “accessibility and best effort towards lack of discrimination should be considered when allocating vaccines to recipient countries.”

Section D is an appendix that is non-binding but allows stakeholders to put any details they wish onto the official record, as a way of documenting side-payments, objections, or additional comments. This section was designed to allow parties to document their behind-the-scenes efforts while keeping the scope of the core negotiations narrow.

A central contributing factor to the successful outcome of these negotiations was the procedural design that made everyone feel empowered and heard, reducing – but not eliminating – brandishing of power. As facilitators, we tried to make power more implicit and informal in internal decisions. Externally and formally, we continually emphasised the democratic and equitable values that COVAX aspires to uphold. This strategy was beneficial in two ways: 1) non-donor stakeholders did not feel marginalised; 2) donor countries were constantly reminded of the moral leadership they must take.

To our surprise, negotiations proceeded largely in good faith, with stakeholders collaboratively advocating for certain positions, grounded in a clear economic interest or underpinning philosophy. We attribute this in part to our continual verbal and, where possible, symbolic messaging that drew attention to the larger picture of what we were trying to jointly accomplish – a strategy known as the “overview effect” – as well as to participants representing their roles with accuracy and the appropriate gravity. We cannot be sure whether this corresponds well with the COVAX discussions that are happening in real life (largely behind the scenes), but are optimistic about our experience of robust debate taking precedence over pure economic and political power.

Many thanks to the course convenors, Dr. Anna Petherick, Prof. Jo Wolff, Prof. Maya Tudor for their support; to all of our expert guest speakers for the guidance provided; and to John-Arne Røttingen, Global Health Ambassador for Norway and founding CEO of CEPI, who took the time to review our agreement and offer helpful and constructive feedback.

Photo by Braňo on Unsplash.