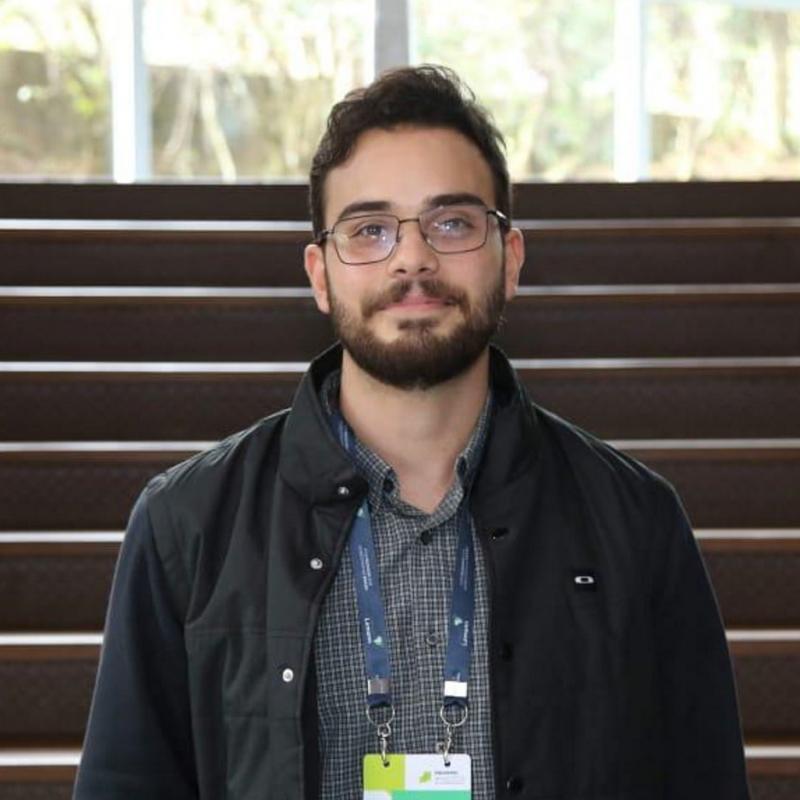 Allan Torres is learning how to balance fighting the climate crisis with developing opportunities for his home region of northeast Brazil.

Allan Torres (MPP 2021) is passionate about redistribution and local development. Before coming to Oxford he spent most of his career working in education policy in his home country Brazil. However, the pandemic led him to re-evaluate what issues would be most important for him to tackle and positively impact his country:

“I started to read a lot about climate change and how that would affect my region, the northeast of Brazil, which is also the poorest region in Brazil. In the countryside, we have droughts all year but on the coast, we often have too much rain. It’s already hurting the economy a lot and will do even more in the future.”

Allan already had a range of policymaking experience, first as advisor to Brazil’s Minister for Education, then as deputy secretary of education in the municipality of Caruaru and most recently, in the Ibero-American Organisation. He felt, however, that it was time to return to education so that he could learn the most effective ways to could contribute to his region’s development as it confronts the climate crisis.

Though Allan explored public policy programmes at other universities in the UK and the US, he was inspired by one of his idols, Brazilian congressman Felipe Rigoni, who is an alumnus of the Blavatnik School of Government. After undertaking more research, Allan decided the MPP at the School was the course for him.

“Oxford has a personal touch – students have a level of contact with the Dean that I don’t think any other programme offers.”

When applying, Allan drew attention to his experience in policymaking thus far, his specialist knowledge of his home region and the particular challenges it would face in the coming years, and his commitment to returning to the region once his studies were complete to mitigate these problems. Not only this, he theorised about the opportunities that fighting the climate crisis could present for regional development:

“I’d been thinking a lot about green jobs, which could impact places in the countryside of the northeast of Brazil that don’t have great infrastructure. Building infrastructure in renewable energy by using local workers and training them could take them out of the poverty trap.”

When Allan was offered funding from the Lemann Foundation, he was both relieved and excited to know that he would get the opportunity learn the tools he needed to help drive social and economic change in his region.

Since arriving in Oxford, the personal nature of the course and the wider culture of the School has continued to impress him. Having the opportunity to get involved with the launch of the Lemann Foundation Programme, and being able to meet with the foundation’s CEO in an informal context to discuss ideas have each been unforgettable experiences. These connections he has begun to build with the foundation and its incredible network within the School, Brazil and beyond will be an invaluable resource for his career in regional development and environmental policy in Brazil.

Nonetheless, Allan has not only been discussing and problem solving with members of the School connected to the Lemann Foundation and Brazil. Outside of teaching, he has benefitted from exchanging ideas with his classmates, who hail from 48 different countries, each bringing different experiences, views and values has been invaluable:

“I’m meeting with my classmates every day, either to study or to have conversations about our countries, and how each different country can approach the same problem.”

The classes themselves have reintroduced concepts in politics, law, economics and philosophy that he encountered during his undergraduate studies in political science. Yet this time, he has been learning how to apply these theories to very specific contexts in order to solve real-world problems:

“Here it’s not about competition. There are other amazing programmes out there that just focus on your own career after the course. But here, the focus is on solving problems and implementation. For me this approach using case studies and theory is amazing – I could apply these lessons to education, culture, health, or climate change.”

Though Allan is building the skills to become an effective policymaker in a range of different areas, the climate crisis will remain his priority when he returns to Brazil:

“Brazil’s economy has been stuck in a commodity trap and depends on commodity booms. How we navigate the climate crisis is our chance to do something about this trap and diversify our economy. I want to be part of making this change and helping my region however I can.”

Learn more about the Lemann Scholarships to study the MPP.