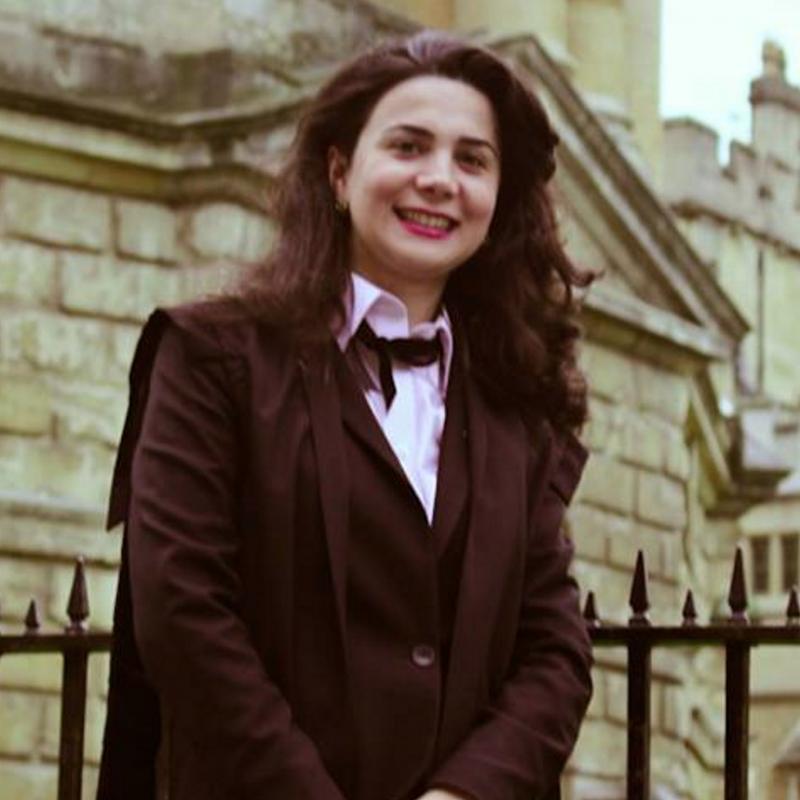 A brilliant young leader embraces the chance to learn from diversity

After completing a law degree in Germany, Rusudan Kemularia (MPP 2017) returned to her home country of Georgia, becoming active in government at the age of just 24. “I was very fortunate to become a young leader. I was mostly involved in tax reforms, and it was a unique chance for me to implement new initiatives. I worked a lot with international donor organisations like IMF, the World Bank and OECD in order to reduce the poverty and increase economic growth in my country.”

Despite her extensive experience, Rusudan felt she had more to give, and so decided to apply for the MPP in order to hone her skills. She was awarded a prestigious Weidenfeld-Hoffman scholarship, which goes beyond merely funding a programme of study, providing a wide range of professional leadership opportunities. “We have moral philosophy seminars, where we discuss and debate philosophical and political problems ranging from ethics of leadership to international justice. This is a unique scholarship, which opens the doors to explore new ideas”.

The one-year MPP is a career break for Rusudan in which she wants to gain further knowledge and experiences that will help her in her work in the public sector. She is already benefitting from discussing policy decisions she made in Georgia with her coursemates, and is certain that this will help her upon her return to professional life.

For Rusudan, the diversity of the MPP class is one of the greatest benefits of being at the School, providing a space for networking, where long-term partnerships can be formed. “It’s about testing new public policy ideas, discussing global challenges with leaders from all around the world. This is not just learning and sharing experiences, it’s the next step to the future. We are building bridges between nations.”

The facilities available at the School and the University of Oxford more widely have impressed Rusudan. “You have all kinds of resources. The School’s building, which is exceptional, the libraries, which are the best in the world, access to electronic resources, and to world-class professors. It’s a place which gives all of us momentum to get as much as possible out of the programme.”

Rusudan received several offers from other prestigious Universities, but chose Oxford mostly because the mix of the traditional and the cutting-edge appealed to her. She has embraced college life and the range of academic and social events on offer around Oxford. “I am grateful to be an Oxford–Weidenfeld scholar; without this scholarship and family support I would not be able to come to Oxford. It’s a real privilege to have this unique chance.”