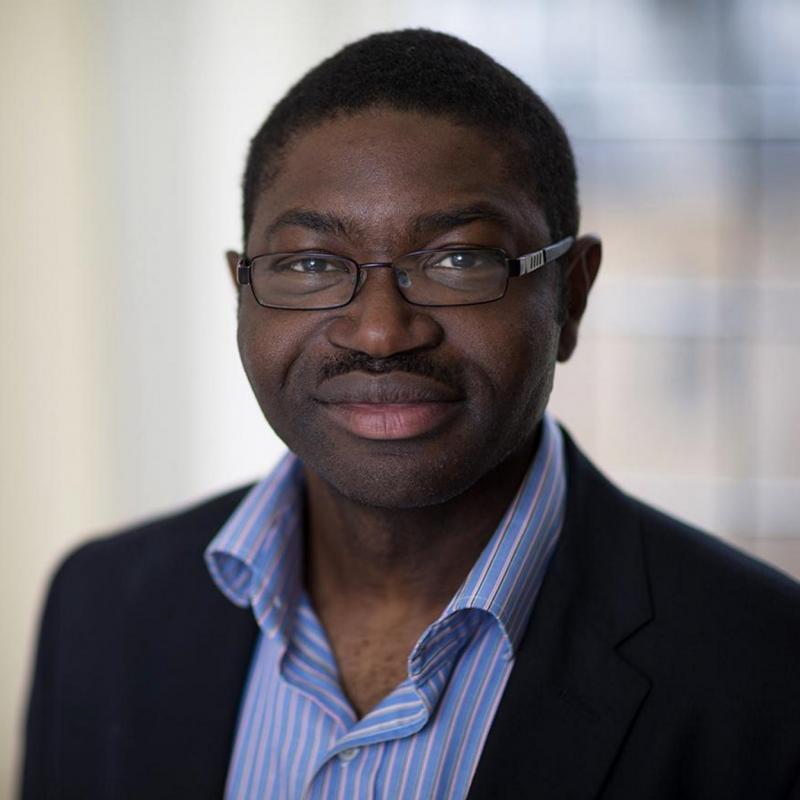 Dapo Akande is a professor of public international law and focuses on the law which applies to the relationship between states on issues including armed conflict, international dispute settlement, the law of international organisations, and international economic relations.

Over the last few years, his work has centred around armed conflict, international criminal justice and human rights. He has also co-authored Oppenheim’s International Law: United Nations (Oxford University Press, 2017), a two-volume work, within the most important English-language treatise on international law, covering the law, responsibilities and functioning of the UN.

Access of civilians to food, medication and other humanitarian goods in armed conflict is a key area of Dapo’s research and he recently led a United Nations Office for the Coordination of Humanitarian Affairs (UN OCHA) project on the regulation of humanitarian relief operations in armed conflict. Humanitarian organisations frequently struggle to get access to populations who need aid, such as food and medication. Dapo worked to prepare guidance on laws regulating humanitarian access in areas of armed conflict, producing research which identifies and sets out all the principles relating to this in a single document.

While humanitarian access has long been considered a peripheral issue, Dapo believes that it is essential to bring it to the forefront of legal work on armed conflict. He believes there should be a focus on creating a framework for regulating the area, and on identifying ways to put pressure on states and armed groups denying humanitarian organizations access to people in need.

“We focus a lot on what we see as the sharp end of suffering, for example who you can and cannot attack in war. The truth is that in an armed conflict, the overwhelming amount of suffering occurs due to a lack of access to basic goods.”

The regulation of targeted killings by armed drones is another area of recent work. As an advisor to a UN Special Rapporteur on Extrajudicial, Summary or Arbitrary Executions, he contributed to a report on armed drones and the right to right to life for the UN General Assembly, and engaged with the discussions of the UN Human Rights Council. In addition, he has worked with two UK parliamentary groups on the UK’s use of armed drones to create a legal framework for regulating the use of drones for targeted killings.

“In many ways the issue is a microcosm of the law of armed conflict as a whole. While the technology raises new challenges, the most important question it brings to light is the basic question of what is war and what is not war. The biggest challenge is working out whether this type of targeted killing is an extrajudicial assassination by the state, or whether this is an activity occurring in war. The answer to this question will usually determine people’s attitude to the whole issue of targeted killings by drones, and whether they believe it is permissible or not.”

The area raises many questions that are fundamental to the laws of war: what is an armed conflict? How do you define the states of peace and war? Who is a civilian and who’s a combatant? Dapo’s work addresses these crucial questions.

Another focus of his work is the International Criminal Court (ICC), and his recent work in the area has concentrated on two key issues in particular. The first is the extent to which the ICC can prosecute heads of state, especially states that are not signed up to the ICC. His approach to the immunity of heads of states from prosecution has recently been adopted by the ICC and by national courts dealing with the attempt by the ICC to prosecute Sudanese President Omar Al Bashir. A second stream on work relating to the ICC has been the crime of aggression.

“Since the end of the Second World War there has been a long process of attempting to criminalise the act of taking a state to war illegally. Most international crimes, for example genocide or war crimes, deal with what occurs during war. However, the crime of aggression, or what was known as crimes against peace, is about the very act of going to war itself.”

Dapo has not only engaged in academic work on this issue but was invited to brief states in the final stages of negotiations to bring into the effect the crime as a part of the Statute of the ICC.

Dapo is also Co-Director of the Oxford Institute for Ethics, Law and Armed Conflict (ELAC) which is hosted at the Blavatnik School of Government. ELAC is an interdisciplinary research programme that aims to strengthen law, norms and institutions to restrain, regulate and prevent armed conflict.