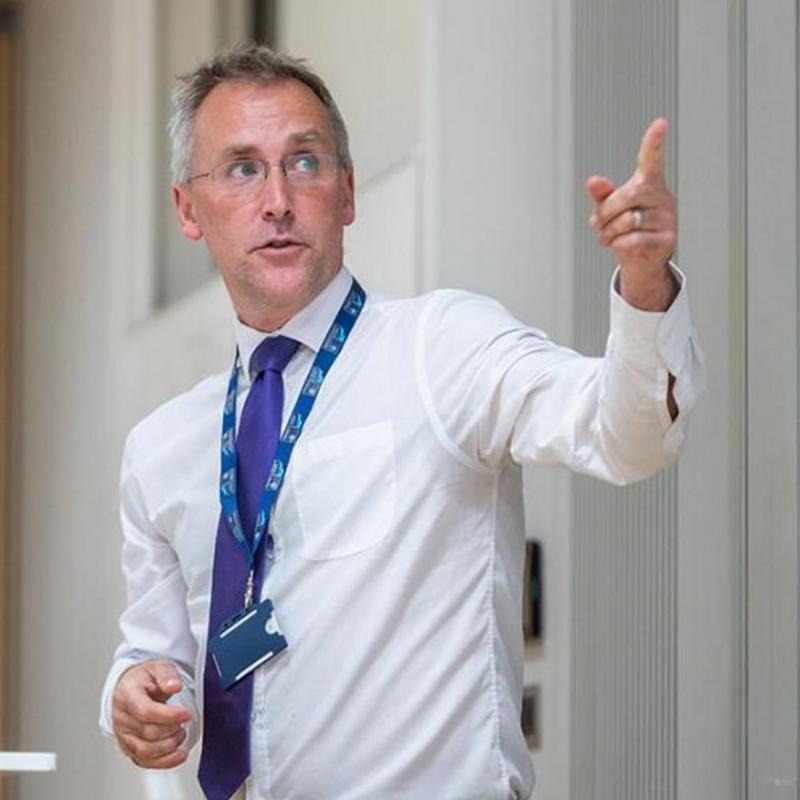 Professor of Practice in the Management of Public Organisations
Ciaran Martin

Ciaran Martin joined the Blavatnik School of Government as Professor of Practice in the Management of Public Organisations in September 2020.

Ciaran’s introduction to the School came some years earlier, when he was invited to talk to the Master of Public Policy students on cybersecurity policy.

“In my time working with the National Cyber Security Centre, there was a controversy over the Chinese tech company Huawei and the Government was always being accused of being ‘too soft on China’. So I became practised at responding to this line of questioning. When I participated in the event at the Blavatnik School, I got plenty of the same. But I also got some really hard questions from students arguing in a highly articulate way from the perspective of the Chinese view of the Internet. That’s when I began to realise this was a special place.”

Since joining the School, Ciaran has been collaborating with researchers on a publication on national cybersecurity strategy in resource-constrained contexts and on creating and delivering an applied policy module on cybersecurity on the MPP as well as workshops on giving press conferences and handling crises. He has also designed a new online course on cybersecurity aimed at teaching public sector leaders the basics of cybersecurity.

Operating in an open and transparent way was a defining element of Ciaran’s 23-year civil service career. Having worked on some of the most controversial and high-profile policy and constitutional issues in recent years, he always ensured his work was underpinned by integrity and strong values.

“One of the most valuable lessons I learned about negotiations came from a civil service training course and has stuck with me ever since. When you think about the other side, remember one thing. They’re not mad. They just see the world differently.”

Skill in negotiation was essential in his role as Director of National Security and Intelligence at the Cabinet Office. This role came at an interesting time for UK intelligence services, which had previously operated with little-to-no public accountability. However, following the wars in Iraq and Afghanistan, MI5 and MI6 (the UK’s intelligence agencies) were being brought to court and asked to present evidence in a public forum. Part of Ciaran’s role was developing ways in which very sensitive evidence could be presented safely in court.

Ciaran was also an instrumental negotiator in the agreement reached between the UK government and the Scottish Government on the 2014 Scottish independence referendum. At the time Constitution Director at the Cabinet Office, Ciaran’s constitutional expertise developed early on in his career at HM Treasury and the National Audit Office helped to establish the legal basis of the vote. He offers his reflections on the constitutional issues surrounding a Scottish referendum in the paper entitled ‘Resist, reform or re-run’, which was launched at a well-attended online event hosted by the School in May last year.

In 2014, Ciaran moved to the Government Communications Headquarters (GCHQ) where he became the founding Chief Executive of the National Cyber Security Centre (NCSC) in 2016 in response to the growing threat of cyber attacks to the UK. He dealt with matters as varied as the response to the Snowden leaks accusing the US, UK and other allies of large scale surveillance and managed the response to several thousand cyber attacks, including one launched by North Korea which accidentally disrupted NHS services in 2017. Issues around cybersecurity catapulted the work of GCHQ to the attention of the world and dealing with international crises and media scrutiny became an integral part of Ciaran’s role.

“When I arrived at GCHQ, there was only a tiny press office that tended to deal with local media. All of a sudden, we were fielding calls from The New York Times and Der Spiegel. The level of media scrutiny we were facing in the aftermath of the Snowden leaks and then with cyber attack on the NHS was intense. And so we responded by trying to be more transparent.”

Handling crises has since become a key area of Ciaran’s teaching and research at the School. From teaching current public leaders on the School’s executive programmes to preparing MPP students to manage the inevitable crises that come with working in high-level roles in public policy, his hands-on experience adds value to the School’s pedagogy in this field. He has also been using this expertise to produce a report (soon to be published) evaluating the responses of the UK and a number of other states to the outbreak of COVID-19; the study is from the perspective of crisis management capabilities rather than public health.

For Ciaran, marrying the two worlds of cybersecurity and public policy is of the utmost importance. Having spent years at GCHQ travelling the UK and wider world to build partnerships, share knowledge and lessons between countries and sectors, he continues to advise and propose ways to ensure that public policy keeps up with this ever-changing landscape. He therefore plans to spend some of the next two years writing a book on this subject.

From the 2022-23 academic year, Ciaran will also be taking on the role of MPP Co-Director. His specific area will be the development of professional skills as part of the programme. He is excited to continue working with the talented, passionate and committed students who come to take the course each year.

“The culture of a workplace dictates how likely people are to succeed in that environment. From the moment you walk through the doors at the Blavatnik School of Government and are greeted at reception, you begin to get a sense of what a friendly and open place it is. This is really important when you’re studying such complex policy issues.”