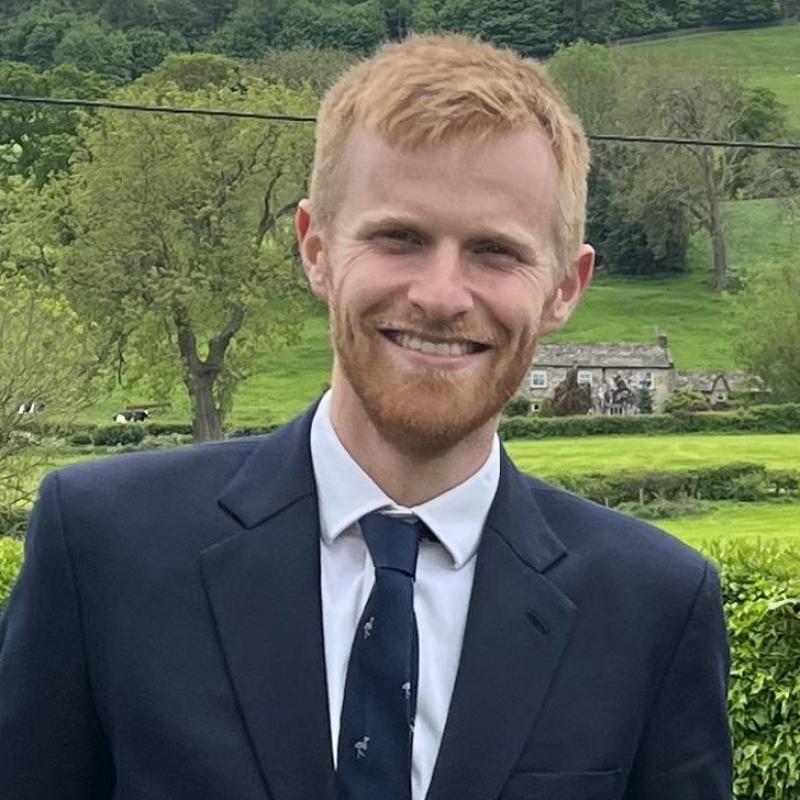 David Morrow joined the Master of Public Policy (MPP) class of 2021 after working for a politician in the Northern Ireland Assembly. This experience cemented his ambitions to pursue a career in electoral politics, and also opened his eyes to the number of tangible policy issues that need to be addressed in the nation.

As a Political Leadership Scholar, David hopes to run for office at the local level in Belfast after graduating so he can start to tackle some of these problems.

“I believe politics can be done a lot better. I want to enter electoral politics to improve the way it works and to make change happen. Being an elected decision-maker gives unparalleled opportunities to implement policies that actually change people’s lives.”

David’s career began in financial services in London, where he spent five years working at the Bank of England and developed a longstanding interest in financial policy and budget management. As an avid cyclist, he travelled around London on his bicycle, and was pleasantly surprised by the cycling infrastructure in his local area that made this a safe and sustainable travel option compared with other London boroughs. He therefore began to see how local politicians can truly improve the areas they are responsible for, making the daily lives of their residents easier.

When David returned to Northern Ireland in 2018, he joined the Alliance Party and began canvassing and campaigning for them. In 2020, he began working for the party in policy and communications roles based in the Northern Ireland Assembly. Through this work, he built a network of elected officers working across the Assembly, Westminster and at the local council level in Belfast. But he felt there were skills he still needed to develop before launching a campaign.

“After working in politics for a while, I began to consider the value of getting a master’s qualification that would enhance my policymaking skills in order to have an impact in the long term.  In my opinion, a lot of policies in Northern Ireland are sub-optimal – healthcare, education and spending are particular areas of priority. I thought the MPP at Oxford would be a great opportunity to think deeply about policy issues and get a toolkit I could use going forward in my career in Northern Ireland’s politics.”

David had heard about the MPP and the Political Leadership Scholarship some years before when undertaking the Washington Ireland Program in Washington, DC, a leadership and public service development programme for university students. The MPP’s interdisciplinary approach to thinking about policy issues along with the financial support provided to students from Northern Ireland who want to run for office made him feel sure this was the right course for him.

Since joining the MPP, he has been impressed by both the global outlook of the School and the diversity of his classmates, whose perspectives have enormously enriched the course. He has also come to appreciate the importance of understanding how to interact with key stakeholders when in office in order to implement policies.

“Economics and law are vital for politicians as they dictate so much of what they can and can’t do. The MPP has given me a basis from which I can draw when interacting with experts in these fields. It has also given me the tools to think about the issues that interest me through a different lens.”

David believes local politics is a good place for him to start, particularly because there is a great deal of capacity to enact change in the policy areas that interest him the most – improving infrastructure and public spending. He also believes that seeing smaller changes being implemented can help build the motivation among citizens to maintain trust when it comes to more complex challenges facing society.

“Apathy towards politics is becoming a problem in Northern Ireland and the UK more broadly. If you just focus on the larger policy issues you can fall into hopelessness quite quickly. Smaller, local issues are important in their own right and are often much easier to change, which empowers people with the knowledge that they can make things better. I believe local politics can prepare me to think about the bigger policy issues we are facing nationally and globally.”

Up next for David is the summer project, which he will spend in the UK’s Department for Digital, Culture, Media and Sport working on their fan-led review of football governance in the UK. As elected representatives always have to work collaboratively with civil servants, he sees this as an invaluable opportunity to prepare him for this element of his future role.