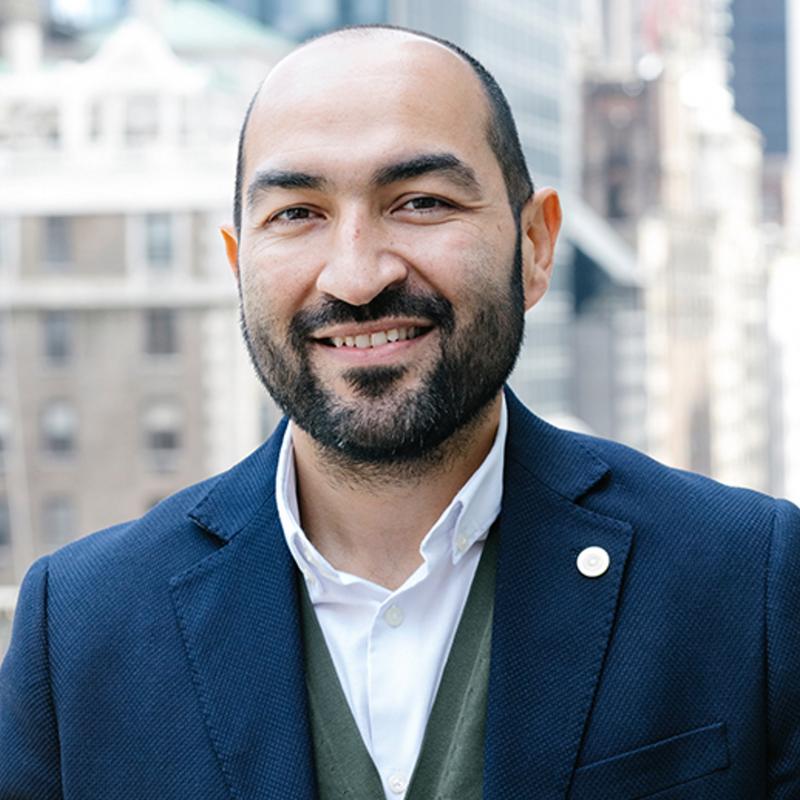 Zeljko Jovanovic (MPP 2016) is Director of the Open Society Foundations’ Roma Initiatives Office, where he seeks to address the social, economic and political challenges faced by Europe’s Roma community.

He oversees investments in skills and education (including facilitating the establishment of the Blavatnik School’s Roma Education Fund Scholarship, which is dedicated to Roma individuals who want to pursue the Master of Public Policy) and helps Roma youth to build a positive sense of identity in the face of stigma. At the collective level, he is working to mobilise the Roma community – Europe’s largest ethnic minority – to engage in politics, civil society and the media, from encouraging members of the community to vote in elections or stand for office, to supporting the establishment and development of new Roma-led organisations.

Having come to the Master of Public Policy (MPP) with his career already well established, Zeljko found the programme to be a valuable mid-career step.

“I had previously been surrounded by people with extensive knowledge of Roma rights. On the MPP, I had to find out how to communicate effectively about the work that I do within a new environment. This has been invaluable in giving me the skills to build partnerships with policymakers who are initially not interested in Roma rights or have little understanding of the issues.”

Since graduating, Zeljko has implemented a number of concepts and ideas from the MPP into his work. Recently, he developed a training programme based on a model from the Politics of Policymaking module; the programme seeks to equip young Roma analysts and advocates with the skills to negotiate with governments and evaluate policies.

Zeljko’s own political engagement began during his teenage years as a pro-democracy activist under the autocratic rule of former Serbian president Slobodan Milošević. “When regime change failed to bring positive changes for the Roma, I made the decision to commit to fighting for our community,” he says. Since this time, he has seen mixed progress in improving the plight of the Roma community; an increased awareness of the issues they face has not translated into meaningful action from governments of today. “Anti-Roma prejudice has been one of the instruments used by right-wing nationalists to disrupt liberal democracy and grow mistrust in institutions in Europe.”

“At this time, our mission to give a political platform to the Roma community, and to equip a new generation of leaders with the skills to drive change from within government, has become increasingly urgent.”