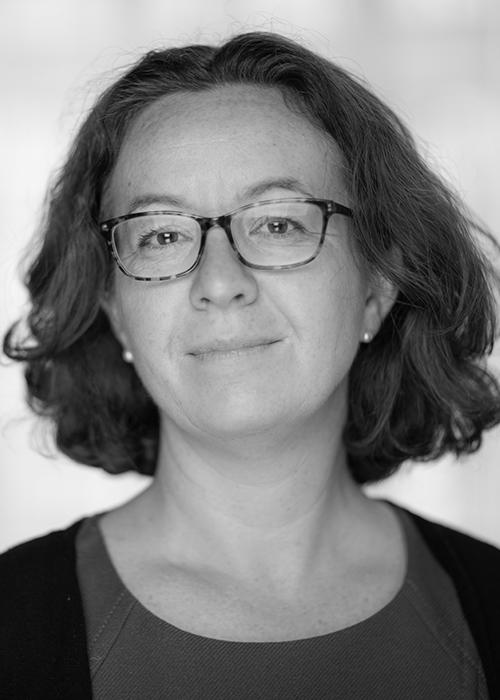 Emily Jones is an Associate Professor of Public Policy at the Blavatnik School of Government and a Fellow of University College. She directs the Global Economic Governance Programme which fosters research and debate on how to make the global economy inclusive and sustainable. Emily’s research examines the political economy of global trade and finance, focusing on the ways in which governments can exert influence in asymmetric negotiations. She is currently leading a research project on digital trade, examining how governments are responding to digitalisation and digital technologies through trade agreements. She is a specialist adviser to the International Trade Select Committee in the UK Parliament, and co-founder of the Trade and Public Policy (TaPP) Network, which seeks to foster engagement between academics and policymakers.

UK trade policy
Emily has been working to define and address the major concerns, challenges and opportunities around UK trade policy in the post-Brexit era. Her research examines policymaking processes – such as a comparative study of parliamentary scrutiny of trade deals – as well as how the UK can approach specific aspects of trade policy, such as digital trade. As part of this project, Emily has provided evidence to Parliament and convened workshops to facilitate dialogue between key stakeholders. Read a summary of the project's initial activities.

Developing countries navigating global banking
Emily led a research project examining the ways in which developing countries are responding to global banking standards and the politics behind their decisions. The project brought together fifteen researchers from different disciplines and countries. The research revealed how global finance and the regulatory decisions made in the world’s largest financial centres affect policy and regulations in countries at the periphery of the global economy. The project was funded by an ESRC/DFID grant. See the project website for more details.

Implications of Brexit for developing countries
In May 2017 Emily co-convened a workshop with Oxfam GB, Traidcraft, the Commonwealth Secretariat, and the Overseas Development Institute to analyse the implications of Brexit for trade with developing countries (report here). This work was funded by an ESRC Impact Acceleration Award. This work fed into submissions on the UK Trade White Paper. Emily is a member of two expert advisory groups on trade and development, and trade and sustainability for the UK Department for International Trade.

Jones, E, and Kira, B (2020) 'The digital provisions in the new UK-Japan trade agreement'

Jones, E, Kira, B, and Garrido Alves, D B (2021) 'Submission to the International Trade Committee, UK House of Commons'

'How much power does Donald Trump really have on trade?' 25 January 2017, New Statesman

'We can't afford a bitter Euro-divorce' (18 January, 2017, CapX) - Emily Jones says we must avoid petty point-scoring as we break from Europe

'Building the Brexit Team' (16 July, The Economist) - Dr Emily Jones is quoted in the article about Britain's need of a good negotiating team.

Emily Jones, Associate Professor of Public Policy at the Blavatnik School of Government, was invited to give evidence at the UK's All-Party Parliamentary Group (APPG) for Trade and Export Promotion

The Blavatnik School and the International Chamber of Commerce UK co-hosted a workshop on the future of UK trade policy.

Now that the UK has left the EU, it is reverting to a centuries-old process for ratifying trade agreements that provides little room for parliamentary scrutiny.

To advance trade and climate goals, 'Global Britain' must link them

The Political Economy of Bank Regulation in Developing Countries: Risk and Reputation, edited by Emily Jones, was published today.