Associate Professor in Law and Public Policy, Co-Director of the MPP 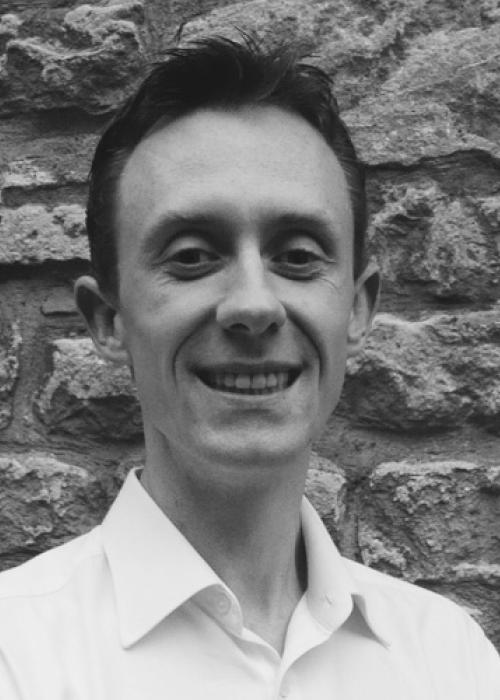 Associate Professor in Law and Public Policy, Co-Director of the MPP

Dr Adam Webster is Associate Professor in Law and Public Policy and Co-Director of the Master of Public Policy at the Blavatnik School of Government. Adam has a particular interest in how public law affects and shapes contemporary legal problems.

M Stubbs and A Webster, ‘Disclosure, Not Disqualification: A Democratic Proposal to Promote the Fidelity of Elected Representatives to the People' (2019) 30 Public Law Review 190

A Webster, ‘Referendums in the UK and Plebiscites in Australia: When to Seek the Views of the People?' [2019] Public Law 746

A Webster, ‘Reflecting on the Waters: Past and Future Challenges for the Regulation of the Murray-Darling Basin’ (2019) 40 Adelaide Law Review 249

G Appleby and A Webster, ‘Executive Power Under the Constitution: A Presidential and Parliamentary System Compared’ (2016) 87 University of Colorado Law Review 1129

A Webster and JM Williams, ‘Can the High Court Save the Murray River?’ (2012) 29 Environment and Planning Law Journal 281

A Webster, ‘Expanding the Role of Victims and the Community in Sentencing’ (2011) 35 Criminal Law Journal 21

Matthew Stubbs and Adam Webster, ‘Eligibility for Election to the Commonwealth Parliament: The Coming-of-Age of Section 44 of the Australian Constitution’ (2018) 40(1) Law Society of South Australia Bulletin 6

A Webster, 'The Constitution and the Murray-Darling Basin' (2014) 36(9) Law Society of South Australia Bulletin 14

M Stubbs and A Webster, ‘Ensuring the Fidelity of Elected Representatives to the People’ (Paper presented at the Public Law Conference, University of Melbourne, 11-13 July 2018)

A Webster, ‘Referendums and Representative Government: When to Seek the Views of the People?’ (Paper presented as part of the Rector’s Seminar Series, Exeter College, Oxford, 10 May 2017)

A Webster, ‘When Should Parliament Consult the People? Referendums in the UK, Australia and New Zealand’ (Paper presented at Democracy Beyond Elections: Empowering Citizens, Strengthening Participation, University of Bristol Law School, 17-18 March 2017)

A Webster, Rivers of Reform: Lessons from the Colorado and Murray-Darling (Panellist at workshop at Australian National University, Crawford School of Public Policy, 23 September 2013) (invited)

JM Williams and A Webster, ‘What are the Problems with Sharing Water between and within States of Australia?’ (Paper presented at River Murray Water Justice Forum, Hawke Centre, University of South Australia, 1 August 2012) (invited)

A Webster, ‘What Can We Learn From Early Colonial Disputes Over The Murray River?’ (Paper presented at 29th Annual Australian and New Zealand Law and History Conference, Melbourne, 13-15 December 2010). I was awarded a Bruce Kercher Conference Scholarship to attend and present at the conference.

Submissions to Government Organisations and Inquiries

M Stubbs and A Webster, Submission to the Joint Standing Committee on Electoral Matters, Inquiry into matters relating to Section 44 of the Constitution, 8 February 2018

A Webster (on behalf of the Public Law and Policy Research Unit), Submission No 2 to the Senate Legal and Constitutional Affairs Committee, Inquiry into the matter of a popular vote, in the form of a plebiscite or referendum, on the matter of marriage in Australia, 31 August 2015

A Reilly, G Appleby, A Webster and L Grenfell (on behalf of the Public Law and Policy Research Unit) Submission to the Legal and Constitutional Affairs Committee, Inquiry into the Independent National Security Legislation Monitor (Improved Oversight and Resourcing) Bill 2014, 27 January 2015

G Appleby, A Reilly, M Stubbs, A Webster, J Williams, Submission to the National Commission of Audit, Reform of roles and responsibilities of Commonwealth, State and Territory Governments, November 2013

‘Budget explainer: the federal-state battle for funding’ on The Conversation (19 April 2017)

‘Explainer: the same-sex marriage plebiscite’ on The Conversation (14 September 2016)

‘Explainer: what is a ‘hung parliament’, and how will a government be formed?’ on The Conversation (3 July 2016)

‘Election explainer: what does it mean that we’re having a double-dissolution election’ on The Conversation (8 May 2016)

‘Interactive: profiles of the cabinet and shadow cabinet’ on The Conversation (4 April 2016)

‘Explainer: what are double-dissolution elections? And why might we soon have one?’ on The Conversation (22 March 2016)

‘Explainer: how Australia can legalise same-sex marriage’ on The Conversation (2 June 2015)

‘Explainer: how are Australia's “knights and dames” appointed?’ on The Conversation (28 January 2015) (with J M Williams)

‘Could the Constitution protect farm water from coal seam gas?’ on The Conversation (23 January 2015)

Adam Webster has co-authored a research report for Australia's Royal Commission into Violence, Abuse, Neglect and Exploitation of People with Disability.

A referendum won’t save the Murray-Darling Basin