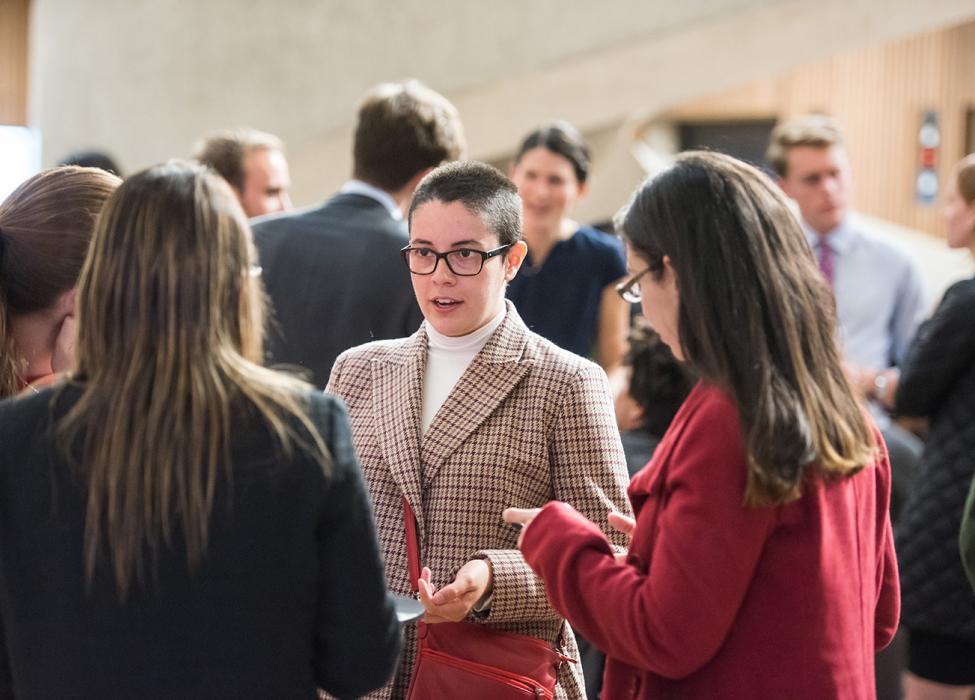 A new scholarship to support individuals aiming to run for elected office in the United Kingdom and Republic of Ireland has been announced today.

The Political Leadership Scholarship is a new fully funded scholarship which aims at improving the diversity, calibre and training of public leaders in the two countries by making it more accessible to study public policy at Oxford early in their career.

The scholarship will be available to individuals ordinarily resident in the United Kingdom or Republic of Ireland who have successfully applied to the Blavatnik School’s Master of Public Policy (MPP) and who aim to run for elected office in the near future.

Twenty-eight British Prime Ministers were educated at Oxford, and at least 30 international leaders studied or taught at the University throughout its history. However, Oxford had not deliberately educated for political or public sector leadership or designed its education with public leadership qualities in mind until the Blavatnik School was founded in 2010.

Our alumni are already having an impact on policymaking around the world and they include elected members of Panama’s and Brazil’s federal parliaments, a member of Canada’s provincial government, Germany’s youngest mayor and the UAE’s youngest cabinet minister.

With the Political Leadership Scholarships, the School will be able to offer more support for the training of the next generation of British and Irish politicians. The MPP is designed to develop the academic knowledge, professional skills and public service values needed to address some of the most complex public policy challenges – including in Britain and Ireland.

Up to three scholarships are available each year, starting from the 2020/21 academic year. Admissions to the MPP for 2020 entry will open on 2 September 2019.

The scholarships will be fully funded (i.e. they will cover in full the tuition fee and college fee, as well as including a maintenance grant) and candidates will need to demonstrate exceptional academic merit and potential. Candidates will need to be active in party politics and have a goal of actively seeking elected office at a national or local level within five years from graduation. More information on how to apply can be found on our MPP fees and funding page.

The Political Leadership Scholarship is the most recent initiative in a series that focuses on supporting individuals planning to run for office – we recently launched the Pathway for Success programme, in collaboration with Operation Black Vote, which supports diversity in the UK parliament; our students recently organised a political campaigning conference; and our programmes for senior leaders are aimed at developing integrity and values in government.

Professor Ngaire Woods, Dean of the Blavatnik School, said: “People want their politicians to represent the people they serve. Our mission is to train a new generation of leaders from all backgrounds, honing their ability to scope and define today’s problems, and addressing them with public service values and evidence-based thinking. This scholarship is one way we can support a new wave of elected leaders in the UK and Ireland.”