The issue of independence or maintaining the three-century-old Union continues to dominate the politics of Scotland and is likely to be one of the defining post-COVID-19, post-Brexit topics for the whole of the UK. Polling shows the constitutional question is the most important consideration in the forthcoming Scottish parliamentary election in May. Regardless of the outcome of the election, the issue will not go away. It is possible that after that election, or at some other point in the future, there is a clash between the mandate of the Scottish electorate on the one hand, and the laws of the United Kingdom as a whole on the other, over the question of whether to hold a further referendum (in 2014 Scottish people voted to remain in the United Kingdom by a margin of 55 to 45 per cent).

This potential clash of laws and votes is not the only hotly debated topic. Other questions abound over the rules of any future referendum, what prospectus should be put forward by the pro-independence and pro-Union sides about what happens if their argument triumphs, and what reforms are possible that might increase support for Scotland remaining in the Union above the precarious levels shown in recent surveys.

Ciaran Martin, Professor of Practice in the Management of Public Organisations at the Blavatnik School of Government, will present a paper entitled 'Resist, reform or re-run: long- and short-term reflections on Scotland and independence referendums', in which he delves into the constitutional issues related to the referendum, drawing on direct personal experience from the 2014 referendum and the negotiations preceding it.  A conversation with Sir Tom Devine, Scotland’s leading historian and Professor Emeritus at the University of Edinburgh, and Professor Ngaire Woods, dean of the Blavatnik School, will follow.

Sir Tom’s foreword to Ciaran Martin’s paper describes it as "powerful and penetrating...[showing] a deep understanding of the Anglo-Scottish Union". Sir Tom writes that the paper is "a must read for politicians of all parties, and especially for the denizens of Downing Street and Bute House...[and] profoundly important for anyone seeking to understand the current imbroglio facing the UK".

Ciaran Martin is best known for setting up and running the UK’s world-leading National Cyber Security Centre within GCHQ. Prior to that, he was Constitution Director in the Cabinet Office from 2011-14. In that role, he was appointed by the then Prime Minister, David Cameron, and the then Scotland Secretary, Michael Moore, as the lead civil servant negotiating the rules for what became the 2014 independence referendum in Scotland with the Scottish Government. When the Edinburgh Agreement was signed on 15 October 2012, providing for that referendum, Ciaran was one of six people at the table alongside Mr Cameron and Mr Moore, and opposite then First Minister Alex Salmond, then Deputy First Minister Nicola Sturgeon, and his civil service opposite from the Scottish Government, Ken Thomson.

The Blavatnik School of Government’s mission is a world better led, better served, better governed. The School is becoming increasingly involved in teaching on complex issues of governance within and between nations and welcomes engagement with academics and practitioners, and proposals for further events, on this and similar topics.

The webinar will be held via Zoom – register below to receive joining instructions. It will also be streamed live and archived on our YouTube channel. 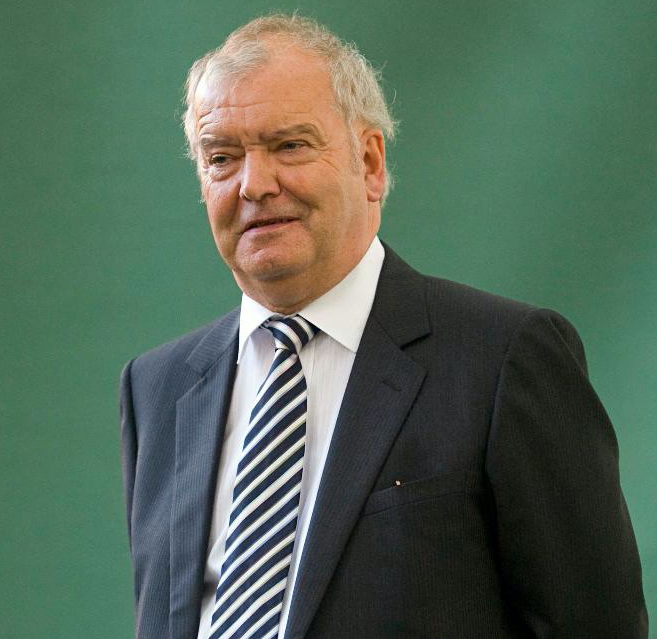 Professor Sir Tom Devine (OBE, BA, PhD, DLitt, FRHistS, FSAScot, FRSE, Hon MRIA, FBA) is Professor Emeritus in the University of Edinburgh, a historian and author recognised for his work on Scottish history and the global history of the Scottish people.

Educated at Strathclyde University, Sir Tom rose through the academic ranks and in 1992 became Deputy Principal of the University. In 1998 he was appointed Director of the world's first centre of advanced research in Irish and Scottish Studies at Aberdeen. From 2006 he held the Sir William Fraser Chair of Scottish History and Palaeography, generally regarded as the world's premier Chair of Scottish history. He has won all three major prizes for Scottish historical research, awards for services to Scottish cultural life, and in 2001 Scotland's top academic accolade, the Royal Gold Medal. He is the only UK historian elected to all three national academies within the British Isles. Awarded the OBE in 2005, his knighthood followed in 2014.

Sir Tom is the author or editor of more than 40 books on such varied topics as emigration, famine, empire, urban history, the Scottish Highlands, sectarianism, identity and rural social history. Relevant to this lecture, he published Independence or Union: Scotland's Past and Scotland's Present in 2017 (‘Deserves to be read by everyone interested in the future of the United Kingdom – Andrew Marr’).

Ciaran Martin is Professor of Practice in the Management of Public Organisations at the Blavatnik School of Government.

Ngaire Woods is Professor of Global Governance and dean of the Blavatnik School of Government.

See all events
Capitalism: what has gone wrong, what needs to change, and how can it be fixed?

Leaving the Tarmac: Buying a Bank in Africa

Aigboje Aig-Imoukhuede shares challenges, triumphs and leadership lessons from his experience turning one of Nigeria's smallest and most crisis-prone banks into one of the biggest and strongest banks in the country

How can digital platforms enable women's voices to contribute to the governance of the future of work?