Corruption in rich countries is different to corruption in poor countries. While people in rich countries can go about their daily lives without encountering corruption there are significant ramifications when it is identified and exposed. This seminar will focus on dynamics of corruption and breaches of integrity, and some responses that can be put in place, and will discuss issues relating to public policy and administration.

This event is hosted by the Building Integrity Programme and will be introduced by Dr Nik Kirby, Research Fellow in Philosophy and Public Policy at the Blavatnik School of Government. 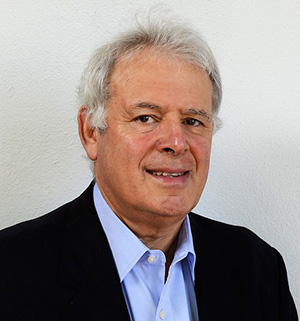 He acquired extensive policy experience over 22 years in the senior level posts he has held in (Australian) government, both Federal and State.  He was the longest serving Director of the Australian Institute of Criminology, and for four years was Head, Cabinet Office, Government of South Australia. He has had long experience in both academia and in government, and currently works internationally in corruption prevention and integrity enhancement.

He has two doctorates from the University of NSW, is the author of some 250 scholarly publications, and is a Fellow of the Academy of the Social Sciences in Australia.

Just three days before the final referendum for a new constitution in Chile, this webinar will examine the essential elements of the Chilean constitutional process and the citizen's perspectives.

This year's Social Outcomes Conference explores how government could collaborate with the voluntary, social and private sectors to develop, manage and evaluate shared social outcomes.

How do we make things happen on the ground? Mara Airoldi in conversation with Stefan Dercon

Professor Stefan Dercon shares insights on achieving consensus throughout the policy process to improve outcomes from his decades of experience conducting research and advising governments.