Reimagining capitalism for a world on fire

Free market capitalism has been among the greatest sources of prosperity the world has ever seen. But this success is becoming increasingly costly with the current capitalist system on the verge of destroying the planet and destabilising society as wealth rushes to the top without redistribution.

Professor Rebecca Henderson joins the School to discuss the findings of her recent book Reimagining Capitalism in a World on Fire. Through rigorous research in economics, psychology, and organisational behaviour, as well as her many years of work with companies around the world, Professor Henderson attempts to debunk the worldview that the only purpose of business is to make money. She shows that we have failed to reimagine capitalism so that it is not only an engine of prosperity but also a system that is in harmony with environmental realities, striving for social justice, and the demands of truly democratic institutions.

This talk will be moderated by Professor Karthik Ramanna.

Rebecca Henderson is one of 25 University Professors at Harvard, a research fellow at the National Bureau of Economic Research and a fellow of both the British Academy and of the American Academy of Arts and Sciences. She also has more than twenty-five years of major public board experience. Rebecca’s research explores the degree to which the private sector can play a major role in building a more sustainable economy. Her publications include Accelerating Energy Innovation: Insights from Multiple Sectors (University of Chicago Press) and Leading Sustainable Change: An Organizational Perspective (Oxford University Press). Her most recent book is Reimagining Capitalism in a World on Fire which was shortlisted for the FT/McKinsey 2020 Business Book of the Year Award. 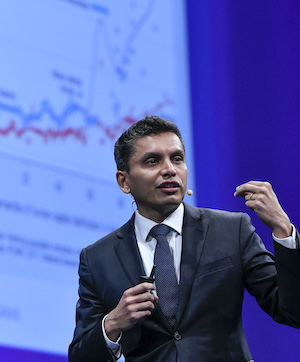