Governing in the climate crisis: how should future leaders prepare?

As the impacts of climate change accelerate, human societies will face a set of cascading, layered, and interrelated challenges. Droughts, sea level rise, and extreme weather and heat will increasingly affect food security, public health, economic development, and conflict. The relatively stable ecological conditions in which human societies have been governed in recent decades cannot be assumed to continue. How should future leaders prepare, and what role can, or must, universities play in that process? This event will survey the macro challenges we increasingly face, and consider how the next generation of leaders can best prepare to navigate them.

Please note: this event will also be broadcast on our YouTube channel. 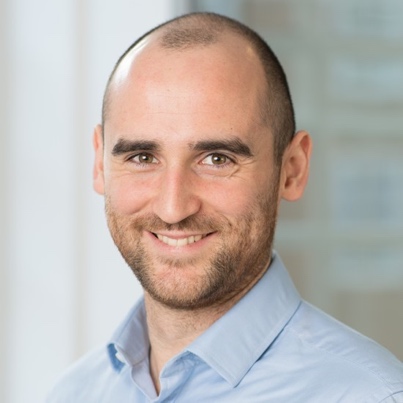 Laurie Laybourn-Langton is an award-winning researcher, author, and strategist. He currently leads the Cohort 2040 project, which explores the challenge facing emerging leaders from the deepening environmental crisis and how they can better respond and be supported over their journey to senior leadership. He is undertaking this project as a Visiting Fellow at Chatham House and through the Global Systems Institute, University of Exeter, and the Institute for Public Policy Research (IPPR). He is also a trustee of the New Economics Foundation (NEF) and a co-founding director of the Economic Change Unit, an organisation he previously ran. Laurie has also been the Director of the UK Health Alliance on Climate Change and worked at the Grantham Institute at the London School of Economics (LSE), the Institute for New Economic Thinking (INET) at Oxford University, and in the UK Parliament. He regularly writes for a range of publications, appears on TV and radio, and is co-author of Planet on Fire: A Manifesto for the Age of Environmental Breakdown (Verso, 2021). 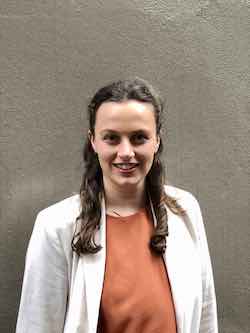 Tessa Vincent is a current MPP student from a Law and Politics background who has worked across Aotearoa, New Zealand's (NZ's) branches of government for Members of Parliament, Judges and a Minister. Tessa is passionate about tackling climate change, particularly through food waste reduction. This led her to set up NZ Food Waste Champions, which is accelerating progress towards halving food waste by 2030 in NZ in line with Sustainable Development Goal Target 12.3. In the non-profit sector, Tessa has set up an alliance of 22 food rescue charities and worked as a charity lawyer and advisor on charitable giving. Tessa is looking forward to learning more about best practice policy making during the MPP and how governments can enhance decision-making on the issues that matter most. Tessa is a Blavatnik School of Government Public Service Scholar. 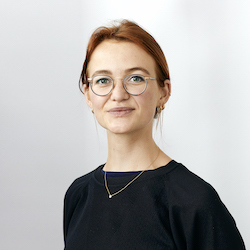 Nina Bengtsson is a current MPP student who previously worked as a political advisor in the European Parliament focusing on climate and transportation policy. Her years in the EU system have shown her how extraordinarily difficult it is to pass climate policy that aligns with science. Nina is joining the Blavatnik School of Government to become better equipped at changing that. Her primary interests concern renewable energy infrastructure and how to further effective public-private cooperation to end energy poverty and halt climate breakdown. Previously, Nina worked as an organiser on national electoral campaigns, sat on the Danish youth climate council advising the Minister of Climate and led work in local non-profit organisations. Nina grew up in Denmark, and has lived in Singapore, Brussels and the US. She completed her bachelor’s degree at Copenhagen Business School and Cornell University. Nina is a Blavatnik School of Government Public Service Scholar. 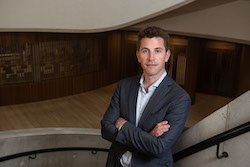 Dr Thomas Hale’s research explores how we can manage transnational problems effectively and fairly. He seeks to explain how political institutions evolve – or not – to face the challenges raised by globalisation and interdependence, with a particular emphasis on environmental, economic and health issues. He holds a PhD in Politics from Princeton University, a master's degree in Global Politics from the London School of Economics, and an AB in public policy from Princeton’s School of Public and International Affairs. A US national, Dr Hale has studied and worked in Argentina, China and Europe. His books include Beyond Gridlock (Polity 2017), Between Interests and Law: The Politics of Transnational Commercial Disputes (Cambridge 2015), Transnational Climate Change Governance (Cambridge 2014), and Gridlock: Why Global Cooperation Is Failing when We Need It Most (Polity 2013). Dr Hale leads the Oxford COVID-19 Government Response Tracker and co-leads the Net Zero Tracker.

See all events
Is American democracy in danger? How US politics turned tribal and what it means for the future

James Morone puts the current state of American politics in historical perspective and shows what’s new --and what’s not. He explains how old patterns have taken on new forms and reflects on the prospects for democracy in the years ahead.

Reimagining capitalism for a world on fire

Professor Rebecca Henderson discusses the findings of her new book, which attempts to reimagine capitalism so that it is not only an engine of prosperity but also a system that is in harmony with environmental realities, striving for social justice, and the demands of truly democratic institutions.