Skip to main content
Germany, the Holocaust, and the postcolonial challenge
The Alfred Landecker Memorial Lecture
Online event
Open to the public
This event is free - register below to attend

Many observers from abroad have long regarded Germany’s confrontation with its Nazi past as exemplary. For some months, however, this assessment has been massively questioned. The understanding of the Holocaust as a "breach of civilisation" is seen by some as a politically convenient dogma that hinders confrontation with Germany's colonial crimes. Norbert Frei, Chair of Modern and Contemporary History at Friedrich Schiller University Jena, contradicts this thesis by describing the complex history of Germany’s handling of the Nazi past as a project of societal self-enlightenment.

The lecture will be followed by a panel discussion with the Blavatnik School of Government's Maya Tudor, Mary Fulbrook (Professor of German History at UCL) and Nicholas Stargadt (Professor of Modern European History at Magdalen College, Oxford).

The Alfred Landecker Memorial Lecture, held each year on 27 January to coincide with the United Nations Holocaust Remembrance Day, is delivered in partnership with the Alfred Landecker Foundation. The lecture is an integral part of the Alfred Landecker Programme at the Blavatnik School of Government, which investigates the rights and interests of minorities and vulnerable groups, exploring, in particular, the values and institutions that underpin democratic society.

Please note: This event takes place online via Zoom. Register below to receive joining instructions closer to the event date. The event will also be livestreamed on YouTube. 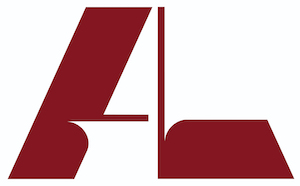 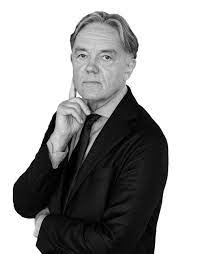 Norbert Frei is Chair of Modern and Contemporary History at Friedrich Schiller University Jena and heads the Jena Center 20th Century History. He has been a full member of the Saxon Academy of Sciences and Humanities in Leipzig since 2011. His numerous publications primarily address the history and aftermath of the so-called Third Reich, memory of the Holocaust, the history of human rights, as well as media history of the 20th century.

At the request of the Office of the Federal President of Germany, he is currently researching how the federal presidents from Theodor Heuss to Richard von Weizsäcker dealt with the country’s National Socialist past. 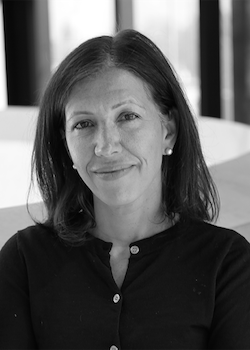 Dr Maya Tudor is Associate Professor of Government and Public Policy at the Blavatnik School of Government. Her research investigates the origins of stable, democratic and effective states across the developing world, with a particular emphasis upon South Asia. She was educated at Stanford University (BA in Economics) and Princeton University (MPA in Development Studies and PhD in Politics and Public Policy). She has held fellowships at Harvard University’s Belfer Center for Science and International Affairs, Oxford University’s Centre for the Study of Inequality and Democracy, and Stanford University's Center for Advanced Study in the Behavioral Sciences.

She is currently working on two book manuscripts, a comparative study of nationalisms and democracy in Asia and a critical review of nationalism research (Cambridge University Press). Her last book, The Promise of Power (Cambridge University Press, 2013), was based upon her 2010 dissertation, which won the American Political Science Association’s Gabriel Almond Prize for the Best Dissertation in Comparative Politics. The book investigates the origins of India and Pakistan’s puzzling regime divergence in the aftermath of colonial independence. 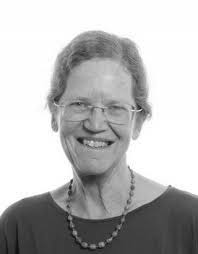 Mary Fulbrook, FBA, is Professor of German History at UCL and former Executive Dean of the UCL Faculty of Social and Historical Sciences. A graduate of Cambridge and Harvard, she is the author or editor of more than 25 books. Her most recent book, Reckonings: Legacies of Nazi Persecution and the Quest for Justice (OUP 2018), won the 2019 Wolfson Prize; previous books include the Fraenkel Prize-winning A Small Town Near Auschwitz: Ordinary Nazis and the Holocaust (OUP, 2012), and Dissonant Lives: Generations and Violence Through the German Dictatorships (OUP, 2011), as well as studies of the GDR and East German society, questions of national identity after the Holocaust, and theoretical issues in history. She is currently writing a book on Bystander Society in Nazi Germany: Conformity, Complicity and the Holocaust, and directing an AHRC-sponsored collaborative research project on ‘Compromised Identities? Reflections on Perpetration and Identity under Nazism’.

As a historian of modern Germany, Nicholas Stargardt is interested in the human scale of history, how ordinary people experienced and understood the periods they were living through and what choices they imagined they had at the time.

For the last 20 years, he has tried to understand the experience of those who lived in Germany and under German occupation during the Second World War. This has resulted in two major books. Witnesses of War: Children’s Lives under the Nazis (2005) was the first work to show how children experienced the Second World War under the Nazis, exploring the widely divergent experiences of German and Jewish, Polish and Czech, Sinti and the disabled children. The book showed how, as the ‘safe’ bounds of childhood were destroyed by the war and by a regime bent on separating children out along racial lines, children became increasingly important social actors in their own right.The German War: A Nation under Arms, 1939-45 (2015) answers the key question without which we cannot understand how Germans were able to continue the war till the bitter end: What did they think they were fighting for? How did the changing course of the conflict — the victories of the Blitzkrieg, the first defeats in the east, the bombing of Germany’s cities — change their views and expectations? When did Germans first realise that they were fighting a genocidal war and how did they deal with this knowledge?