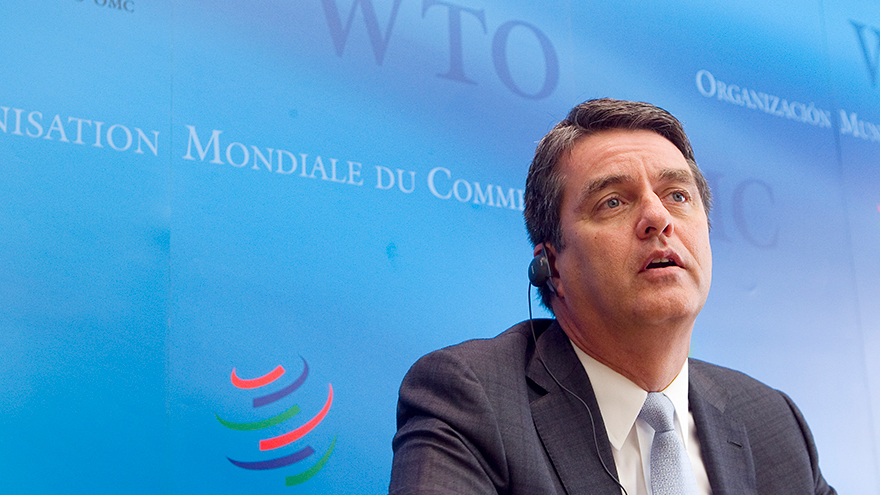 The World Trade Organization’s director-general, Roberto Azevêdo, has called for an urgent shakeup of his institution. Last week, he declared the WTO to be in “the most serious situation [it] has ever faced,” and now he is convening crisis talks with member countries. One of the main reform proposals, reportedly advocated by the United States and the European Union, is to move away from consensus-based decision-making – one of the WTO’s founding principles. That might boost efficiency, but it also could jeopardize one of the WTO’s greatest assets: its legitimacy.

The current impetus for reform is driven by the desire to bring global trade negotiations back to the WTO. With multilateral talks floundering – the WTO’s Doha Round talks stalled again this summer, as India blocked implementation of the “Bali Package,” the modest agreement reached at last year’s ministerial conference – some of the WTO’s largest members, notably the US and EU, are pursuing bilateral and regional trade agreements.

These efforts include the US-EU Transatlantic Trade and Investment Partnership and the Trans-Pacific Partnership. The US and the EU are also leading the charge on the Trade in Services Agreement (TiSA), assembling a coalition of like-minded WTO members for closed-door negotiations on further liberalization and new rules for their mutual trade in services. To date, none of these non-WTO talks include the other major players in global trade – China, India, and Brazil.

The reason most of the large “plurilateral” negotiations are taking place outside of the WTO is simple: agreements within the WTO need the approval of all members to proceed. But unanimous approval is likely only when the content of agreements is not controversial – hence the proposal to abandon the rule.

Such a reform would eliminate individual countries’ veto power, allowing agreements to progress within the WTO even if certain members oppose them. This proposal is a game changer. The result is that plurilateral negotiations – talks involving only some countries rather than the WTO’s entire membership – would likely become the organization’s main way of doing business.

To be clear, the WTO, like its predecessor, the General Agreement on Tariffs and Trade, has always allowed sub-groups of countries to form “members-only” plurilateral agreements, including regional integration initiatives, like the EU, and bilateral deals. Many of these agreements benefited members and non-members alike.

Countries are also allowed to negotiate regional trade agreements outside of the WTO. But the WTO’s consensus norm has helped to ensure that such agreements do not undermine the global trading system’s multilateral core. Currently, if a sub-group wants to pursue talks on a specific issue like trade facilitation or government procurement, it generally must do so within the WTO, with all members approving the agreement. Trade governance has remained fundamentally multilateral.

Though dropping the consensus norm might help deliver agreements and make the WTO more “efficient,” it poses real risks to the organization’s legitimacy. Moving from consensus to voting, as some advocate, would disenfranchise the WTO’s smallest and poorest members. These countries lack the market size to be invited into plurilateral clubs. Their major avenue for influence is the threat of a veto.

Some commentators suggest that letting plurilateral agreements become the norm for trade liberalization is not a problem as long as their benefits are extended to all WTO members. That misses the point. Modern trade negotiations are as much about setting a new regulatory agenda as they are about reducing tariffs. The risk for small countries is that in a world of globalized production, all states would be forced to conform to regulatory standards set by clubs of big market players.

Marginalizing the smallest countries would hurt not only them, but also the WTO as a whole. The WTO is widely perceived as having greater legitimacy than many international organizations, including the International Monetary Fund and the World Bank, precisely because all members have a say. The short-term efficiency gains from dropping consensus may well be outweighed by higher long-term costs.

So what is the way forward? One possible reform would be to spell out clear criteria for when a country may use its veto power. An individual member’s interest in holding up talks needs to be weighed against the interests of all, and in light of the WTO’s mandate.

In the current stalemate over the Bali Package, India argues that its stance is legitimate, because it is helping millions of poor, food-insecure Indian farmers. Opponents, including the US, argue that India’s food-security program is distorting world prices and harming poor farmers in Africa. An independent panel could play the role of arbiter, evaluating the competing claims and helping to overcome the political posturing on both sides.

Moreover, plurilateral negotiations need clear guidelines, which should include transparency, with all WTO members allowed to observe proceedings. For example, the TiSA talks on new services rules exclude other WTO members. There must also be mechanisms clearly specifying how countries can join an existing plurilateral agreement, including the possibility of opt-out clauses. Crucially, those countries that join later should not have to make greater concessions than founding members.

As the WTO’s members debate reform proposals, they need to ensure not only that the WTO becomes more efficient, but also that it is inclusive and delivers on development. Anything else would risk the institution’s long-term legitimacy and effectiveness.

Emily Jones is Deputy Director of the Global Economic Governance Program and a Faculty Associate of the Blavatnik School of Government.