My summer project: working at the Unit for Gender Equality at Mexican Congress 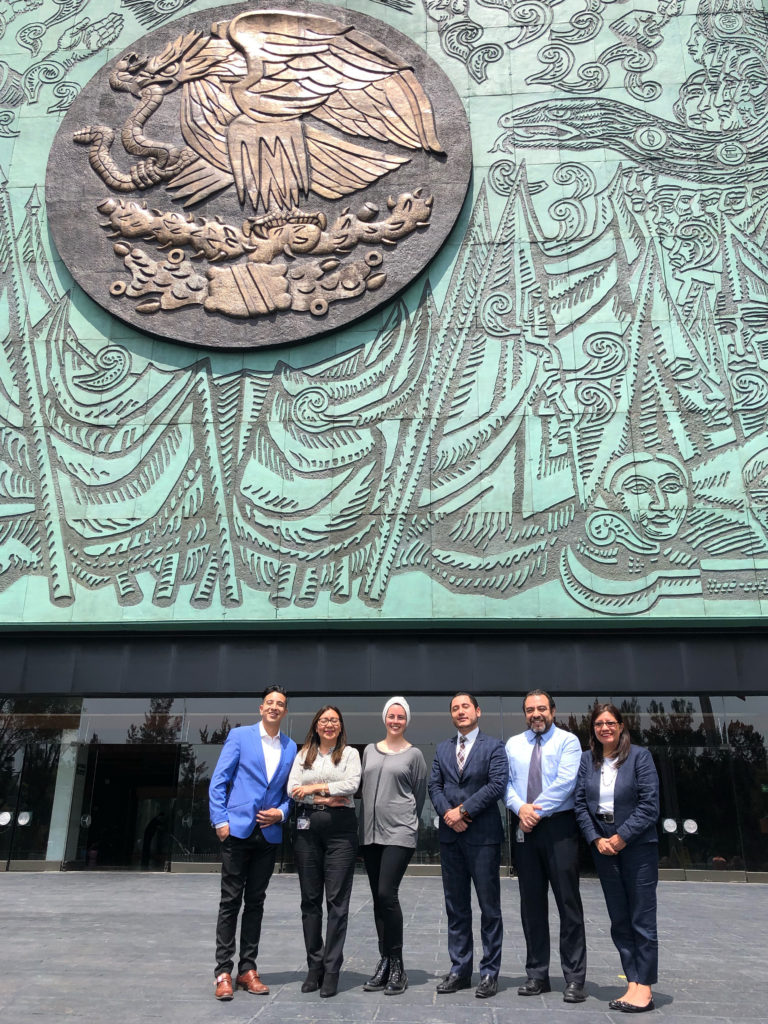 Last December, a new government assumed power in Mexico. It was the first time that a leftist party won the presidential election and a simple majority in the Lower House of Congress. Since its institutionalisation in 2014, the National Regeneration Movement (MORENA) party gave Mexicans a new source of hope amid rampant corruption, inequality and skyrocketing levels of insecurity and violence. Today, more than a year after the election outcome, the road towards transformation has been rocky, full of uncertainty and even fear.

Among public servants, there are those who succumb to the anxiety
generated by the slow pace of economic growth, the budgetary restrictions and
the interruption of social programs. There are others, however, like the
Director of the Unit for Gender Equality in the Federal Congress, Beatríz
Santamaría, who see opportunities in times of change. Santamaría, an avid
feminist who has worked for gender equality policies for almost 30 years, was
appointed Director of the Unit since its establishment in December 2016. The
Unit is a source of pride for Mexico, regarded as a vanguard in the realm of
legislative gender parity, and while it faces considerable internal opposition
from politicians who explicitly or implicitly adhere to patriarchal notions of
power and policy making, Santamaría has fought against budgetary and political
constraints to maintain the salience of the Unit for Gender Equality in the
legislative agenda.


It has not been easy; when the Unit was established in 2016, with no clear budgetary allocation and no office space, it did not fall short of mere tokenism to improve the CEDAW Committee's evaluation of Mexico. It was the strong leadership, political experience and diligence of Santamaría and the entire team she assembled of women and men committed to push for the visibility, representation and protection of all women, through an intersectional lens.


When I arrived in the Unit for my MPP summer project, the team's dedication to gender equality was palpable since day one. During my first week, I received an induction to the parliamentary system so I could streamline my recommendations to the political and legal context of Congress. We hold meetings at least once a week where all ideas are welcome and where no one is more or less important: junior interns are given a project to work on and complete ownership over outcomes, and more senior members serve as mentors.


What I found most comforting about the team was that they know how to look beyond numbers and pretty statistics. Mexico stands out as the fourth country in terms of legislative gender parity, with almost 50% of the seats in both houses of Congress held by women. However, it still holds the 74th place out of 189 in the Gender Inequality Index 2017, with indigenous, afro Mexican and transsexual women among the most vulnerable demographic. I was relieved to learn that the team was not only aware of the power disparities among women, but they also constantly questioned the complexity of identity and how its fluid nature crosscuts with privilege, breaking down the monolithic term “women” to move away from essentialism and its dangers.


The team has maintained relevance in Congress and grown at an admirable rate because of the strategic partnerships it has accomplished with MPs, within the Secretariat, with academics, advocates and international networks. It seeks to strike a balance between political strategy, a strong legal framework, skilful knowledge of public budgeting, evidence based policymaking and evaluation, and a vast understanding of feminist theory. I am contributing towards an evidence based policy framework, disaggregating and crosscutting data in order to prioritise the visibility of minorities and designing a Gender Impact Assessment that mainstreams the intersectional gender dimension in all the policy issues that explicitly or implicitly affect women.


The words of Marisol Sarmiento, who spent four years at the Unit for Gender Equality at the Federal Police Force, resonate every time I walk into the imposing legislative palace near the centre of Mexico City, every time I walk past the busts of the forefathers of parliament, none of them women, none of them indigenous, none of them openly queer: “Parity is not sufficient, we need to push for an inclusive narrative that can materialise in tangible and measurable results, and this can only be achieved by promoting open, deliberative  democratic spaces”. It is not only about changing policy and working for de jure equality. We have that, and yet nine women are estimated to be murdered in Mexico everyday (according to UN Women). Substantive equality is about changing mind-sets and behaviours, about confronting and calling out discrimination, violence and systematic power disparities, about centring the narratives of marginalised communities and de-platforming those who advocate for institutional exclusion. Substantive equality goes beyond numbers, but it is what keeps girls in school, and women alive.


Paola Schietekat Sedas is a Master of Public Policy student, currently in Mexico for her summer project.