Insights into the downgrading of India's democracy from free to partly free. 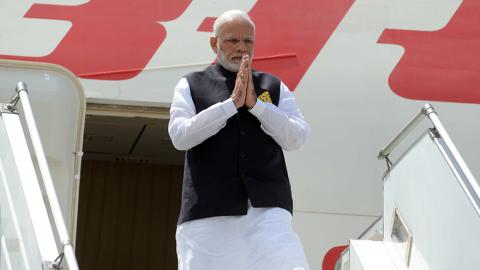 India, long the world’s largest, most diverse and most hopeful democracy, is officially no longer a democracy. For the first time in almost fifty years, the world’s foremost democracy assessor, Freedom House, downgraded India’s rating from Free to Partly Free. The change this marks is considerable. For nearly three quarters of a century, India had defied the statistical odds that diversity and poverty would impede democracy. Of India’s neighbours inheriting similar challenges of poverty, ethnic diversity, and colonial plunder, India does better on human development than most, outranking Pakistan, Bangladesh, Nepal and Myanmar. Only Sri Lanka, a country possessing substantially higher levels of education and literacy, lower levels of diversity, and a thriving commercial export sector at independence, has higher levels of human development.


Yet with this week’s change, the brightest beacon of hope that democracy could survive in poor, diverse and developing conditions has faltered. India now joins all other South Asian countries – Bangladesh, Sri Lanka, Nepal, Afghanistan, Myanmar and Pakistan – in a category that Freedom House considers non-democratic.

India’s diminished democracy exemplifies how three quarters of the world lives in countries where freedom is declining. Most democracies are not dying today through dramatic military coups of the type currently unfolding in Myanmar. In Narendra Modi’s India, as in Viktor Orban’s Hungary or Donald Trump’s America, once-stable democratic institutions have been eroded by a political leader who defines the nation in terms of a fixed and polarising identity and maligns a corrupt elite in favour of a pure people. The usual path for democratic decline today is travelled by leaders who invoke populism and nativist nationalism to justify centralising executive power, shrinking civil liberties, and discarding constraints on executive power.

India’s recent political trajectory demonstrates how mainstreaming fixed national identities causes democratic decline. Hindu nationalism has today become the fundamental currency of India’s politics. Yet this was not always so. During its independence movement and early decades, India’s national identity celebrated diversity. In 1950, India constitutionally treated major religions and languages equally. In no small part because India’s national identity was understood to be plural, there was little debate over the creation of key democratic institutions: universal adult suffrage, executive restraints, and civil and political liberties.

While the electoral dominance of India’s nationalist movement began to wane during the 1960s and 1970s, no mainstream party fundamentally challenged India’s pluralist national identity. Beginning in the 1980s and 1990s, India’s dominant Congress party progressively found itself unable to effectively respond to a growing political polarisation on matters of identity and economics. Economically, the success of India’s liberalisation saw political winds blow away from the state intervention that Congress had traditionally championed. Culturally, voters committed to furthering a politics of caste recognition increasingly supported regional and caste parties while those opposed to identity politics increasingly supported the BJP opposition. These developments, as well as the decaying organisation and dynastic leadership of the Congress party, contributed to a winnowing of its broad support base.

In the context of these developments, Narendra Modi’s BJP won the 2014 national elections on a dual platform of economic development and Hindu nationalism. Yet especially as economic development has failed to materialise, the government’s portrayal of India as a Hindu nation has notably strengthened. Democratic decline has followed, because when fixed identities centrally define a nation, political leaders are able to quash the rights and resources of minorities by citing the very definition of national membership. Democratic decline in India, as in much of the world, follows three logics.

First, the Modi government has stoked polarisation around cultural issues that highlight a fixed national identity under threat.

Cow protection is one example of such an issue in India. Modi and BJP politicians have vocally argued that cow protection should be a governing priority because of the animal’s sanctity in Hinduism. Such rhetoric has directly translated into vigilante action that systemically threatens the lives and livelihoods of minority and lower-caste groups. At least 91 persons were killed and 579 were injured in cow protection attacks between January 2009 and October 2018. Ninety percent of these attacks were after BJP came to power in May 2014, and 66 percent occurred in BJP-run states. Muslims, approximately a quarter of the population, were victims in almost two-thirds of the crimes. As Freedom House notes, “Under Modi, India appears to have abandoned its potential to serve as a global democratic leader, elevating narrow Hindu nationalist interests at the expense of its founding values of inclusion and equal rights for all.” When minority populations have their rights systematically deprived, democracy definitionally diminishes.

Second, nationalist leaders further elevate a fixed national identity by arguing that defenders of pluralism lack ideological commitment to the nation and by linking them with external enemies.

The invocation of a threatened identity uses polarising rhetoric to collapse multiple, even cross-cutting cleavages into a single overarching identity cleavage—one which simultaneously serves both to unite groups with that identity and undermine others. A particularly successful strategy is to link domestic dissidents with foreign enemies, one that was successfully used by southern segregationists in the United States to link civil rights activists to communists and by Orban’s Hungary today to link domestic critics to liberal elites such as George Soros. As the possibility of dissent in any form is increasingly undermined, so too is an institutional cornerstone of democracy.

In India, the rise of the anti-nationalism label in political discourse is the clearest indication of this dynamic. The very possibility of simultaneously being loyal to the nation and critical of government actions is considered oxymoronic. Protesting government actions on entirely legal grounds, for example, that laws or practices violate core tenets of the Constitution, serves as no barrier to being labelled anti-national. In the 2020 Delhi elections, for example, the Aam Aadmi Party ran on an anti-corruption and public services delivery platform, while the BJP primarily campaigned on a platform that voting for AAP was anti-national. In the case of contemporary India, minorities and defenders of pluralism are often accused through coordinated and overwhelming social media trolling as being supporters of Pakistan.

A third means through which populist leaders use fixed nationalism to undermine democracy is by encouraging a leader to centralise governing power.

Populism definitionally positions ‘the people’ as the true voice of the nation, constrained only by a corrupt and out-of-touch elite. The problem of a corrupt elite that impedes change in the name of a people is best solved by sweeping away the institutional constraints such as courts or the bureaucracy. Using this logic, a populist and nationalist leader is justified in defying historic norms that serve as the guardrails of democracy.

Yet all this does not mean that nationalism itself is the problem. Nationalism is a battery that can power a wide range of political projects, the good and the bad alike. It is only when nations are defined by relatively fixed identities—such as race, religion, or caste in much of the world—as opposed to principles and ideals, that it creates room for political entrepreneurs to substitute identity cleavages for development issues. That is what has happened in India.

India’s extraordinary democracy has faltered in the hands of a new dominant party in India, one that is better organised, which possesses an extraordinary degree of grassroots and social media organisation, and which most importantly, has popularised a national narrative imagining India to be a Hindu nation. The popularisation of this fixed national identity has directly promoted minority marginalisation, fed public polarisation, and legitimised centralisation of executive power. Left unchecked, these forces will strangle India’s democracy.

Maya Tudor is Associate Professor of Government and Public Policy at the Blavatnik School. Her research focuses on the origins of stable, democratic and effective states across the developing world, with a particular emphasis on South Asia. Recently, she has been examining questions of nationalism and its relationship to inclusive democracy.