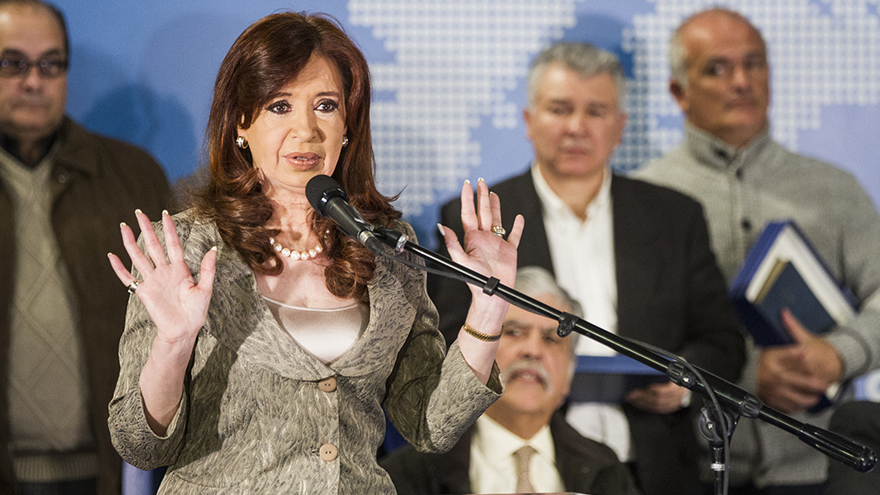 In any presidential campaign, candidates running for president announce their ticket partner for vice president. At least that seems to be the rule of thumb everywhere, but Argentina. For the first time in Argentine history, a candidate running for vice president announced their formula partner for the upcoming elections in October 2019. “I have asked Alberto Fernández to lead a team that includes both of us: him as the presidential candidate and me as candidate for the vice position”, said former president of Argentina Cristina Fernández de Kirchner (CFK) in a 13-minutes long video on YouTube.

Local pundits have
been speculating on a myriad of factors to explain the political move. Such
behaviour is unexpected from a figure that is often associated with a
personalistic and vertical type of leadership. Even more intriguing is the fact
that she chose Alberto Fernández as her running mate. Alberto Fernández was the
chief of staff for former president Néstor Kirchner —CFK’s late husband— and
also for CFK, although briefly, as he resigned after a political crisis in
2008. He was not on the radar as a presidential figure.

As counterintuitive
as everything may sound, however, CFK’s decision may have a perfectly logical
explanation if analysed from the concepts of outbidding effect and reverse
outbidding.

The outbidding
effect has been explored in the context of ethnic polarisation, where political
parties define their identity championing the interest of one ethnic group to
the exclusion of others. Conversely, Chandra uses the concept of reverse outbidding in the Indian context to show
how political parties can construct new majorities by progressively adopting
moderate positions that lead to the centre of the political spectrum.

The political
strategy that fuels the outbidding effect may be useful to explain not only
ethnic polarisation, but also scenarios where political actors increase
hostility to gain support from specific voters. In the Latin American context,
for example, we frequently see populists demonising elites to gain traction.
When one is successful in attaining support, others follow and try to ‘outbid’
the favourite, creating a demagogic arms race.

In Argentina, CFK had deployed a strategy of ideological outbidding in the months that followed the 2008 Argentine Farm Crisis, in which big agricultural sector organisations took direct action to protest against the government’s decision to raise export taxes. The crisis caused CFK’s approval ratings to plummet and, as a consequence, her party – FPV, a faction of the Justicialist Party – suffered a sharp drop in support in the 2009 legislative elections. CFK got the message: she had lost support among right-wing and urban upper-middle class voters. To survive politically, she needed to build new grounds for legitimising her administration.

CFK’s policies
after 2009 were remarkably left-leaning and they included wage increases,
poverty alleviation programmes, consumer subsidies, price controls on many
consumer goods, heavy market intervention, judiciary reform and the approval of
laws demanded by left-wing voters (e.g. same-sex marriage and new regulations
for broadcasters). She also dismissed Alberto Fernández as her, until then,
centre-right moderate chief of staff.

Most importantly, the strategy to catch the left-wing portion of the electorate also involved a strong anti-pluralist and anti-elitist narrative: a socio-political division between ‘the people’, and those against ‘the people’. This narrative fostered conflict and polarisation within the Argentine society – the so-called la grieta, which could be translated as ‘the fracture’.

The strategy of
polarising and governing with an intense left-wing approach ended up being
electorally profitable in the short term. In the 2011 elections, CFK was
re-elected with 54% of the votes. But her electoral capital started to become
very volatile after 2013 and, particularly, after she left the presidency in
2015, due to economic stagnation, corruption allegations and legal charges.

In the 2017
mid-term elections, even though she managed to secure one seat for herself in
the Senate, she came out in second place with 37% of votes in the Province of
Buenos Aires. More recently, polling surveys have consistently shown what seems
to be her electoral ceiling: only 30% of the most radicalised voters would vote
for her if she ran for the presidency.

The strategy of
outbidding towards the left side of the ideological spectrum was a bold
political decision in the context of the farm crisis. As previously mentioned,
it was also electorally profitable for her in order to be re-elected in 2011.
However, it is now showing signs of exhaustion.

With nearly 30% of
undecided voters, the most competitive ballot for the next election is going to
be the one able to capture the demands of the median voter. But CFK is far away
from the median voter and she knows that. So, her best chance of being
electorally competitive is to adopt moderate positions that lead her back
towards the centre of the political spectrum. However, there is a problem: with
her polarizing legacy, she cannot credibly commit to moderate positions.

In this context, Alberto Fernández is attempting to act as a trustee to help CFK overcome a credible commitment problem. He left CFK’s administration when she started to deploy her polarising strategy. Leveraging that, he might try to bring centrist credibility to the presidential ticket. In other words, he might champion CFK’s reverse outbidding tactic to make it credible in the eyes of voters, investors, unions and governors.

Far from being irrational, CFK’s decision of running as vice-presidential candidate has nevertheless been puzzling for most politicians in Argentina. No actor on the political chessboard has remained apathetic and the months to come are everything but predictable. The most relevant aspect of her announcement, however, is her apparent willingness to overcome – or smooth, at least – the grieta. That is good news for Argentina. But convincing the skeptical Argentine constituency will demand much more than mere announcements. Her damaged credibility will remain under everyday scrutiny until the presidential election.

María Lasa and Antonio Beun are both currently studying for a Master of Public Policy at the Blavatnik School of Government.