Exploring public leadership in the BLM era: a case study on stop and search

An overview of a recent case study our MPP students tackled in class. 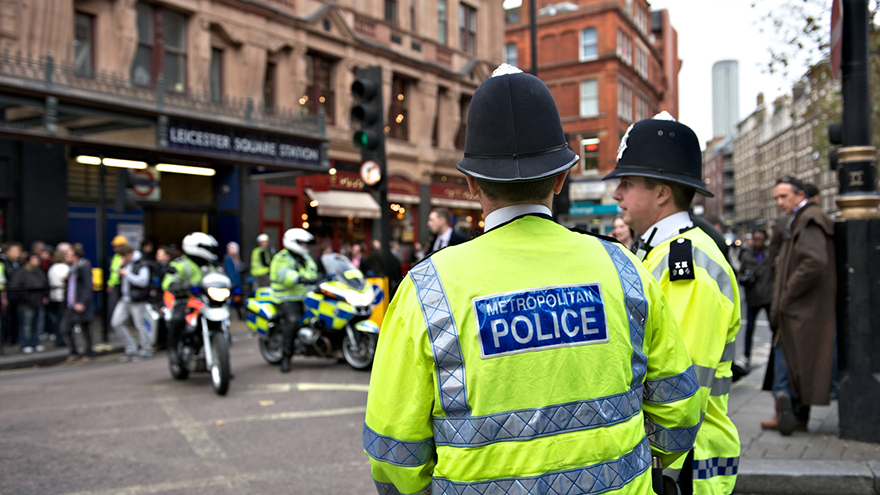 Last year, the Black Lives Matter (BLM) movement focused global attention on the deep-seated challenges of racism and police violence in Black communities, with activists around the world advocating for racial justice on an unprecedented scale. This is a major challenge of our time – one that demands the attention of future public policy leaders. It’s a pressing policy issue, an important leadership issue, and, for many, a deeply personal issue.

At the Case Centre on Public Leadership, we recognised that the Blavatnik School’s Master of Public Policy (MPP) students would want to engage with the issues raised by the BLM movement. But rather than discuss the movement in general, we wanted to incorporate these important topics into the students’ education in public leadership. We used our case study format to turn these challenges into managerial dilemmas, enabling students to gain the skills needed to address systemic inequalities in society. Collaborating with Professor Chris Stone, an expert in criminal justice reform, we drew on our faculty’s research to develop an in-depth case study around race and policing.


The case study explores the issues by examining the policy of stop and search, a long-contentious police power in the UK that allows officers to confirm or allay suspicions without first making arrests. The case is set in London in June of 2020, as national Covid-19 lockdown measures start to ease and BLM protests continue to spread. London’s latest stop and search statistics have just been released, showing that the Metropolitan Police (the Met) conducted 44,000 searches in May, an eight-year monthly high. London’s stop and search numbers had started to fall a decade before, but then increased in 2017/18 in an attempt to address rising knife crime. Yet this spike in May is still unexpected, nearly double the number seen in May the year prior. And beyond the sheer number of searches, the data also show that Black Londoners were searched at four times the rate of white Londoners. This rate of disproportionality has persisted for decades, eroding Black communities’ trust and confidence in the police. Against the backdrop of the BLM protests, these trends reignite concerns of racial profiling and institutional racism at the Met.


The case focuses around the Commissioner of the Met, Cressida Dick, who must decide how to respond to the spike in searches. While Commissioner Dick holds a unique role as the most powerful police officer in the UK, responsible for more than 30,000 officers, her dilemma is a common one: What do you do when you’re the head of a public service organisation that has lost the trust and confidence of key stakeholders?


This is the question that students got to consider in the classroom, discussing the case over two days in sessions led by Professor Stone and Professor Karthik Ramanna, director of the MPP and the Case Centre. On the first day, students focused on diagnosing the situation: what’s going on, and how did we get here? One of the challenges of this session was making sense of the history and evidence around the policy. Students found that two people could look at the same data on stop and search, such as the number of stops that find a weapon or other prohibited item, and come to different conclusions around the policy’s effectiveness and use across ethnic groups. And even while academic evidence tends to suggest that stop and search does not reduce crime, the majority of officers insist from their experience on the streets that it is a powerful tool for crime prevention and reduction. So while the policy has been contentious for decades over its disproportionate impact on Black and minority ethnic communities, it still enjoys widespread support in London. By exploring these details, students started to understand the complexities of the debate around the policy and the challenges of reform.


On the second day, students focused on finding solutions through a simulation. Each student was randomly assigned a role of one of the many stakeholders engaged in the issue: the Met Commissioner, the Mayor of London, an officer representative, an activist group representative, and so on. The Commissioner had to work with the other stakeholders to develop an action plan with concrete next steps. Through this exercise, students got to experience the challenges of uniting diverse, and often conflicting, views. It’s not a case where just internal and external perspectives are at odds; even views within the Met differ over how stop and search is used in Black communities, while members of the public voice diverse opinions on the matter. The simulation required careful communication, strategic negotiation, and some innovative thinking to find solutions that unite these perspectives and help to move forward. Finally, after presenting their own action plans, the students got to hear from the Commissioner herself, who spoke about her career in policing.


Through the case discussions, students were able to engage with our faculty’s research on criminal justice reform while also developing important leadership skills. These future leaders will be able to draw on these skills and knowledge to help rebuild trust with communities and address systemic inequalities in society.


Join the workshop Case method for public policy: connecting teachers and research for academic leaders in policy schools on 21-22 June 2021.