Professor of Practice of Public Integrity 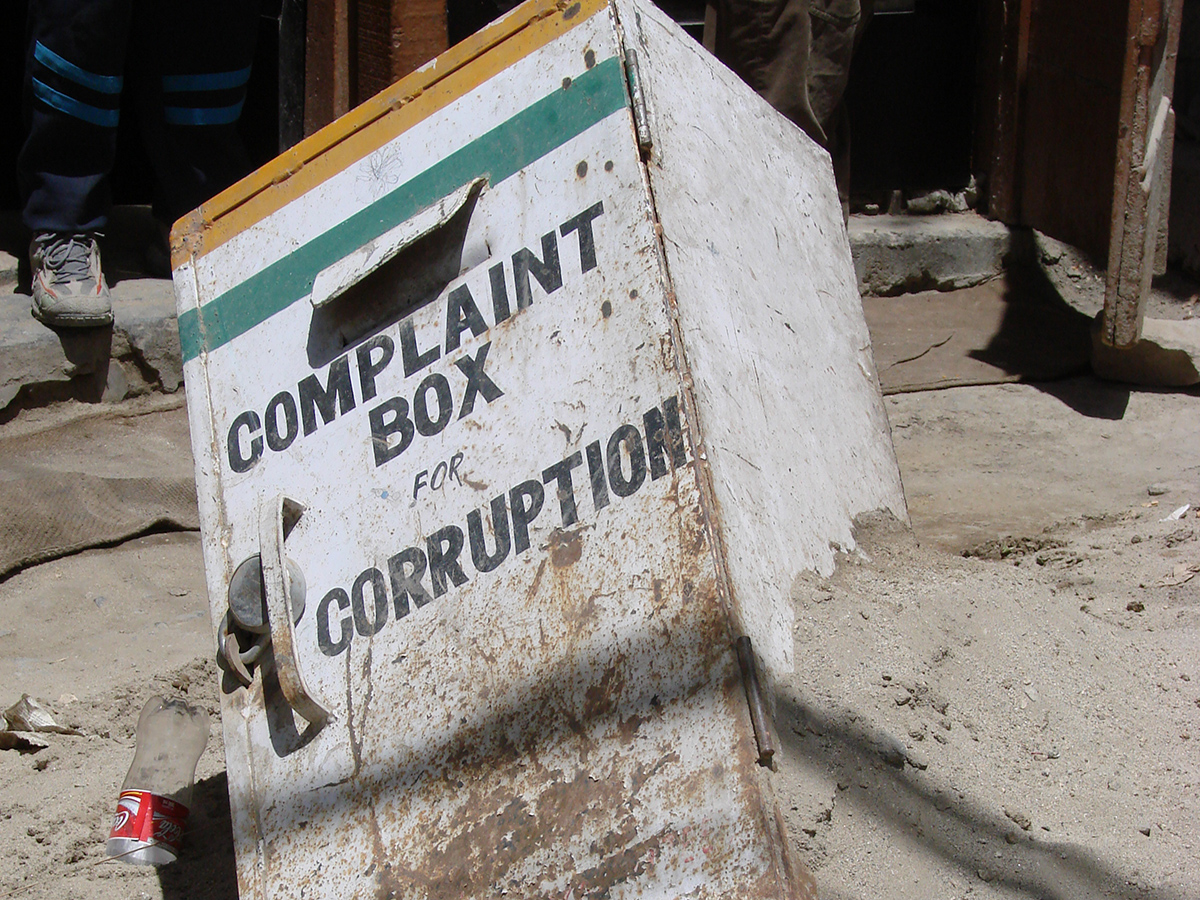 COVID-19 has killed more than five million people, but Babita Deokaran’s death in Johannesburg this year was different from every other.

She didn’t have the virus; she had information and courage. As the chief financial officer of her province’s health department, she knew the details of grand corruption in the purchase of equipment to protect against COVID-19 and was sharing those details with South African law enforcement. On 23 August this year, as she pulled her car into her driveway after dropping her young daughter at school, gunmen fired dozens of bullets into her car, killing her.

Babita Deokaran’s murder is a horrific reminder of how the pandemic has expanded opportunities for corruption, and the deadly stakes in every anti-corruption response. This week when officials worldwide celebrate the 18th anniversary of the UN Convention Against Corruption – now ratified by almost every country in the world – they might join South Africans in observing a moment of silence for Deokaran and the dangers still faced by those working against corruption everywhere. Indeed, we all might take this opportunity to reflect on what we’ve learned from the surge of corruption that has accompanied the global pandemic.

Even before the pandemic, anti-corruption efforts had seemed stalled almost everywhere.  The most widely cited indices were showing almost no progress in the restraint of corruption over the years, and public attitudes ranged only from cynicism to anger. Then came the pandemic with its waves of crisis-profiteering, cronyism, and fraud.

Corruption loves a crisis, the bigger the better. The reason is obvious: big crises lead governments to spend big money, and quickly, suspending the regulations and checks that try in normal times to block corruption’s way. COVID-19 provided a stress-test of the world’s anti-corruption institutions and reforms. How have they done under pressure?

To answer that, it’s useful to distinguish four different kinds of actions that governments have taken over the years to create the anti-corruption infrastructure tested by the pandemic: rules, procedures, structures, and institutional cultures. The rules – to oversimplify – specify who has what powers and obligations (for example, in procurement or financial support to businesses, families, and individuals). The rules limit when those powers can be used, establish who is eligible for various benefits, and set penalties for violations. The procedures specify how those powers are used, for example with what speed, checks, and transparency. The structures are institutions providing oversight and accountability, from auditors general, inspectors general, ombudsmen, and specialised anti-corruption commissions, to the more familiar institutions of law enforcement including police, prosecutors, and courts, as well as specialised investigators within tax authorities, central banks, and other ministries. I also include independent journalism among such structures when protected in law. Finally, institutional cultures comprise the values, understandings, and practices that characterise the shared experience of those within an organisation and to which they are expected to adhere. In my own experience, governments generally have a mix of departments, some with strong cultures of integrity and others with longstanding cultures of corruption. The reputations of each are often widely known across government and among much of the public, even if the specifics are not.

So how did those rules, procedures, structures, and institutional cultures hold up in this crisis? With extraordinary speed, rules and procedures were easily swept away as governments competed to quickly buy-up supplies they barely understood from suppliers many of whom had no relevant experience or capacity. The controversial VIP-lane for politically connected firms in Britain seeking non-competitive contracts is only one of dozens of examples of suspended rules and procedures that invited poor performance and corruption.

Oversight structures, on the other hand, have done reasonably well in many countries. Despite the difficulties of conducting investigations during a pandemic, auditors general have been reporting on hundreds of questionable procurements and specialised institutions, like South Africa’s Special Investigative Unit (SIU), have been revealing cronyism at the highest levels of government. Indeed, the reason we know about the corruption that thrived in the pandemic is because of the work of these auditors, investigators, commissions, and journalists. In short, the stress-test demonstrated the unique resilience of some of the world’s anti-corruption structures.

Curiously, we know very little about the resilience of institutional cultures of integrity in the pandemic. This reflects a wider neglect of these cultures in the study of public governance, in contrast to the prominence of organisation culture in accounts of the private sector. My own hunch is that public leaders who managed to build and reinforce a culture of integrity in their institutions may have had the strongest defence possible against crisis-profiteering, cronyism, and grand corruption over these last two years.

With these experiences in mind, it is instructive to look back at the advice that governments received about how to protect against corruption as the pandemic began.  In April 2020, for example, the World Bank published advice on Ensuring Integrity in Governments’ Response to COVID-19. The Bank made 21 suggestions: “six principles to help with the anticorruption effort during COVID-19” along with five specific pieces of advice on health services, eight on food and livelihoods, and two on emergency powers. Four of the 21 suggestions were about rules to make, and 14 were about processes to put in place.

Only two of the 21 suggestions were about structures, and only one was about institutional culture. On structures, the Bank recommended that each executive order and piece of emergency legislation on public health should specify an oversight institution; and it urged governments distributing food, cash, or other assistance to create program-specific ombudsmen or auditors for each. On institutional culture, it simply urged leaders to “praise exemplary action” and to “go high and inspire.”

This cursory attention to organisational culture in public institutions contrasts with the detailed attention it receives in the private sector. For example, Transparency International UK published advice to companies in the health sector at the end of 2020, focusing almost exclusively on organisational culture. The advice began with setting the right “tone at the top” including internal communications explaining anti-corruption as a company priority, and it went on to recommend reinforcing company values throughout the workforce, providing refresher training on ethics, and curtailing any lobbying that could reasonably be perceived as against the public interest.

One commitment reformers can make coming out of the pandemic is to focus as much attention on strengthening anti-corruption structures and institutional cultures of integrity as we do on rules and procedures. Perhaps then Babita Deokaran’s courageous efforts will be remembered, not as the acts of a lone whistleblower, but as a model for what it means to live an institutional culture of integrity across the public sector. The stakes could not be higher.

This is a reworking of a keynote presentation delivered to the UNDP Regional Community of Practice on Public Administration and Anti-corruption Reforms in Europe and Central Asia on 7 September 2021.