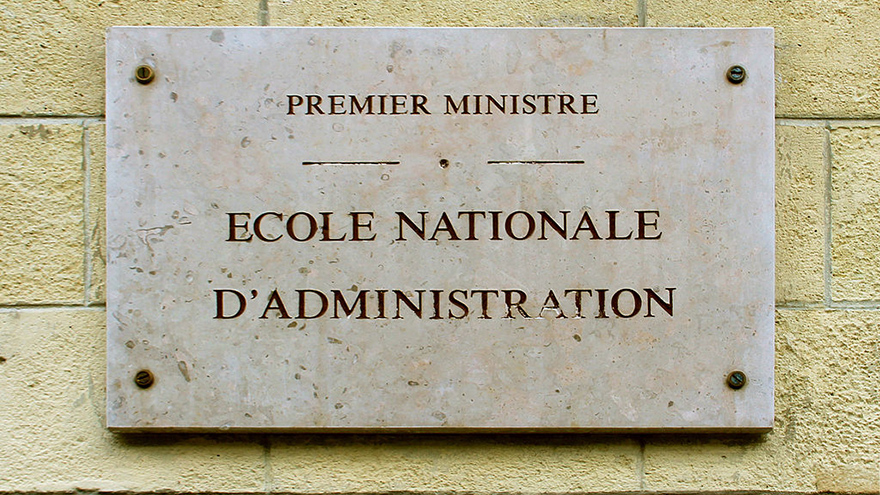 On April 8, French President Emmanuel Macron announced that he will close France’s elite postgraduate school for training public leaders, the École Nationale d’Administration (ENA). Macron, himself an énarque (as graduates are known), says he wants to encourage equal opportunity and national excellence, and respond better to the challenges of COVID-19. But eliminating ENA will likely represent only a negligible step toward this goal.

Ironically, ENA was established in 1945 by General Charles de Gaulle to break up the French elite and overturn a system of patronage and spoils that had produced a corrupt and inefficient public administration. Admission to the school was thus subject to competitive examination, with those winning places offered a salary for their studies.


Similarly, the United Kingdom’s Northcote-Trevelyan reforms a century earlier – which drew on Sir Charles Trevelyan’s experience rooting out corruption in Britain’s Indian civil service, as well as on the example of imperial China – sought to introduce recruitment by open, competitive examination, and make promotion merit-based. Subsequently, almost all countries – from the United States, Japan and China to Ghana and Nigeria – have sought to embed meritocracy in their public administration, many by using examinations.


The problem today is that the examination system no longer serves to identify talent and equalise opportunity, but instead has fuelled a growing market in expensive private preparatory education that benefits wealthier students. So, whereas 29% of ENA students in the 1950s came from working-class backgrounds, by 2003, it was only 9%.


Likewise, standardised US college-entry tests, originally intended to help top universities diversify their applicant pool beyond rich students from exclusive prep schools, are now seen as “a proxy for privilege.” This year, a revolution took place when COVID-19 disruptions meant that university admissions departments had to make test results optional. This led to a huge increase in applications to top schools and to more diverse freshman classes. The University of California, Los Angeles, for example, reported a 48% increase in African-American applicants, a 33% increase in Hispanic applicants, and a 16% increase in American Indian applicants.


In the UK, pupils from private fee-paying schools had until recently been seven times more likely to gain a place at Oxford or Cambridge than those from non-selective state schools. Oxford now uses contextual data that considers students’ individual backgrounds to understand their achievements, which is increasing undergraduate diversity.


Then there is the problem of elite universities themselves relying heavily on examinations to test, drill, and rank their students, as ENA famously does (Macron came fifth in his cohort). A more effective approach would focus on the interpersonal skills vital for good public service, such as learning to mobilise, support, and encourage others, and discerning people’s abilities. A diverse public service will be a stronger one only if those in charge know how to make diversity a strength.


ENA was a solution to two major challenges. In 1945, France needed to attract the best possible talent into its public administration to rebuild after World War II. Equally, the government needed to comprehend and represent a wide range of citizens, rich and poor, and prove that it could serve them better than communism could.


Today, many governments face a similar task. To build back rapidly from the pandemic (as China is already doing), they must step in after decades of standing back. And they must rebuild public trust in the face of a powerful populist backlash against “elitist” government.


Professional schools’ admissions should therefore reflect what the public sector needs rather than what is administratively convenient. This might mean relying less on test scores and more on alternative measures of ability, which take time, experienced judgment, and adequate resources to develop and implement. Educating public leaders will also require public-sector organisations to invest in supporting their employees’ studies, and extensive fundraising so that a diverse range of students can attend.


Keeping these leaders in public service is another challenge. When asked why énarques are increasingly choosing the private sector over public administration, one recent student said that French government ministries were employing big consultancy firms to make strategic decisions that graduates once made.


The French government has signed at least 575 contracts with private consultancies since October 2018, for services ranging from developing economic recovery plans to charting a zero-carbon transition to helping combat COVID-19: McKinsey & Company, not the Ministry of Health, seems to be leading the country’s vaccine rollout. Likewise, the UK’s COVID-19 test-and-trace system was set up almost entirely by consultants and outsourcing firms. The UK government has even turned to consultants to advise it on how to reduce its reliance on consultants.


If governments give the exciting policy work to outside firms, some of the best civil servants will leave. By contrast, smart public agencies, for example in Singapore, give strategically important assignments to their best employees to retain them and develop their skills.


Moreover, when politicians and their advisers denigrate “bureaucrats” or “the blob” (as a former UK government adviser described the British civil service), they may well be creating a self-fulfilling prophecy. If the narrative is that the public sector is useless, what hope is there that it will attract or keep outstanding people?


Britain’s successful COVID-19 vaccine rollout has highlighted the benefits of keeping government in the driver’s seat, bolstered by private-sector leaders willing to help pro bono. This arrangement combines the best of the public sector – people’s trust in institutions that are vaccinating people – with the advantages of a venture-capital approach to assessing risk and allocating resources.


Three weeks after Macron’s announcement, it is now clear that he is not abolishing ENA but rather reducing its annual intake (from 80 students to 40) and renaming it. But the challenge for France is to build a public administration ambitious enough to attract people of purpose and talent, but also open enough to recruit from a much wider cross-section of society. Tinkering with ENA will not achieve this.


This piece was originally published by Project Syndicate on 28 April 2021.