Behavioural science, public policy and the MPP: putting nudges to work during the Coronavirus 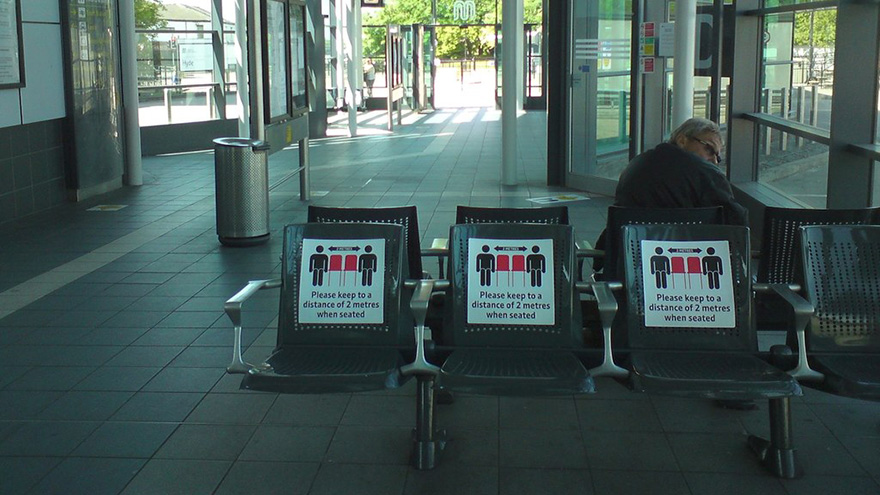 In the past term, through the magic of video conferencing, students in the MPP module of Applied Behavioural Public Policy have explored a variety of ways in which behavioural science has been used in public policy to influence people – from getting them to pay their taxes on time, to automatically enrolling people in pensions, to reducing bias in the hiring process – there are few areas where behavioural science has not been applied. Given its ubiquitous nature you’d be forgiven for thinking that behavioural public policy (and indeed public policy more broadly) is a panacea for societal issues. However, this isn’t always the case, sometimes interventions and ‘nudges’ don’t work in specific contexts and this is why we must always test, test, test. The aim of the Applied Behavioural Public Policy module is to explore when and why ‘nudges’ work, how they have been used to influence behaviour the world over, and why it is so important to test and evaluate them. Currently, there is one public policy issue which can’t be avoided – COVID-19.

As the seemingly alternate universe of lockdown that we’ve
been living in for the past three months starts to ease and we venture tentatively
out into the world once more, there is one measure that is set to define our
interactions for the long term: our ability to remain physically distant from
strangers, friends, and co-workers.

Physical distancing (often referred to as ‘social distancing’)
means avoiding crowded places and physical contact with others with the general
rule that we must all stay at least 2 metres apart from others when we’re
out-and-about. It will be a crucial measure in avoiding a second peak in the
virus, and to this end we set the MPP students a challenge: use the ‘nudges’
learnt about in class to create posters that increase the intention to comply
with social distancing rules. ‘Nudges’ refer to any aspect of the presentation
of a choice which changes individuals’ behaviour in a predictable way without
forbidding options or changing the economic incentive (Thaler & Sunstein,
2008). Armed with the knowledge of a variety of different nudges, the class
split into three groups to design their posters. The result: three colourful
and unique posters which used a combination of social norms, identifiable
victims, and reciprocity to emphasise the need to social distance. Visually,
one played on the “mind the gap” phrase commonly used on the London
Underground, another used an NHS-type logo with the letters physically
distanced, and the final provided more in-depth information on distancing with
pictures of people distanced by different objects (see Figure 1).

With the posters developed we recruited a sample of 400 users of Prolific Academic (an online platform in which people are paid to complete surveys) from England to view one of the three posters, while a control group were shown no poster at all. After they had seen one of the posters, we asked them some questions about their thoughts on social distancing, their intention to engage in it and their knowledge of the virus. So, who came out victorious?

It would be fair to say everyone’s a winner – but then again,
also that everyone’s a loser. There was almost nothing between the three groups
and the control condition in terms of respondents’ stated intention to maintain
social distance – or their knowledge the guidance, their belief about the risks
to themselves or others. In fact, across all the outcome measures we collected,
the only effect we saw at all was that Group 1’s poster made participants
slightly more likely to believe that other people were already in the habit of
social distancing.

The good news is that part of the obstacle to a successful intervention here was that people’s intention to comply was already high, with the average person scoring 4.4 out of 5 on their answers to questions about how much they intended to maintain social distance (Figure 2).

So, while our students will have to share the medal this time, it seems clear that the general public too deserve a medal. After 12 weeks in lockdown people remain committed to physically distancing to a high degree and in doing so commit to helping those more vulnerable than themselves, the NHS and key workers and their friends, family and selves from becoming sick.

Obviously, we need to be cautious about interpreting the
results of these studies too strongly. The samples are fairly small, even if
they meet the guidance for how many people should take part in them, and may
not be representative. There is some evidence that how much people say they
want to comply with Coronavirus restrictions predicts their actual behaviour
pretty well; but it’s still a lot to take on faith.

This high level of stated intention, and the fact that this
doesn’t seem to be diminishing over time, is still something to be reassured
by, but it does suggest that there are limited benefits to be extracted from
high-level nudges at this stage. A more promising approach might be to target
either the relatively modest number of people who aren’t following the rules,
or to focus on communicating more specific pieces of guidance.

Michael Sanders is an Associate Fellow at the Blavatnik School of Government at the University of Oxford, Chief Executive of What Works for Children’s Social Care and Reader in Public Policy at King’s College London.

Emma Stockdale is a Doctoral
Student in the Department of Political Economy at King’s College London.