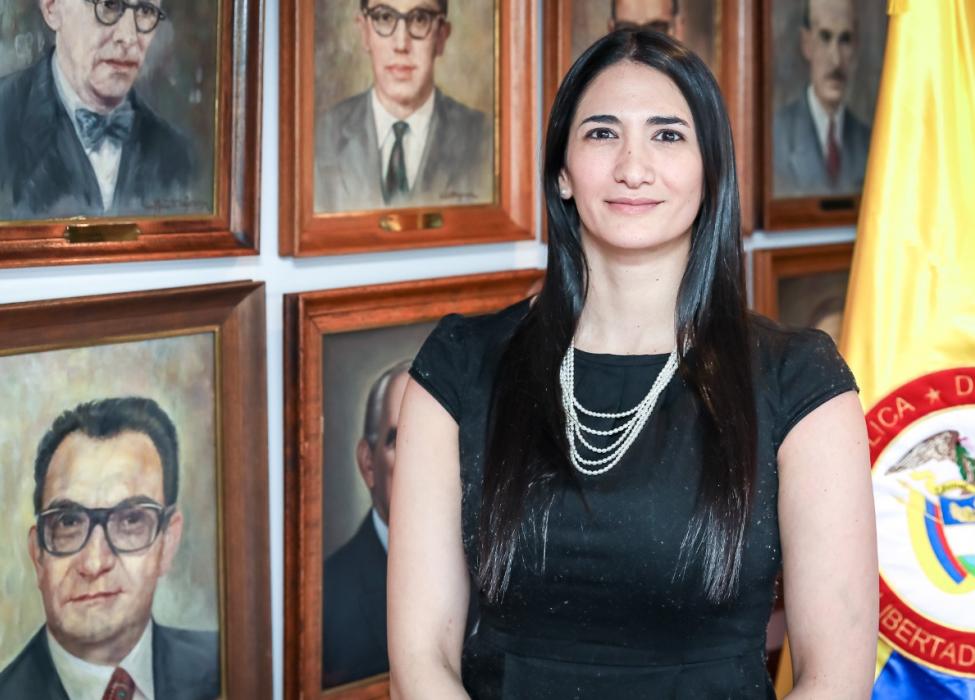 Diana Dajer (MPP 2014) is passionate about strengthening democracy through citizen participation and innovation in government. Prior to joining the Master of Public Policy, she worked as a research assistant in processes against former paramilitary combatants in Colombia’s armed conflict, as a ministerial advisor focusing on peace-related policies in Colombia’s Ministry of Interior, and as a project manager at Konrad-Adenauer Stiftung working on development projects to enhance the application of democratic principles and guarantee human rights in Latin America.

Diana applied to the MPP with the aim of getting to grips with the policymaking process and gaining skills to become an effective public servant in Colombia. With a postgraduate diploma in administrative law and several years of work experience already under her belt, the professional nature of the MPP appealed to Diana: “The applied focus of the course and the in-depth experiences of my classmates in their various fields gave me a deeper understanding of the public policy issues that we covered.” Diana was also keen to make the most of the learning opportunities outside the classroom, such as the extensive list of invited speakers who come to the School to share their experiences from the world of public policy.

“Hearing insights from so many incredible experts in their field was a valuable element of my time at the Blavatnik School.”

In a world where policy areas are increasingly interlinked, Diana found the breadth of the MPP to be one of its greatest advantages.

“I developed enough expertise in a range of policy areas to know how to ask the right questions of specialists, which is a vital skill when working as a public servant.”

An ability to work across disciplines is a key element of Diana’s current role as Director of Colombia’s Instituto de Estudios del Ministerio Público (IEMP). The institute carries out research on how public servants can work most effectively and provides training in various aspects of public policy, from human rights to how to make the most of Artificial Intelligence in government. “My main aim as director is to shift the institute’s focus to innovation and transformation in public service,” Diana says. This work has led her to cross paths with former classmate Margarita Gómez (MPP 2014), now Executive Director of the Blavatnik School’s People in Government Lab. “So much new knowledge is being generated on innovation in government, particularly in the areas of people and performance management. The People in Government Lab is an example of this, so I’m working with Margarita to find ways in which we can collaborate.”

The IEMP is part of a larger institution, the Procuraduría General de la Nación (Colombia’s equivalent to the Office of the Inspector General), which has two overarching functions: overseeing the conduct of public servants and guaranteeing the human rights of Colombian citizens. For this reason, a large part of Diana’s work lies in the areas of human rights, tackling corruption and increasing transparency. This builds on her previous work on strengthening democracy through citizen engagement. Diana undertook her summer project at Purpose, working to create an organisation that enhanced citizen participation in Colombia.

“During my summer project, I was immediately able to apply the lessons I had learnt from the MPP.”

She continued in this role for a year after her summer project finished, having come across a fellowship opportunity at Build Up, researching technological tools to foster citizen participation in democratic processes and evaluating their influence on political inclusion of marginalised citizens in Colombia. Her fellowship project formed part of the research for her DPhil at the University of Oxford’s Centre for Socio-Legal Studies, which she began after graduating from the MPP.

“The MPP led to a string of excellent professional opportunities that have brought me to where I am today.”

After finishing her fellowship, Diana founded and directed a start-up, Policéntrico, to support public and social innovation in Colombia. Building upon her professional experiences between the MPP and now, Diana is enthusiastic about the opportunities offered by participatory democracy. “In recent years, representative democracy has fallen short of many people’s expectations. Participatory democracy comes with its own challenges and you have to work hard to create consensus, but it has the potential to be a vital tool in getting people engaged across the spectrum of society.”

For Diana, one of the most fascinating elements of her role is the opportunity to gain an ‘inside view’ on innovation in government. “There are many civil societies, NGOs and international organisations trying to push the government to innovate and be more open, but the state is often slow to respond, with bureaucracy being one of the major hurdles. Now I have this opportunity to work from the inside and see how we can better react to all of these calls to create a more inclusive, transparent form of government in Colombia.”