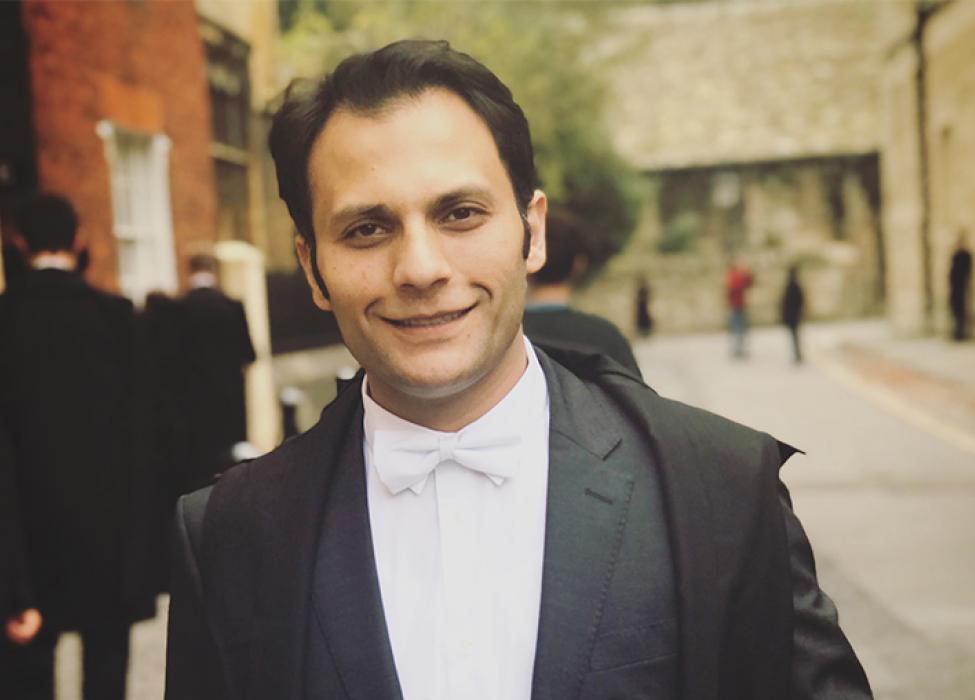 An outstanding commitment to public service to bring real change

Blavatnik School of Government Public Service Scholar Wasif Rehman (MPP 2017) has around five years’ experience as a civil servant in Pakistan. After the MPP, he intends to return to Pakistan equipped with new skills and knowledge to serve his country with a stronger zeal and commitment.

The rural area of Malakand District where he was born offered few schooling opportunities, but thanks to his mother’s penchant for education, he went away to boarding school. “Being an accomplished educationist herself, she strongly believes in the power of education. Had it not been for her, I wouldn’t have received this prestigious scholarship.” Wasif was also inspired by his mentor, Mr. Abdul Ali Khan, the principal of the school he attended. “He’d studied at Oxford and was one of the most inspiring men I have come across. I always looked up to him and aspired to be like him.”

Wasif saw a career in public service as the best way to tackle many of the challenges facing his country. “If you’re an educated person with a strong desire to bring meaningful change, civil service is the best platform. Pakistan is a developing country marred by complex issues. Instead of being apathetic and fretful, I decided to become part of the government machinery and contribute towards the development of my country.”

For Wasif, the MPP is a chance for professional and personal development. As a result of his outstanding commitment to public service and his academic excellence, he was chosen for one of the two prestigious Blavatnik School of Government Public Service Scholarships, an honour which left Wasif exhilarated and immensely grateful.

"The feeling is ineffable – being accepted at the University of Oxford is in itself a big achievement. But then you’re concerned about how you will fund your education, as I could not afford to study here had it not been for the scholarship. It’s a privilege nobody can take for granted. Whatever I take away from this course, I’ll owe it to the Blavatnik School of Government and the people who made it possible for me."

Wasif is certain that he will return to Pakistan better qualified, with more to offer the people he serves. He sees the MPP as the perfect preparation for the next stage of his career, but knows that the work isn’t over at Graduation.

"The journey doesn’t end here. The journey actually begins once you step out of the School and into the real world, when you can put into practice the things you’ve learned and strive to create a world better led, better served and better governed."