Isaac Agyiri Danso, overcoming the odds in Ghana to make it to Oxford 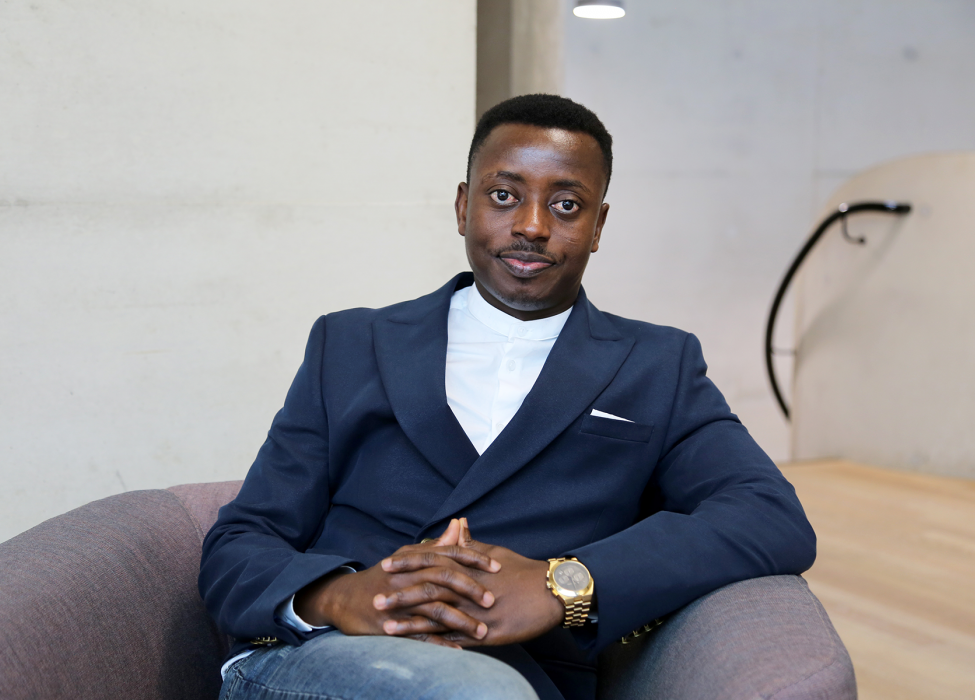 When Isaac Agyiri Danso (MPP 2019) became Ghana’s youngest qualified chartered accountant, he was spending his nights sleeping on a church floor. This was yet another against-the-odds achievement for Isaac, fuelled by the same drive and vision that brought him to successfully apply for a place on the Master of Public Policy at the Blavatnik School.

Isaac was born and grew up in a semirural area of eastern Ghana. “My dad was a teacher and, in Ghana, that means being highly underpaid. He was often on transfer to other areas, so my three siblings and I grew up with my mum so that we could get a stable education.”

After performing well in his secondary school exams, Isaac was accepted for a university course – but with no money to pay for tuition, and no awareness of any scholarship opportunities, he was forced to decline the offer. After meeting an accountant who recommended he take a professional course instead, Isaac explored the option of gaining chartered accountant status from Ghana’s Institute of Chartered Accountants.

“The programme was notoriously difficult, particularly for someone like me who was straight out of high school and had no background in accounting. After initial hesitation, I decided I didn’t really have an option – staying at home would have meant going into masonry work or farming, which I didn’t want to do – so I decided to take it up.”

Despite having grown up only 45 minutes away from Accra, Isaac found himself visiting the capital for the first time at age 18. He was accepted to the Institute of Professional Studies (now the University of Professional Studies, Accra) and began his studies with financial support from the accountant who had initially recommended he take this route. However, this financial assistance covered tuition fees and exam registration, and with no known relatives in Accra, Isaac had nowhere to live.

“There is a system of communal living in Accra, so I met someone who opened up his church for me to sleep in. It was essentially no more than a shed, and it was opposite a huge public dump site. I slept on the church floor and cleaned up every morning in exchange for my accommodation.”

Despite the difficulty of his living situation, Isaac’s persistence paid off: he qualified as a chartered accountant within two years – the shortest time that anyone had completed the programme. He picked up several subject awards along the way and qualified national best in his final exams, also becoming Ghana’s youngest ever qualified chartered accountant at the time.

“Back then, I didn’t even think of my situation as a difficult one. I told myself that this was what I had to do to make a living in Ghana. But now I can see that my living conditions were really inhumane.”

Isaac’s success during his studies drew attention from national media outlets, allowing him to share his story, which in turn led to his first job offer. Since then, he’s been working in accounting and law in the public sector.

“In my job, I increasingly find myself involved in negotiations and matters of a policy nature; for example, on development policy and energy sector reform. Receiving formal training in public policy through the MPP will help me work more effectively and enable me to further develop my career.”

Isaac is the School’s first Standard Bank Africa, Chairman’s Scholar. The scholarship aims to empower the best and brightest African students to become leaders who will help build Africa’s future. Eligible applicants are automatically considered for this scholarship when applying. “I had no funding, but I decided to apply for the MPP anyway. I put in the best application that I could and, after being accepted, I received an email one day saying I had been selected for the scholarship,” Isaac says. “I wouldn’t have been able to take my place on the course without it.”

“I was drawn to study the MPP at Oxford in particular because of the teaching methodology. The use of case studies means you’re regularly presented with everyday policy issues and get the chance to discuss them.”

As one of 124 students representing 50 different countries and territories, Isaac describes his class as “the height of diversity”. From adapting to the UK’s unpredictable weather, to embracing Oxford’s cycling culture and riding a bike for the first time in 15 years, having a readymade community at the Blavatnik School has eased the transition into life in a new country.

True to the purpose of his scholarship, Isaac hopes to use his time on the MPP to understand how he can contribute to better resource governance in Africa: “Fiscal policy, taxation and natural resource governance are important issues for African countries. A lot of them have enormous wealth in resources and resource endowments, yet they are still poor. I want to contribute to creating better policy for more efficient use of these resources.”