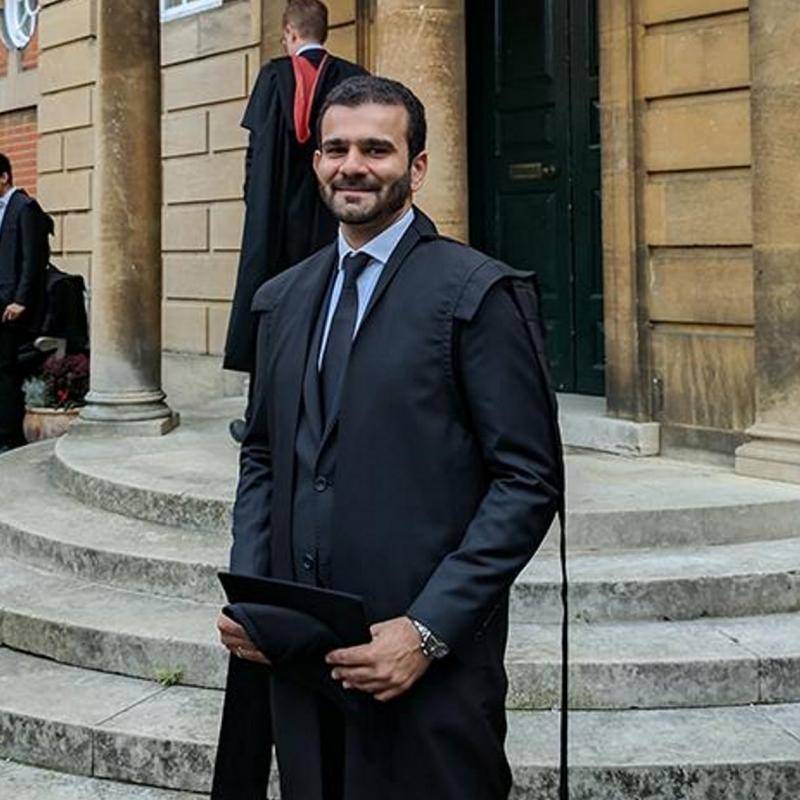 At the start of his career, Umar Nadeem (MPP 2017) wouldn’t have imagined that he’d one day be studying for a Master of Public Policy. After his undergraduate degree in Finance, he worked in corporate and investment banking, and later became an analyst in Pakistan’s telecommunications industry. This was where he started thinking about how policy could affect people’s everyday lives. “I realised that, what is simple connectivity for us – better phones and plans – has the potential to have a much bigger impact on people who are unconnected”.

This revelation inspired Umar to move into the development sector.

"I wanted to see how I could use my knowledge of technology and the experience I had gained in the corporate sector for social development. I found there was a huge gap in the opportunities that were being explored, and that more modern practices needed to be applied."

A chance encounter led to a six-year career as a consultant for The World Bank, working on a range of projects in public sector development. However, this didn’t provide many direct opportunities for policy-making. “The projects mainly focused on strategy and administration. It was more about implementing policy that was already there, improving government operations.”

Umar has come to the School to help him further his career, with the aim of working with government after the course. “I felt that I was missing an academic grounding in how policy is made, what the best practices are, and learning from international examples. This year, I want to get the broadest possible overview.” The MPP has not disappointed; Umar is enjoying the range of modules on offer, and the chance to gain a fresh perspective. “There are a lot of things you never think about when you’re deep down in the trenches of government work.”

Receiving the Commonwealth Shared Scholarship meant that Umar could attend the course free from financial worries. “It was very fortunate, because if I had to pay myself, I would have had to defer and save up, or look for other options.” The scholarship is available through the University of Oxford and the Commonwealth Scholarship Commission, and Umar found the application process straightforward. “It’s the best thing ever ­­– it’s simple, it’s easy.”

Going back to University after eleven years has been challenging, but Umar has quickly adjusted to the demands of studying and has thrown himself into the University’s cultural programme. “One week, I signed up for something in every free slot in my calendar.” With his position on the Student Government alongside his studies, as well as his determination to make the most of his time in the “beautiful and culturally rich” city of Oxford, it looks to be a busy and interesting year for Umar.