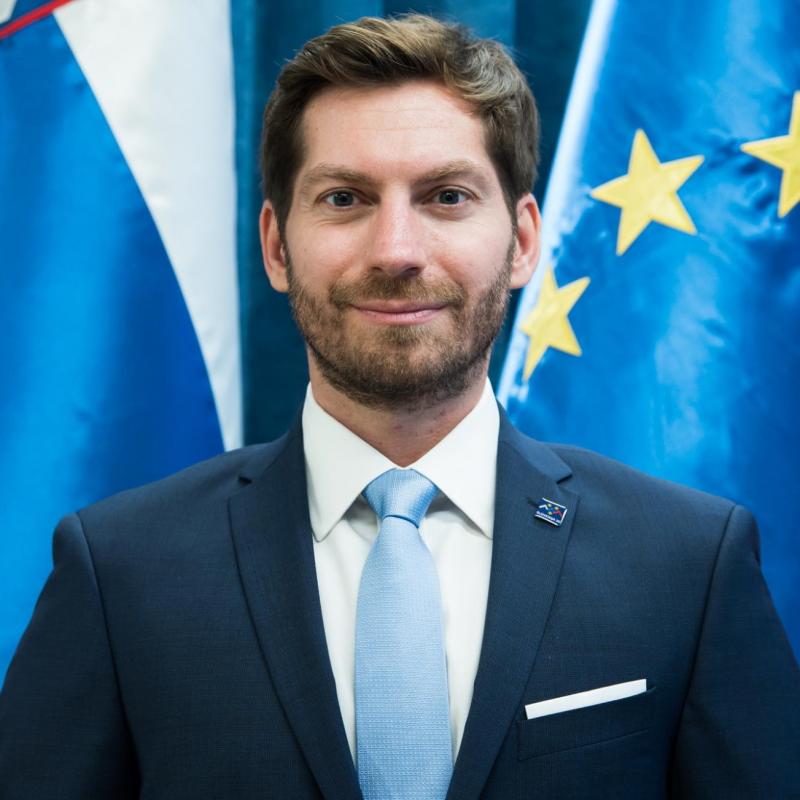 A common theme Mark Boris Andrijanič has identified in his career is his tendency to join organisations or projects in their early stages, and so play a fundamental role in building them from the ground up.

As an alumnus of the second ever MPP class, Mark sees his time at the Blavatnik School of Government as one of these moments:

“At the time the Blavatnik School was a brand new school and it was very exciting to join the MPP at that point. I thought it would give me an opportunity to help build the School, which turned out to be true.”

After graduating from the MPP, he spent a brief stint as a visiting fellow at a think tank in Brussels but he has always been drawn to the world of tech, having spent his early career at Slovenia’s largest tech company. When the opportunity to join Uber as their Head of Public Policy for Central and Eastern Europe arose, Mark knew this would be a great role for him. At the time, Uber was new to the region and therefore Mark’s work was essential in building a forward-thinking regulatory framework at the intersection of tech and transportation policy.

Mark’s work at Uber caught the attention of the Prime Minister of Slovenia, who approached him with a request for him to lead Slovenia’s newly formed National Digitalisation Council, which serves as an advisory body to the government.

Mark therefore took a sabbatical from Uber and began to put together a forty-point plan for how to digitally transform the country’s government, healthcare, education, economy, and society as a whole. Yet, when the time came to start implementing the plan, Mark found himself in frustrating talks with various ministries that were ultimately fruitless. That’s when the Prime Minister offered him the post of Slovenia’s first ever Minister for Digital Transformation, with the opportunity to build the ministerial department from scratch.

Though Mark had plans to settle down back in Oxford with his wife, the opportunity to shape his country’s policy in an area he was passionate about was too good to refuse.

“Even though I had different plans, I accepted the job in government – it’s rather indecent to spend years criticising the government and proposing what should be done to then say no when you actually have the chance to do something.”

One week later, he was confirmed by the parliament and started building his team.

“My first boss at Uber, who now runs Communications at Netfix, once told me ‘Whenever you get an offer that looks crazy, you should grab it without asking too many questions."

The ministry has since successfully implemented 21 of the original 40 transformation measures. Though his post was only guaranteed from outset for one year, with Slovenian general elections taking place in 2022, Mark has strong ambitions for how to create long-term digital transformation in the country with digital inclusion being his key priority. Mark’s plan includes educating sections of the population whose digital skills are less advanced than younger generations, and subsidising training programmes for the youth in robotics, AI and programming.

In his role as Minister, Mark was also heavily involved in Slovenia’s Presidency of the Council of the European Union for 2021, reaching consensus on Digital Services Act and a number of other key legislative acts that will accelerate the EU’s digital transformation.

“During this time, we led on European digital policy and regulation which is the most advanced in the world.. Just as was the case with GDPR, most of the world is now copying Europe’s regulation of digital services and markets. Aligning all 27 Member States on such important issues was never going to be easy, but we did it.  This is without a doubt my proudest achievement so far.”

So how have the lessons from the MPP helped him in this work? For Mark, the classes on negotiations and economics were fundamental to his success in his subsequent roles. For any political decision where emotions may run high, having a solid economic understanding of the problem is critical. The ability to prioritise ruthlessly and simplify any problem into its essential parts in order to make a decision are two other skills he honed during the MPP.

“At the School we were so overwhelmed with everything that you had to learn to prioritise and simplify in order to manage the workload and still have some fun in Oxford. For me it was important to grow that muscle because the higher you climb the more complex problems you face.”

Seeing first-hand the ways in which technology can rapidly improve lives remains a motivator for Mark in his work, which he traces back to the MPP summer project he carried out in Sierra Leone during the Ebola crisis. So, when the Russian invasion of Ukraine began in February 2022 and Slovenia’s government started to mobilise support, he knew how he could contribute.

“Together with my ministerial colleagues from France and Poland, I am coordinating all of European tech support for Ukraine, ranging from Starlink satellite internet kits to servers and electric generators for Ukrainian hospitals, schools, and government institutions.”

Since the publication of this profile, Mark has finished his term as Minister for Digital Transformation in the Government of Slovenia. He has since joined the board of the the European Institute for Technology and Innovation, and was named a World Economic Forum Young Global Leader.