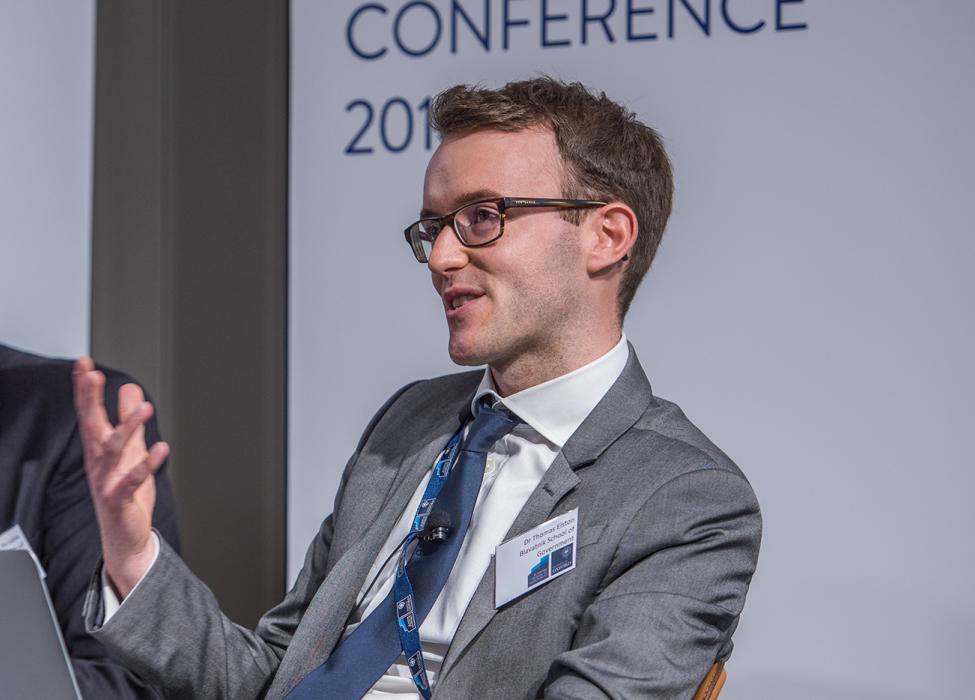 Dr Thomas Elston is Associate Professor of Public Administration at the Blavatnik School of Government. His research focuses on improving the performance of public organisations by drawing insights from organisation sociology and management science.

“Only a tiny fraction of government decisions about the management of public services are made on the basis of evidence about how and why organisations behave as they do. The pressures to act decisively, without nuance, and according to the most fashionable management ideas of the day are considerable; and, unsurprisingly, the results are often disappointing. My work uses theory and empirical research to generate insights about the challenges of contemporary public service management, and practical ideas for reform.”

Organisational fragmentation is a key topic that Thomas is researching. Decentralisation of public services – for instance, to local governments and autonomous agencies – brings many advantages in terms of responsiveness and accountability.  But small, fragmented organisations often suffer from capacity issues and inefficiencies.

“The traditional solution has been to merge organisations to create larger public service providers. Many reforms to local government in the UK and Europe, for example, have followed this path. Yet it is hard to find evidence that mergers really work, and there are a number of negative side-effects. Citizens feel more distant from decision-makers, the practical upheaval of combining distinct operations can be enormous, and large organisations can be difficult to manage.”

Recently, enthusiasm has grown for an alternative approach: joint provision of select public services by multiple local authorities working collaboratively. Many governments have invested heavily in this type of reform. Together with Ruth Dixon, Research Fellow at the Blavatnik School, Thomas has produced the first longitudinal analysis of one of the most popular types of “shared service”– back-office administration.

“Our advice is to be very cautious with this particular type of collaboration. In England, we haven’t seen any systematic benefit from sharing administrative work across local authority areas, despite its wide-spread adoption. English councils are already very large by international standards, and may have exhausted the advantages of size. Additionally, labour-intensive administrative work, which is deeply interconnected with all other areas of local authority activity, may not be well suited to sharing; other more capital-intensive and “detachable” services are much more promising.”

Another aspect of his work looks at factors that encourage different organisations to collaborate. “Public agencies are specialised by policy issue, clientele or region, but many policy problems are cross-cutting and can only be solved through collaboration.” One current project analyses whether traditional, hierarchical accountability structures inhibit collaboration by making public servants more risk-adverse.

“Chains of accountability in the public sector are strictly vertical, from agency, to department, to minister, to legislature. This can encourage a siloed mentality, where the prospect of being called to account makes officials reluctant to work on projects outside of their direct responsibility. So, if we want to encourage collaboration between public agencies, which is widely regarded as a good thing, we need to take a fresh look at traditional accountability practices.”

Bureaucratic independence from elected politicians is a further field of interest. Building on work completed during his doctorate, Thomas is currently designing a project with colleagues in Oxford and Sheffield aimed at understanding the conditions in which political incentives to delegate can be aligned with the public interest.

“Central banking is a classic example. There’s a consensus that monetary policy should be made on the basis of expertise, not the political cycle. Having a strictly independent national bank is thus seen as being in the public interest, but it also allows politicians to make credible policy commitments about the management of the economy. We’re exploring which other areas of public policy this logic can be legitimately and practically applied to.”