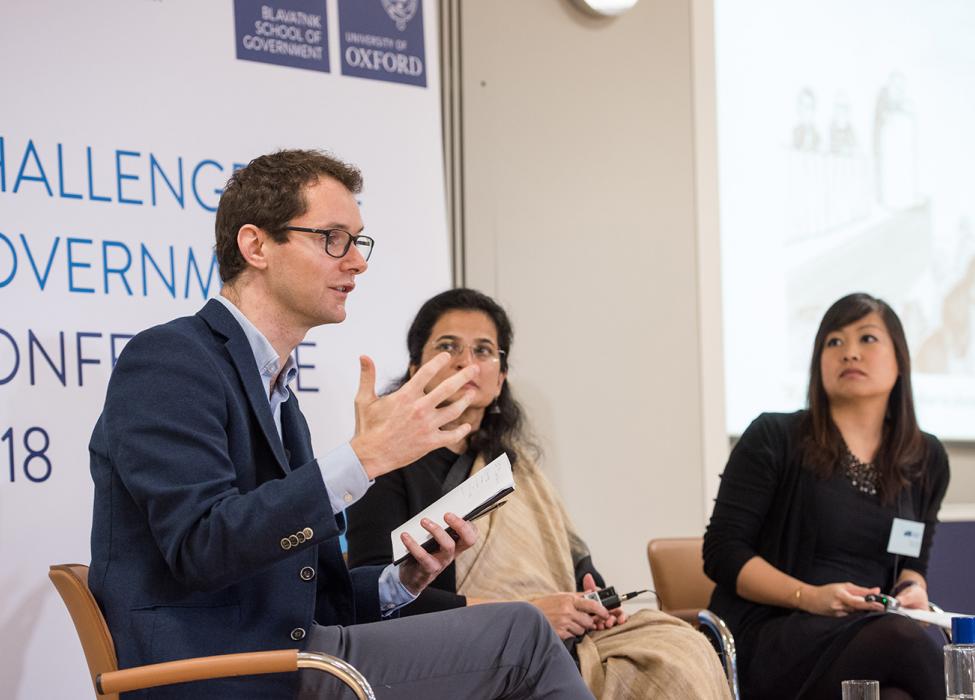 Dr Julien Labonne, Associate Professor in Economics and Public Policy, carries out research to understand the relationship between voters and politicians in developing countries, with a focus on the Philippines. His main project is on clientelism: the exchange of voter support for social benefits. In these situations, voters prefer a politician of whom they can ask favours, so they tend to vote for someone who is close to them. Julien is exploring what causes this voter behaviour, and what NGOs and governments can do to break the cycle.

In a clientelistic system, information about a party’s platform is often limited or non-existent, so voters don’t know what policies a candidate will implement if elected. However, when candidates and voters are socially connected, voters know that they will be able to ask favours of their candidate if they are elected.

“One option is to provide voters with additional information to make them change the way they vote in elections. We want the electorate to choose candidates who will actually be good at governing, rather than opting for politicians they know.”

Julien works with an international research team made up of academics from the University of British Colombia and the Inter-American Development Bank. They are carrying out experiments surrounding local elections in the Philippines, in which they encourage politicians to make electoral promises and follow them through. Since 2013, they’ve been collaborating with a local NGO which aims to improve the way elections are run, working with candidates to hypothetically allocate budget resources to different sectors, e.g. health, community facilities, water and sanitation. This information is presented to the public in an accessible manner on flyers that are delivered door-to-door a few days before the elections.

“We are trying to see if giving this information to voters affects the way they vote. Over two electoral cycles, in 2013 and 2016, we’ve observed that voters are starting to make use of this information to choose candidates based on which sectors they prioritise. They vote for the policies they like and for incumbents who delivered on their promises.”

There are various projects aiming to inform voters in different countries around the world, but Julien’s team is the only one currently working to extract electoral promises from candidates.

“It’s actually a very simple thing to do – all it takes is a few hours talking to candidates. We’re confident that this works. It might lead to changes in the way local elections are run if this information starts being required from candidates when they register for election.”

With another election due in the Philippines in 2019, Julien hopes to develop the project even further.

“Right now, we have a set of people who run for election, and we extract the policy information from them. We’d like to see if we could go a step further and encourage other people to run. In a clientelistic system, candidates are all people who are very well-known in their community. If people start to realise that the election is more about policies, and delivering on those, rather than the importance of a name, you might see a more representative group running.”