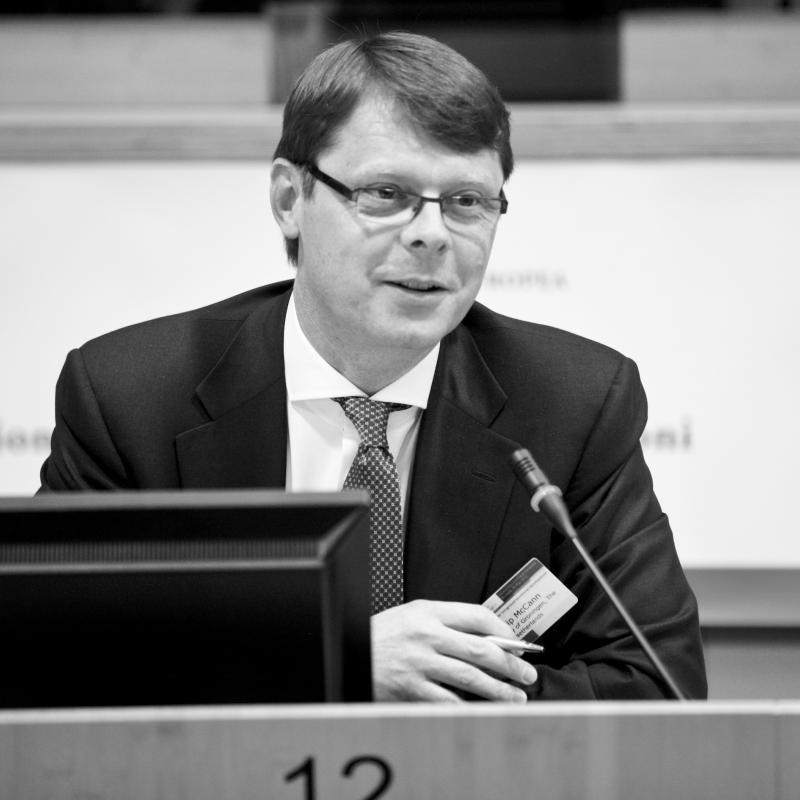 Professor Philip McCann is Professor of Urban and Regional Economics in the University of Sheffield Management School. He is one of the world’s most highly cited spatial economists and economic geographers and has won seven academic awards for his research in different parts of the world.

Internationally, Philip was previously Special Adviser to two EU Commissioners for Regional Policy, Johannes Hahn (2010-2013) and Corina Creţu (2015-2016) and regularly works with international organisations such as the OECD, United Cities and Local Government, the European Investment Bank, the European Commission and government bodies in various countries.

In the UK Philip is a member of: the UK Government’s R&D Place Advisory Group; the National Infrastructure Commission’s Expert Advisory Panel on Levelling Up 2021-2023; the Assessment Panel of the UKRI SIPF Strength in Places Fund; Chair of the newly formed SIPF External Evaluation Advisory Group (SEEAG); the Liverpool City-Region Investment Advisory Panel; a Commissioner on the UK2070 Commission 2018-2020; a member of the Expert Advisory Panel on Technical Assurance, Modelling and Economics for Transport for the North 2020-2021; a member of the Independent Advisory Panel for the Sheffield City-Region Renewal Action Plan; a Member of the Programme Delivery Board for ADR Administrative Data Research UK; a Member of the Academic Journal Guide Scientific Committee of the Chartered Association of Business Schools (CABS); a Commissioner on the All-Party Parliamentary Manufacturing Group Local Industrial Strategy Inquiry; and a Member of the Commission on the United Kingdom's Future: Consultation on Economic Devolution chaired by the Rt Hon Gordon Brown, UK Prime Minister 2007-2010. Previously Philip has been a Commissioner on the Northern Economic Futures Commission 2011-2012, and an Economic Advisor on the Independent Economic Review of the North East of England 2012-2013, and the Northern Powerhouse Independent Economic Review 2015-2016.

Philip is the author of the 570-page book The UK Regional-National Economic Problem: Geography, Globalisation and Governance (2016 Routledge), the most detailed and comprehensive analysis of the UK regional problems ever undertaken in a single volume.