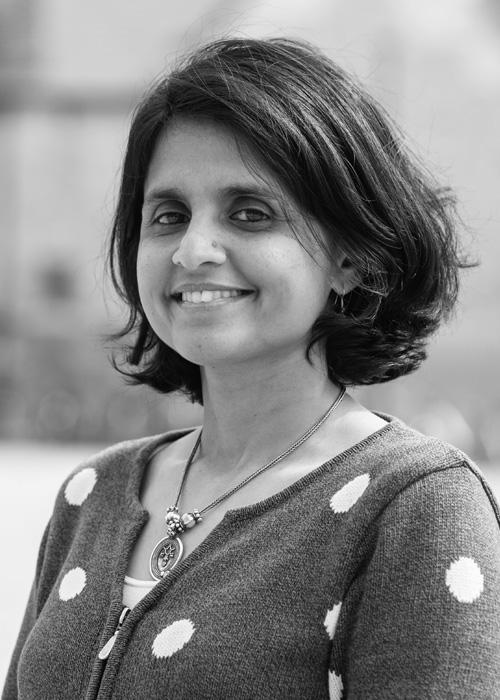 Anandi Mani is Professor of Behavioural Economics and Public Policy at the Blavatnik School of Government. Her research interests are in the area of Development Economics, with a specific focus on issues related to the behavioural economics of poverty and social exclusion, gender issues and public good provision. She is a Research Affiliate at Ideas42, a think tank for behavioural economics at Harvard University, and a Fellow at the centre for Comparative Advantage in the Global Economy (CAGE) at the University of Warwick.

Her recent work has been published in prominent economics journals and has also featured in leading newspapers including The New York Times and The Guardian, as well as the BBC. Professor Mani was a programme participant at the World Economic Forum 2017 in Davos and is a member of the Forum's Global Council on the Future of Behavioral Sciences.

Interview with the New York Times

Just Deserts? An Experimental Approach to Understanding Attitudes to Redistribution (with Sharun Mukand and Daniel Sgroi)

The Road not Taken: Gender gaps along Paths to Political Power (with Lakshmi Iyer)

Scarcity and cognitive function around payday: a conceptual and empirical analysis

Why having too much on your plate means nothing gets done

Anandi Mani, Professor of Behavioural Economics and Public Policy at the Blavatnik School, co-authored a study about gender gaps in political engagement.

Money on your mind: addressing decision-making challenges of poverty

Think Positive, Climb Out of Poverty? It Just Might Work