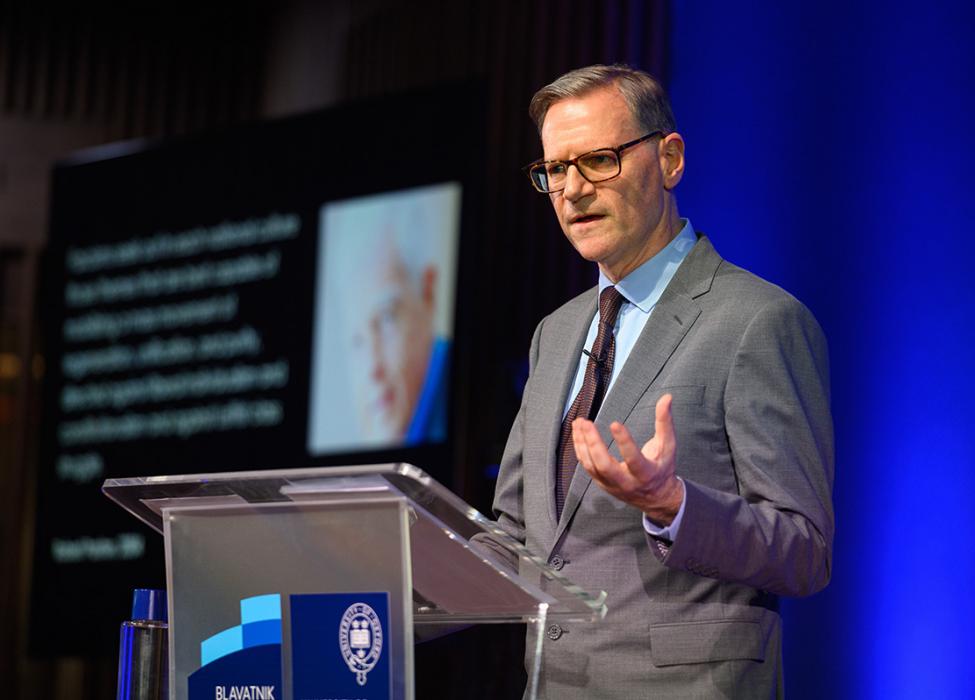 Today, on United Nations Holocaust Remembrance Day, we announce a new academic programme that will investigate the persecution and protection of minorities in the UK and Europe, exploring in particular the values and institutions that underpin democratic society.

The Alfred Landecker Programme at the Blavatnik School of Government will focus on researching the values of individual and communal dignity, liberty and belonging, rights and duties, and the role of public policy and government in protecting and strengthening such values.

The first holder of the Chair is Professor Jonathan Wolff, the Alfred Landecker Professor of Values and Public Policy. A leading political philosopher, Professor Wolff is a core member of faculty here at the Blavatnik School of Government, where he focuses on integrity and values in public leadership, teaching students to critically evaluate values and the moral commitments that should inform public policy.

During the lecture entitled ‘Political ideology in the 1930s: lessons for the 2020s’ (recording available at the link), Professor Wolff considers the significance of the parallels between the 1930s and the 2020s, the values and ideologies that underlie these trends, and how they can be countered in tolerant democratic societies.

Professor Jonathan Wolff said: “I am honoured to be the inaugural Alfred Landecker Professor. All the research we undertake at the Blavatnik School is multi-disciplinary, and the approach for this programme will draw on philosophy, history, politics, sociology, cultural studies, legal theory, and human rights theory. There never has been a more urgent time to understand the persecution of minorities and articulate and reaffirm the values underlying open, liberal, democracy.”

Professor Ngaire Woods, Dean of the Blavatnik School of Government, said: “The collapse of egalitarian values, the persecution of minorities and the dismantling of democratic processes which spread throughout Europe during the 1930s are not too dissimilar to some of the threats we see in the world today. Understanding the parallels with the present situation and considering the values and institutions that need to be built and strengthened is of utmost importance, and I am grateful to the Alfred Landecker Foundation for supporting research and teaching on these issues.”

The Alfred Landecker Foundation is dedicated to educating current and future generations about the Holocaust and the terrible price paid when intolerance and bigotry reign. The Reimann family established the Foundation in honour of Alfred Landecker, who died at the hands of Germans when he was deported in 1942. Alfred Landecker’s fate is inextricably linked to the Reimann family; he was the father of Emilie Landecker, who had three children by Albert Reimann Jr. By taking his name, the Foundation aims to not only preserve his memory, but also memorialize the murder of millions of Jews and other victims of National Socialism.

David Kamenetzky, Chair of the Alfred Landecker Foundation, said: “The Foundation is pleased to develop new academic programmes with respected institutions such as the Blavatnik School of Government at Oxford University. One of the three priority areas for the Foundation is to better understand the need for the collective protection of minorities - not only as one of the lessons learned from the collapse of European civilisation in the 1930s and the Holocaust, but also as a need that arises from the spread of Antisemitism, populist ethno-nationalism and majoritarianism in our societies today.”