Fighting an urgent crisis in slow systems of government 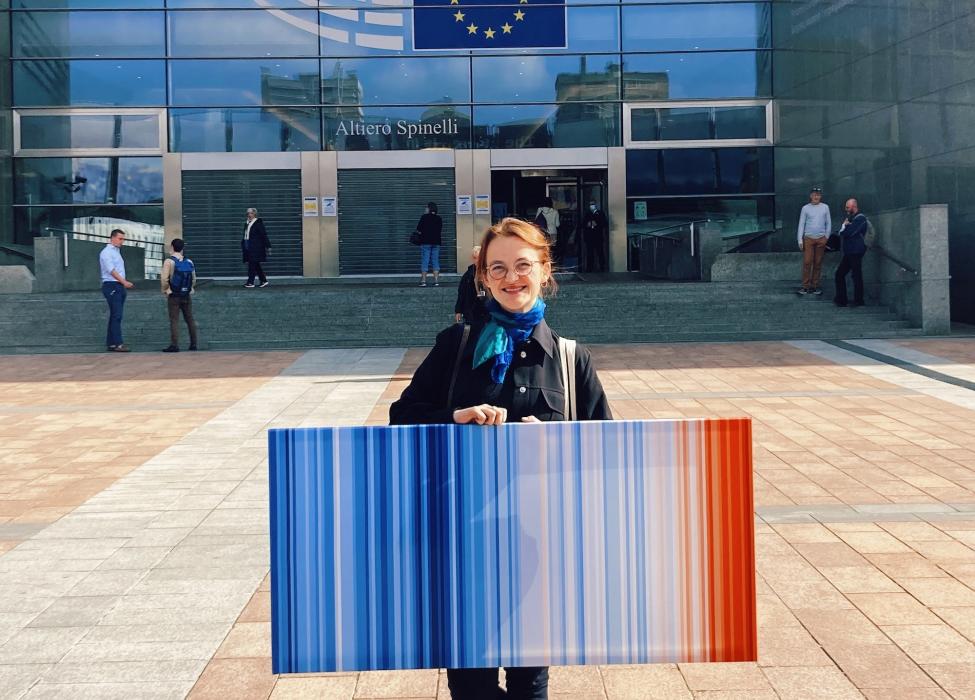 In such politically polarised times, bringing together people with different backgrounds, views and values is imperative. For Nina Möger Bengtsson, this aspect of the Master of Public Policy and the Blavatnik School of Government’s wider ethos has been particularly impressive.

“It’s exceeded every one of my wildest expectations to meet the MPP class – I have not encountered any other programme that draws such a diverse crowd of accomplished people.”

Getting to know her classmates and building lifelong connections is a priority for Nina during her year at Oxford. In addition, she is committed to learning the tools and skills she will need for a career fighting energy poverty and striving for the transition to clean energy.

A Public Service Scholar, Nina was awarded funding in recognition of her unwavering dedication to climate activism since the age of 14. Prior to joining the MPP she’d gained experience in the NGO world in her home country of Denmark, at a social start-up working on education, in political campaigning and finally as a political advisor to a Member of the European Parliament on climate change, transportation and workers rights.

“I felt very privileged to be working on concrete policy from such a young age. But I was also the tiniest cog in the biggest bureaucracy in the world.”

Navigating this immense bureaucracy made Nina start to question where she should dedicate her efforts in the future in order to have the biggest possible impact on the climate. Would this be in national politics, in activism, within the EU or back in the start-up world?

Further study had always been part of her future plan, but what and where to study were key questions. Nina was torn between pursuing a more specialised energy-focused programme and studying something more general and open. She was also undecided about staying in the Danish university system that she was familiar with, or going further afield.

Nina applied to a range of programmes across Europe, and decided to judge how she felt about each course based upon her experience of reflecting upon and writing up each application. For her, applying to the Master of Public Policy made her realise how invested she was in this route of study, and how much she stood to gain from this course. When she spoke with former students of the MPP about their experiences, this confirmed in her mind that this was the course for her.

“The course takes theories from law, politics, philosophy, economics and even finance and encourages you to think these through and apply them to the issues you care about.”

Funding her studies was the next big challenge when she received her offer from the School. Nina applied for every scholarship she could find that she was eligible for. Despite her excellent track record in leadership on projects in NGOs, her career in political organising and her dedication to climate change causes, she lacked confidence in herself. When she was offered the Public Service Scholarship, a huge weight was lifted:

“I applied to as many [scholarships] as I could but was not convinced that I would get any of them. I since realised, that The Public Service Scholarship actually fits me very well in the sense that I’ve always been involved with volunteer activity outside of education and work, and public sevice is the main driver of what I want to do with my life.”

Since coming to the School, Nina has been throwing herself into making lasting bonds with her classmates, and has been “blown away” by the Dean’s Forum events. Her class has had the chance to interact with a range of very senior people, with whom Nina has often been in total disagreement.

This culture of challenging your own beliefs and engaging with views that differ from your own has led her to reflect more deeply on what she believes will be one of the most important issues of our time, particularly when addressing the climate crisis:

“We’ve built up democratic systems that are entirely contingent on slowness. This is important because if we want to have systems where we hear a range of different voices, we can’t rush things through. But challenges such as emerging technologies and climate change that are moving really fast and require rapid responses do not sit well with our traditional conception of democracy.”

After the MPP, Nina is unsure which sector she will return to first. She is learning that ultimately, the real capacity for change and decision-making rests with government. However, she is also certain that the only way to end energy poverty and achieve the energy transition will be through public-private partnerships. Whatever she does next, it’s clear that she has a firm understanding of her role:

“My parents had a saying in my family when I was growing up – you have to use your abilities and opportunities to improve those of others. And I think this is also the ethos of the Public Service Scholarship.”