A conversation with Chief Judge Patti Saris, ex-chair of the U.S. Sentencing Commission

This event is free and open to all. 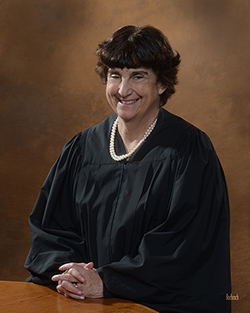 Patti B. Saris became Chief Judge of the U.S. District Court for the District of Massachusetts on January 1, 2013. She also served as Chair of the United States Sentencing Commission from 2010 to 2017.  She previously held a number of public appointments, including staff counsel to the U.S. Senate Judiciary Committee, Assistant U.S. Attorney and Chief of the Civil Division for the District of Massachusetts,  U.S. Magistrate, and Associate Justice of the Massachusetts Superior Court. She was appointed a U.S. Federal Judge in 1993. She was President of the Harvard Board of Overseers in 2006 and has served in visiting committees at Harvard University for the Law School, Education School, and the Kennedy School of Government. She was elected a Fellow of the American Academy of Arts and Sciences in 2014.