Skip to main content
Ukraine: the implications
Blavatnik School of Government and Zoom
Open to the public
This event is free - register below to attend

Please note: the in-person element of this event is now fully booked. Register below to attend this event through Zoom.

As the invasion of Ukraine continues, more than two million Ukrainians have fled the country and fears that President Putin may resort to the use of nuclear weapons are rising.

This event is also available to watch via Zoom or on our Youtube channel. 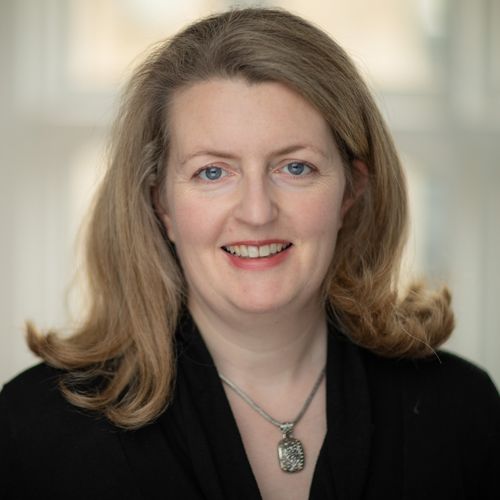 Cathryn Costello is Andrew W Mellon Professor of International Refugee and Migration Law, and a fellow of St Antony's College at the University of Oxford.  From 2003–2013, she was Francis Reynolds Fellow and Tutor in EU and Public Law at Worcester College, Oxford, during which time she also completed her DPhil studies on EU asylum and immigration law.

Cathryn has published widely on many aspects of EU and human rights law, including asylum and refugee law, immigration, EU Citizenship and third-country national family members, family reunification and immigration detention.  Her monograph The Human Rights of Migrants and Refugees in European Law was published by OUP at the end of 2015. She also researches the intersections of immigration, asylum and labour law.   Her work on this theme includes an edited collection (with Mark Freedland) Migrants at Work:  Immigration and Vulnerability in Labour Law (Oxford University Press 2014) and a book chapter, 'Migrants and Forced Labour: A Labour Law Response' in A Bogg, C Costello, A Davies, J Prassl (eds) The Autonomy of Labour Law (Hart Publishing 2014).

Cathryn has undertaken research for UNHCR, the Council of Europe and the European Parliament. She is regularly invited to address diverse audiences, both academic and practical, such as the European Council of Refugees and Exiles (ECRE) and International Association of Refugee Law Judges (IARLJ). She is also a Senior Research Associate of the Refugee Law Initiative of the University of London. She previously served on the boards of both the Irish Refugee Council and Immigrant Council of Ireland 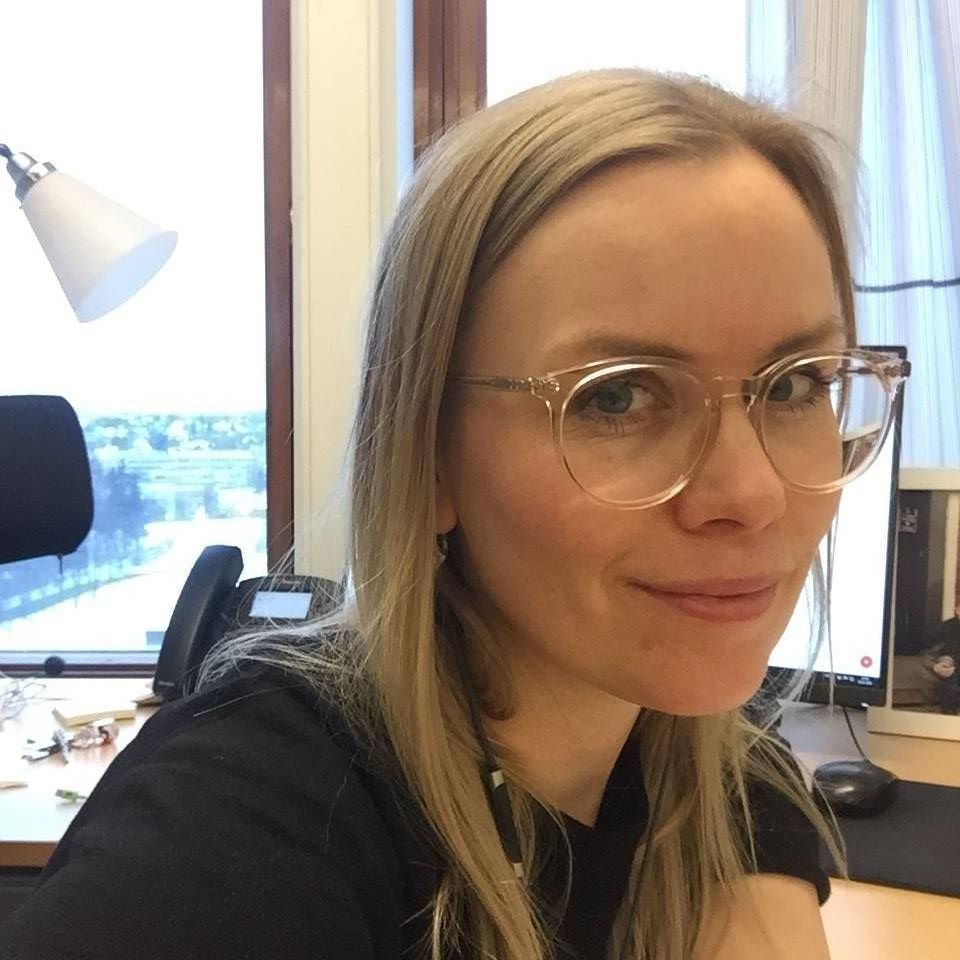 Målfrid Braut-Hegghammer is an Associate Professor of Political Science at the University of Oslo, whose research interests span nuclear strategy, security studies, global nuclear governance and authoritarian regimes. Prior to this, she was Assistant Professor at the Norwegian Institute for Defence Studies and held fellowships at the Center for International Security and Cooperation, Freeman Spogli Institute, Stanford University. Between 2008 and 2010 she was a predoctoral and postdoctoral fellow at Harvard University's Belfer Center for Science and International Affairs. Braut-Hegghammer received her PhD, entitled “Nuclear Entrepreneurs: Drivers of Nuclear Proliferation” from the London School of Economics in 2010. She received the British International Studies Association’s Michael Nicholson Thesis Prize that same year for her work.

Målfrid has published extensively on global nuclear governance including the monograph Unclear Physics: Why Iraq and Libya failed to build nuclear weapons (2016) published by Cornell University Press. She is associate editor of the International Security journal, and a member of the editorial board of Internasjonal Politikk. She also sits on the board of the Norwegian Institute of International Affairs. 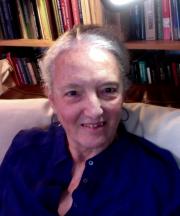 Carol Scott Leonard, University Lecturer in Regional Studies of the Post-Communist States from 1997, was elected to an Emeritus Fellowship in October 2011.

She was a Fellow of St Antony's and, when she first came to Oxford in 1996, a Visiting Fellow of All Souls College, after spending two years as resident economic adviser for the US Treasury to the Ministry of Finance of the Russian Federation.

She received her doctorate in history at Indiana University (Bloomington), and taught Russian history at Lafayette College (Pennsylvania), and then as Professor of History at the State University of New York.

Subsequently, she changed fields following graduate study of economics at the California Institute of Technology supported by a grant from the US National Science Foundation. A former research associate of the Russian Research Centre of Harvard University, she taught and did research at the College on regional aspects of the transition. She has been a project director and consultant for international donor agency projects on transition issues, including rural poverty, the public sector, and the regional financial sector in Russia and Ukraine.

Since 2012, she has been professor of social science and Director of the Center for Russian Studies at the Presidential Academy for the National Economy and Public Administration in Moscow, Russia. She is also a lead researcher in regional studies at the Higher School of Economics. She focuses on Russian agrarian reform, Russia’s Arctic cities, privatisation, and the economic history of Russia and the Soviet Union.

Her book publications include Reform and Regicide: The Reign of Peter III of Russia (1993), Agrarian Organization during Industrialization: Europe, Russia and America in the Nineteenth Century (1989), Microeconomic Change in Central and Eastern Europe (2002), Agrarian Reform in Russia: The Road from Serfdom (2011, 2015), translated into Russian as Agrarnye reform v Rossii: doroga iz rabstva (2019), Privatization and Transition in Russia in the Early 1990s (with David Pitt-Watson) (2013) and forthcoming, The Russian Revolution: Memory and Legacy (with Daniel Orlovsky and Yurij Petrov). 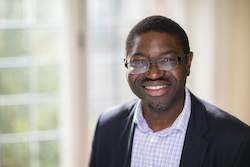 Dapo Akande is a Fellow at Exeter College and co-director of the Oxford Institute for Ethics, Law and Armed Conflict (ELAC). In early March, Dapo joined former UK Prime Minister Gordon Brown and Ukrainian Foreign Minister Dmytro Kuleba in calling for a special tribunal to prosecute the crime of aggression committed against Ukraine.

Before moving to the Blavatnik School, he was Professor of Public International Law at Oxford Law Faculty and was, from 2012 to 2017, co-director of the Oxford Martin Programme on Human Rights for Future Generations. He has held visiting professorships at Yale Law School, the University of Miami School of Law and the Catolica Global Law School, Lisbon. He was the 2015 Sir Ninian Stephen Visiting Scholar at the University of Melbourne Law School’s Asia-Pacific Centre for Military Law.

Dapo has generalist interests in international law and has published extensively in this field. He is one of the authors of Oppenheim's International Law: The United Nations (2017, OUP), which was awarded the 2019 Certificate of Merit by the American Society of International Law. He is one of the editors of the Practitioners' Guide to the Application of Human Rights Law in Armed Conflict (2016, OUP), and of Human Rights and 21st Century Challenges: Poverty, Conflict and the Environment (2020, OUP). He was a member of the International Group of Experts that prepared the Tallinn Manual 2.0 on the International Law Applicable to Cyber Operations (2017, CUP) which was commissioned by the NATO Cooperative Cyber Defence Centre of Excellence. He was a member of the International Advisory Panel for the American Law Institute’s project on the Restatement Fourth, The Foreign Relations Law of the United States (2018). 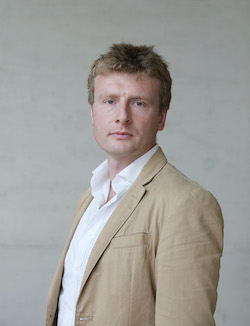 Tom Simpson is Associate Professor of Philosophy and Public Policy at the Blavatnik School of Government, University of Oxford, and a Senior Research Fellow at Wadham College.

He works particularly on trust, and issues at the intersection of technology and security. He also has expertise in military strategy and the consequences of war for global security.

Between his studies, he was an officer with the Royal Marines Commandos for five years, serving in Northern Ireland; Baghdad, Iraq; and Helmand Province, Afghanistan. 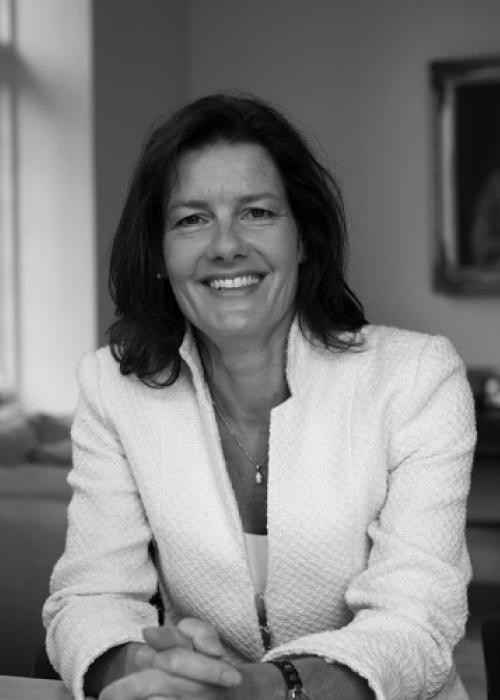 Ngaire Woods is the founding Dean of the Blavatnik School of Government and Professor of Global Economic Governance at Oxford University. Her research focuses on how to enhance the governance of organisations, the challenges of globalisation, global development, and the role of international institutions and global economic governance. She founded the Global Economic Governance Programme at Oxford University, and co-founded (with Robert O. Keohane) the Oxford-Princeton Global Leaders Fellowship programme. She led the creation of the Blavatnik School of Government.