Trust-building in an age of discontent: in conversation with Rajmohan Gandhi

Lessons from Mahatma Gandhi on the 150th anniversary of his birth
Blavatnik School of Government, University of Oxford, Radcliffe Observatory Quarter, Woodstock Road, Oxford OX2 6GG
Open to the public
This event is free - register below to attend
Discussion

Trust in business and political elites in the Western world is at historic lows – there is little trust of elites by those they govern, and the elites themselves often don’t trust each other. Gandhi is credited with transforming the Indian National Congress from its elitist origins into a popular mass movement. The process required thoughtful trust-building between elites and ordinary citizens and across the elites themselves. In the process, he created an expansive moral umbrella under which flourished diverse ideologies, including the socialism of Nehru and the realism of Patel. Are Gandhi’s methods of trust-building relevant in the West today?

To commemorate the 150th anniversary of Mahatma Gandhi's birth, join his grandson Rajmohan, a celebrated author and social activist, for a conversation with Karthik Ramanna, Professor of Business and Public Policy and Director of the Master of Public Policy.

This event is being held in collaboration with Faith in Leadership, based at St Benet's Hall. 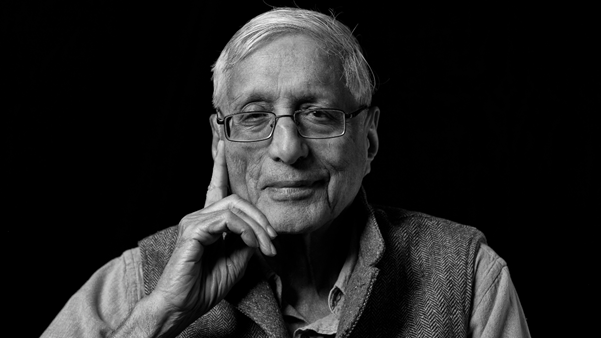 Author of more than a dozen books, Rajmohan Gandhi was, until end-2012, a professor at the Center for South Asian and Middle Eastern Studies, University of Illinois at Urbana-Champaign. He continues to teach as visiting professor at the Indian Institute of Technology, Gandhinagar, and at Michigan State University, East Lansing, Michigan. From 1990 to 1992 he was a member of the Rajya Sabha (the upper house of the Indian Parliament). Earlier in 1990, he led the Indian delegation to the UN Human Rights Commission in Geneva. India-Pakistan and Hindu-Muslim reconciliation have remained his goals. Since 9/11, he has also tried to address the divide between the West and the world of Islam.

See all events
Religious minorities in international law: a story of gaps and cracks

AI and the biased society: Is Europe ready for an algorithmic world?

An examination of how to build fairness into machine learning, ensuring that AI does not reflect and exacerbate existing biases and inequality in our societies