Join Professor Harold Koh for a discussion of his new book, The Trump Administration and International Law.

The event will be chaired by Dapo Akande, Professor of Public International Law and Co-Director of the Oxford Institute for Ethics, Law and Armed Conflict.

Shaheed Fatima QC will be a discussant. 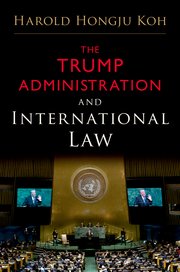 The Trump Administration and International Law answers one of the most pressing questions of our time: who is winning the battle of Donald Trump versus international law? This clear and comprehensive tour d'horizon, by one of America's leading international lawyers, explains why, in his first two years, Trump is not "winning" in his effort to resign the US from global leadership, and how the Resistance is blunting his initiatives.

The book surveys many fields of international law: immigration and refugees, human rights, climate change, denuclearisation, trade diplomacy, relations with North Korea, Russia and Ukraine, and America's "Forever War" against Al Qaeda and the Islamic State and its challenges in Syria. 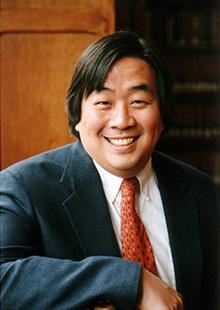 Professor Harold Koh is Sterling Professor of International Law and former Dean at Yale Law School. He served as Legal Adviser, US Department of State from 2009-13; Assistant Secretary of State for Democracy, Human Rights, and Labor from 1998-2001; and Attorney-Adviser, Office of Legal Counsel, US Department of Justice, from 1983-85.

This event is co-hosted with the Oxford Institute for Ethics, Law and Armed Conflict which is based at the Blavatnik School of Government.